“Throughout the course of history, the world has been struck with countless viruses that have taken millions of lives.”

Throughout the course of history, the world has been struck with countless viruses that have taken millions of lives. The world is currently in the middle of a global pandemic that has taken the lives of millions of people all over the world, Covid-19. However, there is a virus that has infected the world for billions of years and has taken more lives than the Black Plague,  Spanish Flu, Polio, and even both world wars combined, this virus is known as racism.

For billions of years, racism has been causing damage to the human soul, spirit, and mind. Various groups of people have been fighting this deadly virus that has caused wars 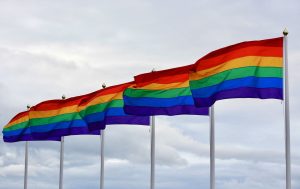 and genocides throughout history. Slavery and antisemitism are the variants of racism, which have incited other conflicts in different parts of the world. The most notorious conflict in human history, regarding racism, is the Holocaust. The genocide took the lives of six million Jews, Slavs, members of the LGBTQ community, and people with disabilities. Racism was the root cause of this conflict that started a war where fifty countries took part in it and claimed the lives of sixty-five million people across the world. Many survivors from the Holocaust and the war tell their stories of what they lived through and they always advise others to condemn racism whenever they see it. At one point the world would believe that racism would vanish from the phase of the planet, but that is only a wish that a person can make and hope it becomes a reality.

The sad reality is that racism is a virus that the world has not recovered from. Over the course of the past two weeks, Meghan Markle’s name has been on all headlines. In an interview with Oprah Winfrey, Markel stated how the Royal family was concerned with her baby’s color of skin. Countless reactions went throughout the internet, some claiming that Markle had been lying about the racism she experienced, and others were doing the human thing which is consoling Markle for the hatred she experienced while living with the Royal family. Markle also stated that she had thought about taking her own life because of the racist comments she felt towards her and her unborn baby. Markle was not able to seek professional help due to the strict restriction the Royal institution posed on her and Prince Harry. Once again some people were skeptical about her accusations against the Royal family. Personally, it is difficult to comprehend why a person would lie about feeling targeted based on the color of their child’s skin or at the fact that a person was thinking about committing suicide and confessed on national television. These are serious issues that billions of people have to deal with and sadly they have lost their lives due to these problems. Many people have taken this situation personally and claim that Markle and Prince Harry deserve to be treated better. It is the right thing to do according to many celebrities, and yes there are other celebrities and television personalities that disagree with everything Markle stated in the interview with Oprah; Morgan Piers being one of them claimed that he had his doubts about Markel’s statements against the Royal family. A couple of days later Piers had resigned from Good Morning Britain and showed the world that he stood for what he said about Markle. To many people, it is depressing to see how there are people who are willing to defend racism instead of condemning it or even doubt that someone was considering taking their own life. The United States is no exception from this unfortunate reality. 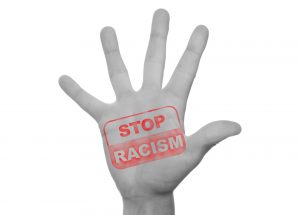 On March 16th, 2021 there was a fatal shooting in Atlanta Georgia at three Atlanta-areas spas where eight people, including six Asian women, lost their lives. Many people believe this was a hate crime against Asian Americans since there has been a surge of hate crimes in the past year against Asian Americans. The shooter stated that this was not a hate crime against Asian Americans, but rather it was to get rid of sexual temptations and desires. He is using his religious beliefs as an excuse to kill these women. As a Christian, I find it very offensive that they would use the peaceful practices and teachings as a justification to defend some of their hateful acts against a minority group in the United States of America. Celebrities have taken it upon themselves to raise awareness to fight against racism targeting Asian Americans with the hashtag Stop Asian Hate. Countless people across the country have stepped up against the hatred the Asian community has been dealing with over the past year. The African American community and other minority groups have taken a stand next to the Asian community because they know what it is like to suffer due to this virus and they will not allow it to continue. They will not be silenced because these minority groups understand that if one of these minority groups is being targeted they all are being targeted. We are all one no matter where we come from.

No one deserves to be treated this way especially when they had nothing to do with a disease that surged in a foreign country. Hatred has no place in the world, the best way to eradicate this deadly virus is through love and tolerance towards one another.