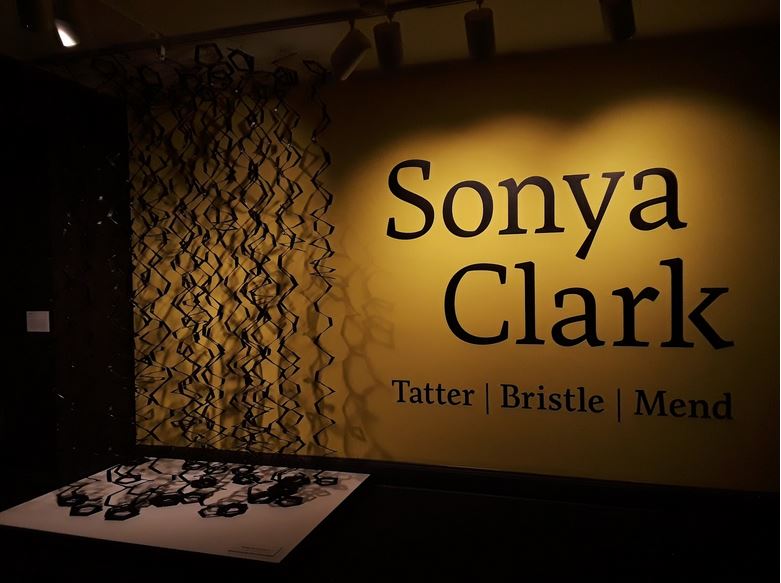 “In honor of Women’s History Month, Marymount’s Office of Ministry and Spiritual Life sponsored a trip to the National Museum of Women in the Arts, NMWA.”

In honor of Women’s History Month, Marymount’s Office of Ministry and Spiritual Life sponsored a trip to the National Museum of Women in the Arts, NMWA. Students were invited to explore the museum together for the day. In addition to the many painti 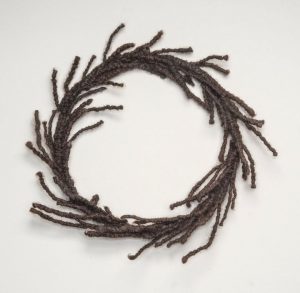 ngs and photographs that make their permanent home in its collection, one artists’ work stood out.

The works of Sonya Clark are currently being featured at the NMWA in the exhibit Tatter, Bristle, and Mend. The exhibit is her first solo retrospective, with works from her 25+ year-long career. Clark is a textile artist, known for her mixed media works. In fact, several pieces of Clark’s were made of her own hair. The transformation of everyday objects, like hair combs and flags, serve to reinforce the complicated themes she highlights. Many of Clark’s works dealt with the historical relationships between Black people and American history.

One particularly meaningful collection of pieces were modified and altered confederate flags. They are called, respectively, Unraveled, Unraveling, and Unraveled Persistence (2015, 2015, 2016). These were created shortly after the murder of churchgoers in South Carolina, in 2016, by White Supremacists. The works are intended to represent the lasting effects and the meaning of the confederate flag over time. She shows the staying power of white supremacy, and how long it takes to remove its influences on our culture. Further, she poses the question if it is even po 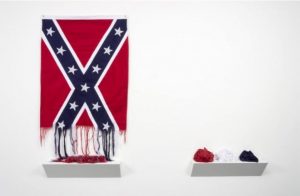 ssible to remove white supremacy in its entirety.

Clark is currently a Professor of Art at Amherst College in Massachusetts. Her distinguished career includes a number of awards and honors, including a United States Artists Fellowship, a Pollock Krasner award, an 1858 Prize, an Art Prize Grand Jurors Award, and an Anonymous Was a Woman Award. Sonya Clark: Tatter, Bristle, and Mend will be on show from March 3rd through May 31st of this year.