“After premiering on January 15th, WandaVision is the latest hit addition to Marvel’s growing  catalogue of TV and movies.”

After premiering on January 15th, WandaVision is the latest hit addition to Marvel’s growing  catalogue of TV and movies. It follows characters The Scarlet Witch and Vision, played by Elizabeth Olsen and Paul Bettany. The premier sets up an intriguing mystery- these blockbuster superheroes seem to be starring in a classic TV show, parodying the likes of Bewitched and The Brady Bunch. But, as each episode hints at, there is something fishy about the idyllic all-American life shown on screen.

Marvel has created other TV; ABC’s Agents of Shield & Agent Carter, and Netflix’s Jessica Jones, among others. However, none of them had critical or fan praise that comes close to this 2021 program. What makes this one special? 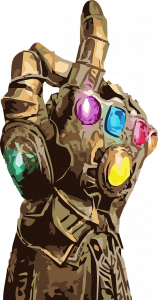 Upon first watching, WandaVision is an exceptionally creative mystery, unlike any of the other superhero TV before it. Shortly after each episode is released, channels like ScreenCrush rush to analyze every possible clue. Die-hard superhero fans may catch allusions to the comic book stories, but many of the general audience has no clue what to expect from the storyline. After Spiderman: Far From Home premiered in 2019, Marvel began it’s “Phase 4”. For those unfamiliar with the franchise’s structure, each “Phase” groups together films and shows that center around a specific plotline. With the main villain from Phase 3, Thanos, out of the picture, the Phase 4 plotline is riding on shows like WandaVision to set up the main conflict. 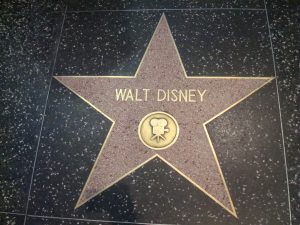 Notably, it’s one of the first major Marvel properties to debut on Disney+, the company’s exclusive streaming service. One can speculate that a big studio’s safety cushion contributes to WandaVision’s wacky formula. Unlike NBC or HBO, Disney+ programs aren’t dependent on ratings like a traditional cable show.

Disney is a household name with hundreds of classics. Many Disney+ subscribers pay for the service to access specific items, like childhood classics and other franchises, like Star Wars. Additionally, Disney+ has the entire catalogue of family-friendly Disney Channel properties, serving as a replacement for the traditional cable channel. As compared to Netflix, this “bubble” can allow directors to take a more creative risk. Even if WandaVision was a flop with audiences, the watchers of Frozen and Moana wouldn’t blink an eye. These other properties continue to ensure subscribers- let alone service exclusives like Lin Manuel Miranda’s hit musical Hamilton. As of December 2020, CNBC reported the service had 86.8 million Disney+ subscribers. 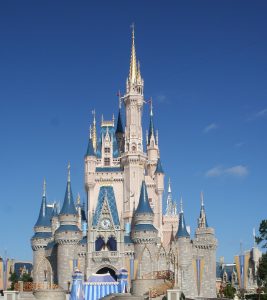 isney+’s has another hit original show: The Mandalorian. Given the critical and financial success of the most recent season 2, watchers are eagerly waiting for the next episode.

The series is directed by Matt Shakman, who has worked on episodes of Game of Thrones and It’s Always Sunny in Philadelphia. The show was written and created by Jac Schaeffer, first writer for Black Widow and a co-writer of Captain Marvel. The WandaVision season finale premiered Friday, March 5th on Disney+.