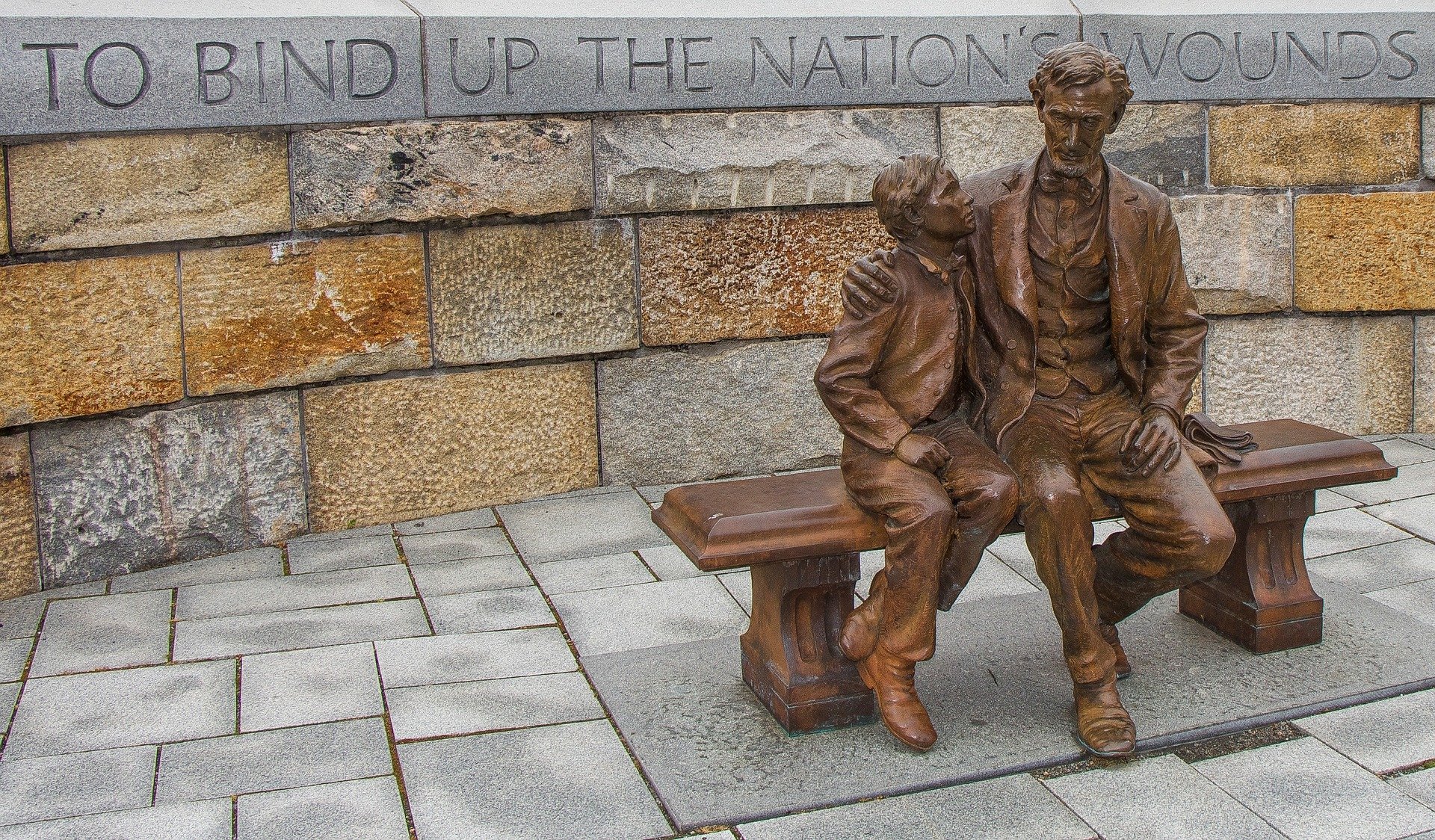 “For those not privy to satire, Osama bin Laden should not have this sort of treatment…but to that point, neither should Confederate figures.”

All 50 state governments and the nation’s capital should erect statues of Osama bin Laden. They should rename streets after the anti-American terrorist; Osama bin Laden Avenue has a ring to it. They should name parks and schools after the man that killed almost 3,000 Americans. If a traitorous insurgent like Robert E. Lee and his band of misfit minutemen could have memorials erected in their honor, schools, streets, parks, and other public spaces named after them, why can’t Osama bin Laden? The Confederates were anti-American just like bin Laden—it is of grave importance that distinction is made. The Confederates were domestic terrorists killing hundreds of thousands of Americans just like bin Laden. The Confederates committed treason against the United States, but even more than that, they lost. The Confederacy lost. Robert E. Lee surrendered to the Union Army on April 9, 1865, thus losing the Civil War. Yet, America memorializes these rebellious, anti-American insurrectionists going so far as to immortalize them in bronze.

(For those not privy to satire, Osama bin Laden should not have this sort of treatment…but to that point, neither should Confederate figures.)

According to the Southern Poverty Law Center, in an article published on their website on February 1, 2019, titled Whose Heritage? Public Symbols of the Confederacy, there are about 1,747 Confederate monuments in the United States. These monuments, as enumerated by the SPLC, include 780 monuments, 103 public K-12 schools and 3 colleges (named after Robert E. Lee, Jeffe 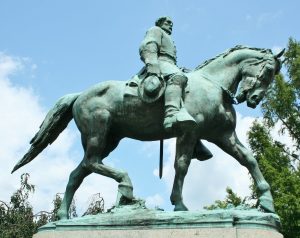 rson Davis, and other Confederate leaders), 80 counties and cities, 9 observed state holidays, and 10—yes, 10!—U.S. military bases, one of which is Fort Lee.

America is unique in that it is the only country that flaunts public memorials of treasonous losers.

Despite the mental gymnastics, contortions, and acrobatics that Confederate apologists perform to avoid the blue whale in the room, at its core, the reason the South rose up against the North was because they feared that they were going to lose their slave labor. Translation: men went to war against and killed their former countrymen under the guise of “state’s rights” which is another way of saying so that they could own another human being, more specifically, black human beings.

To America’s credit though, there have been faithful efforts to remove painful Confederate reminders especially in response to the growing outrage of police brutality felt most strongly by African Americans. On December 21, 2020, Virginia Governor Ralph Northam issued a press release notifying the public of the removal of the Virginia statue of Robert E. Lee from the U.S. Capitol. A Commission for Historical Statues in the United States Capitol, established by Governor Northam, selected civil rights activist Barbara Johns to stand in place of Lee at the U.S. Capitol. The governor of New York, Andrew Cuomo, signed legislation in December 2020 prohibiting the state of New York from the selling or the displaying of symbols of hate… unless the image appears in a book, digital medium, muse

or serves an educational or historical purpose…including “symbols of white supremacist and neo-Nazi ideology or the Battle Flag of the Confederacy”. (It is important to note that the state of New York was not a part of the Confederacy during the Civil War but was part of the Union). On June 23, 2018, the Alexandria City Council voted unanimously to rename Jefferson Davis Highway to Richmond Highway. 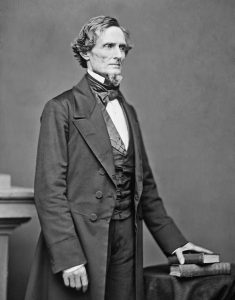 Confederate sympathizers pathetically cry, “You’re erasing our history! This is an affront—an erasure of white people!” John Brown, the abolitionist, is a superb historical figure to celebrate and immortalize in bronze. Elijah P. Lovejoy, Harriet Beecher Stowe, and William Lloyd Garrison are suitable white Americans to have schools, parks, and streets named after. No black American in their right mind would clamor about such a decision. Confederate history, however, can be recounted adequately in textbooks. Confederate history can be laid out in accurate representations via documentaries. Museums serve as appropriate venues to display Confederate images while simultaneously providing their proper context. What is inappropriate is erecting statues of war criminals, anti-American foes, rebels, domestic terrorists who killed over 100,000 loyal Americans. History must be laid out plainly: the American Civil War was not some petty argument in which no lives were lost. Eleven states seceded from the Union—the United States of America—and formed a new country called the Confederate States of America. Just because both countries shared the same landmass does not mean that the two countries were one. The Confederacy instituted their own president, Jefferson Davis; each state drafted articles for secession, where some, like Georgia, cited the issue of slavery very explicitly as their reason for secession while others hinted at the institution of slavery in a very roundabout way; and, they formed their own army. The Confederate States of America was not America. It was not the Union. Therefore, American state governments, especially those who were part of the Union, should denounce the embronzing of anti-American insurrectionists like its government would reject the erection of a statue of Osama bin Laden—even more so since they lost! 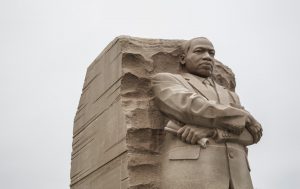 If America is striving to “form a more perfect Union” that she claims to in the Preamble of the Constitution of the United States, she should raise up more monuments of Union leaders, victors such as General Ulysses S. Grant or General William T. Sherman. Rename schools, parks, military bases, streets, and highways after people like President Lyndon B. Johnson, Langston Hughes, Major General George G. Meade, or Revered Dr. Martin Luther King, Jr. If black people are to “get over slavery” as many urge them to do, how can that happen if those same black people are surrounded by imagery and public memorials that hearkens to a very dark chapter in American history? How can healing begin in this “more perfect Union” if those who defend Confederate iconography do not get over their loss and, simultaneously, acknowledge that the reason the 11 southern states seceded from the Union was to preserve approximately one state’s right, which was the right for white male citizens to own black slaves?

Just as the notion would be rejected, repudiated, and utterly reprimanded of erecting statues or public memorials of Osama bin Laden, the same impulse needs to be had towards the anti-American Confederates. The very heavy, extremely uncomfortable task needs to commence of the cessation of celebration of these rebellious, incorrigible, anti-American figures.