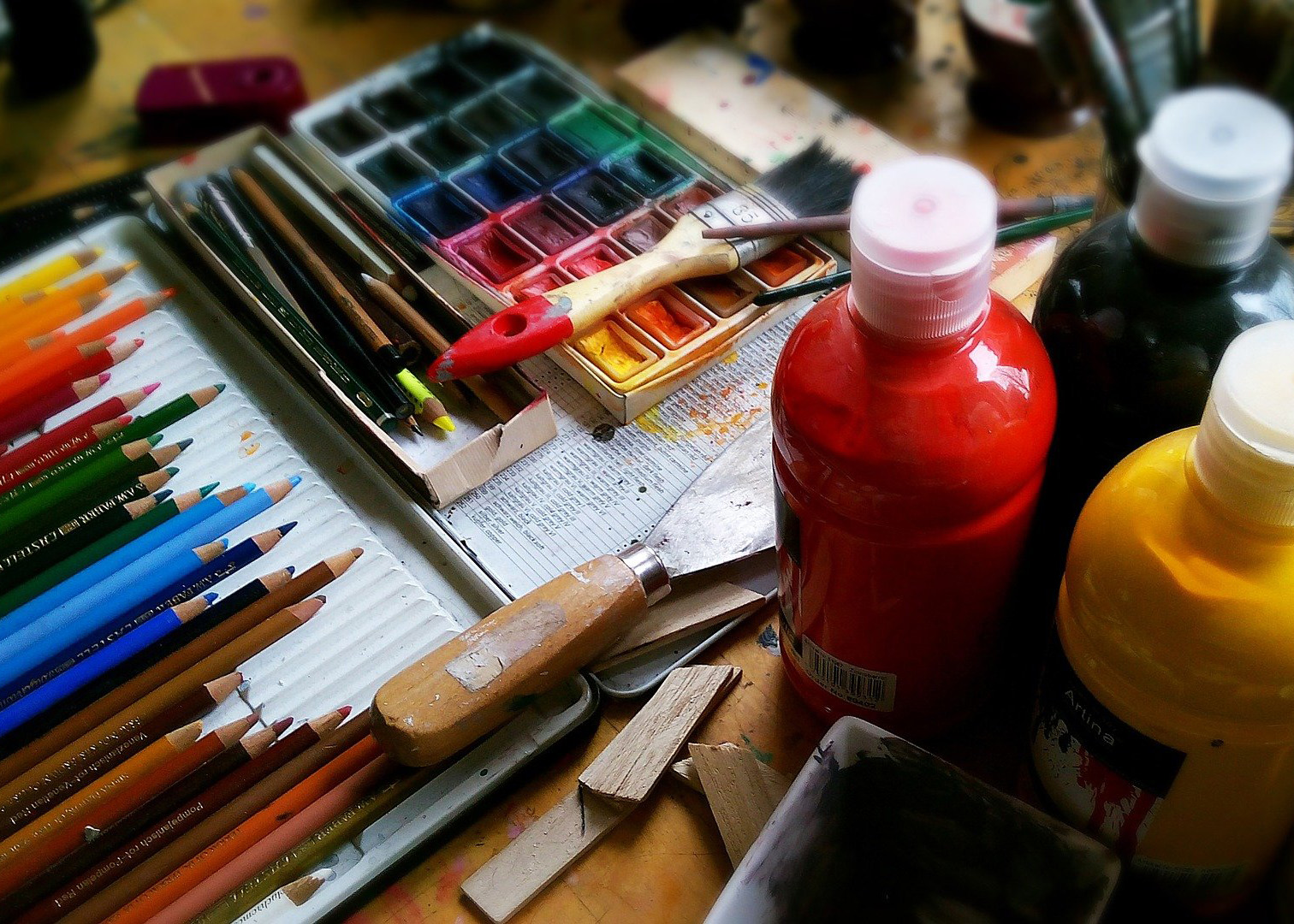 “Some students claim to have more down time than in the past, and seek to find new ways of challenging themselves.” 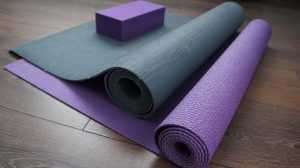 With college campuses across the country remaining closed in response to the COVID-19 Pandemic, students are experiencing a change to their online and in person classes this semester. Some students claim to have more down time than in the past, and seek to find new ways of challenging themselves. But at the same time some also find that the work feels much greater than what it actually is. So what are students doing during their newfound free time?

Miles Brown, a junior at Marymount studying criminal justice is living off campus this year, and trying to find new ways to spend his downtime. Brown is a part of the men’s basketball team, which has somewhat limited his contact with some of his friends because of safety measures. His junior season for the men’s basketball team was postponed indefinitely due to the Atlantic East Conference’s new rules and announcements, which has given him time to come up with new habits to keep occupied.

With this newfound free time Brown has been trying to keep his body and mind active in hopes that his season will be reinstated, “I actually started to watch yoga videos on youtube because I wanted to learn how to find a way to calm down and relieve my stress throughout my week really. I also took a yoga class in the past at Marymount so I wanted to get back into it again to help my flexibility,” said Brown.

What comes with being a student athlete can be overwhelming for many, you are constantly found looking for a break to relax, and yoga has been proven to be a useful form of escape and recovery for Brown. In fact, according to Jain Vikas from The Statesmen, flexibility is a sign of a healthy body, which allows for greater blood circulation, allowing for more oxygen to reach the muscles and brain.

“It helps me stay balanced, I like to take about 20 minutes a day to unwind and stretch my body after a long day of school and practice. It’s my third year so i’ve found other ways to stay in shape and healthy,” said Brown.

Finding new hobbies during the pandemic is important for many reasons, the opportunity to possibly learn a new skill is something that many of us don’t realize and these opportunities allow people to be creative and be happy overall. In an article called “How hobbies helped people stay positive during lockdown”, Anna Turns reported that a study showed  “41 percent of those taking up new activity have reported a positive impact on their mental health.” Although some of the things that people did in the past are no longer an option, being able to find fun in college shouldn’t be too difficult.

“I think there’s a lot to be learned from all of this. I believe that although I can’t see my friends from back home and on campus, it has given me the chance to learn how to reach out more to the people I care about,” said Brown.

Brown wants to continue to stay healthy and active as well as stay on top of his assignments this semester. Since quarantine started, he has been dedicating more time to studying and taking extra notes.

“I have been using this time to study more because it feels like school work has doubled since the transition to online, but I love my major so it’s fine really,” said Brown.

Davian Hester, a Shepherd University student who is studying Business marketing, has been developing a new skill during COVID-19, and it’s something he’s found a passion in. He 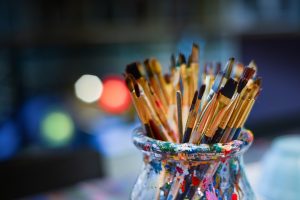 has found an interest in custom shoe painting and selling his artwork. His custom shoes have taken notice of many students at Shepherd, and has since given him the opportunity to create his own Instagram to create a following for his new hobby. Hester was surprised to find that he had a talent with art and painting.

“It’s pretty cool actually to be able to do something I never thought I’d do, I love the feeling of creating artwork for people and getting paid for it. This pandemic has been really stuipid but it’s given me a chance to do something fun and that’s a cool story I guess,” said Hester.

He believes that schoolwork hasn’t been that big of a problem, but still feels like a larger workload has been placed, just like the other students have said. For many this may be different depending on their declared major.

“I haven’t had any issues with being overwhelmed with work just yet, I do feel like there has been more work that was put on me then last year but its fine. It’s not like we have to go to class or anything,” said Hester.

According to Ana Homayoun of the Washington Post, in an article about how students can use their free time, using this time to make creative pursuits to relieve stress is very important. Other students in this article juggle school and other tasks but manage to create time to try something new. It is also recommended to create a fixed schedule that works for you.

Madeline McClellan, a senior communications student at Shepherd University is also trying to do other things with her newfound free time, since school has been online since the semester started. 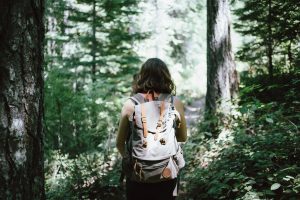 “Recently I have been hiking a lot more and it’s kind of unusual because this time of the year I would be drowning in work but I feel like it’s really given me more time to be more active and go out,” said McClellan

McClellan is also the student editor for the school paper The Picket, she finds that she also has more time to make posts about all the things going at her school. This has allowed for her to be more active in her school community giving others a chance to be featured on the school paper.

“In shepherdstown, there are so many unique and fun people, it’s hard not to find interesting things everyday to write a story about. I like that I have been able to sit back and really think of some great ways to inform the school community and it’s really something I enjoy doing,” said McClellan.

Parker Jackson, a Guildford University Law and Business major has too been on the search for new goals and hobbies. Jackson is a wide receiver for the Guildford football team, and has also been affected  by the COVID-19 pandemic.

Since he has been granted more free time during his season, maintaining his physical form was his main focus. Jackson has too found a new interest in yoga and heavy weightlifting. He believes that through physical exertion, you find a new version of yourself.

“It’s been nuts, ever since our season was postponed I wanted to learn how to preserve my body. My mom had told me about yoga but I always thought it was a joke, but I tried it and wow. I almost immediately started getting more flexible and even got stronger from it. I started to try heavy weightlifting because my body felt so great from it,” said Jackson.

As optimistic as it sounds, it is true that physical exercise does boost your mood and increase your health. According to Kirsten Weir from the American Psychological Association, “usually within five minutes after moderate exercise you get a mood enhancement effect.” Physical exercise has also been linked to preventing and treating anxiety, which is high amongst college students.

“I would like to be able to go back to playing football with the boys and going to class to see my favorite professor in my Law class, but I doubt it’ll happen for a while. Until then, I’m just going to be lifting weights and eating a lot of food so I can get swole,” said Jackson.

There are so many things to do with the free time that college students are now being given with class being held at home. An opportunity to learn something new, rather than sitting around is a smart plan for keeping yourself active and creative during stressful times.

Many students are trying different things with their newfound free time to stay healthy as well as occupied and productive.