A Move to a Cashless Economy 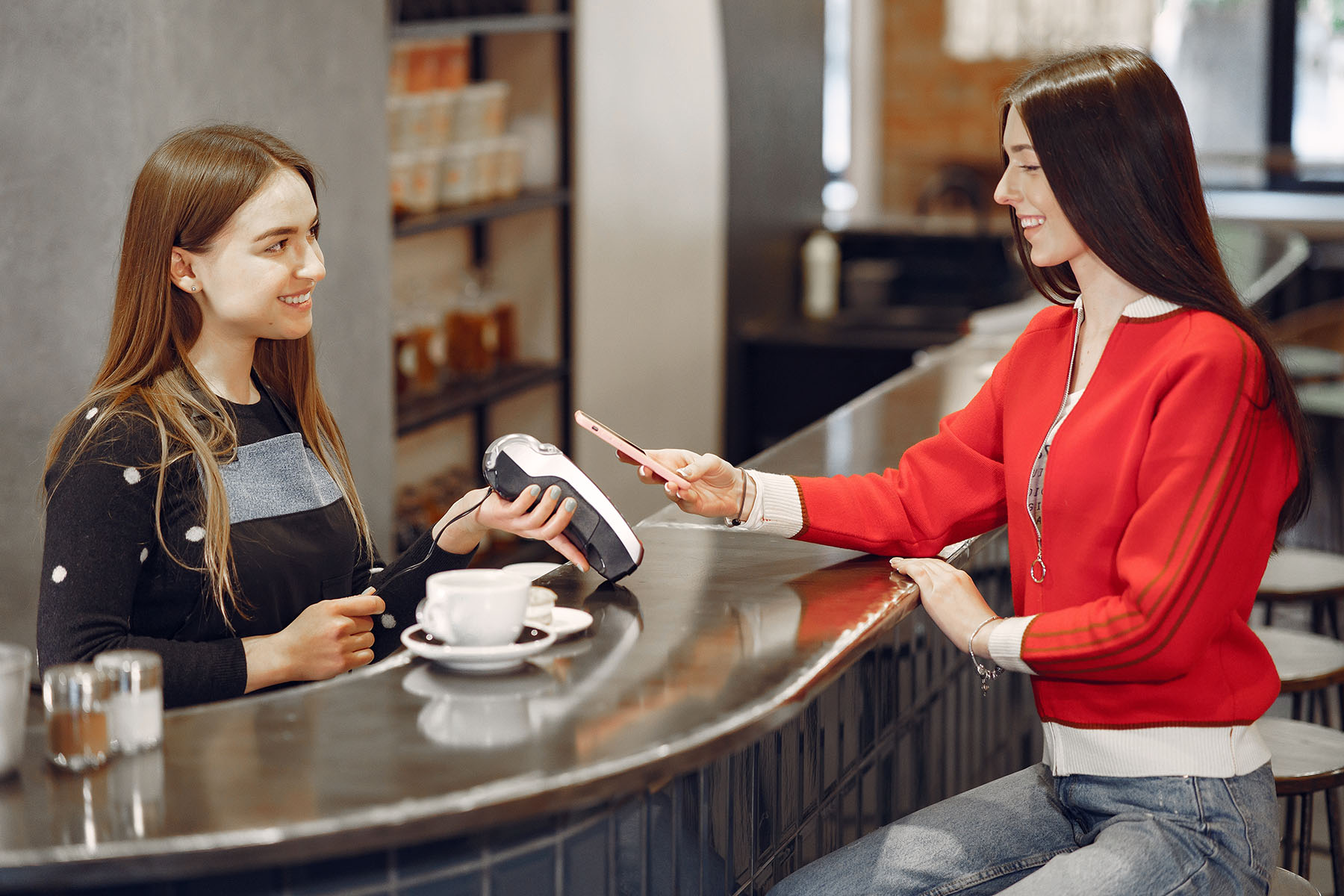 “As a civilization, humanity has continued to evolve the way it interacts in business.”

As a civilization, humanity has continued to evolve the way it interacts in business. Barter trade was how people used to acquire the items they lacked through the exchange in the past, and this worked because it allowed them to share goods and expertise. Money then came to completely change how people gave value to goods and services. Coins became commonplace at markets and went ahead to create financial institutions that later became banks. Coins and notes have for the longest time defined how people transact with regulation bodies being put in place to monitor currency. Technological advancements, as well as new business practices, have changed the way people perceive money. As is the trend, cash transactions are also being threatened by the digital age, which is transforming nearly all the sectors of human interactions. Debit and credit cards have been accepted as modes of making transactions for quite some time but cashless transactions are now being dominated by the smartphone age. Apple Pay, Samsung Pay, and Amazon pay are among the modes of payment being embraced by online shoppers today, and this has led to a decrease in the people still using cash to pay for goods and services. The shift towards a cashless economy raises the question of whether the move is beneficial or ill-advised. 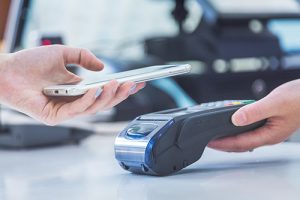 Like the rest of the world, Saudi Arabia has also been moving towards a cashless economy. Apart from debit cards, people in the kingdom also use other online mobile applications like STC Pay, Bayan Pay, Mada Pay, Apple Pay, and Halalah Pay. The Covid-19 pandemic has further cemented the use of cashless payment methods since money is viewed as a conduit for the coronavirus. More businesses have opted for this new system as it safeguards their staff from the virus and allows them to operate under the health guidelines of the state. Despite the worldwide embrace of the cashless economy, it has a different implication for people at different levels of society.

Ahmad Hussein has been a manager for close to 15 years at one of the top-end restaurants in Riyadh, which is the capital of Saudi Arabia. Hussein’s cool demeanor communicates the skill of a man who has mastered patience and persuasion in an industry where the two dictate profit and a steady flow of new and return customers. Hussein has been in the restaurant business for a long time, and he has witnessed first-hand, the shift to a cashless economy. Given that he is 55 years old, Hussein narrates how growing up, he never imagined that people would even contemplate abandoning cash as a mode of payment. “I remember my mother beating me a couple of times after I had lost money to buy some groceries while going to the market,” chuckles Hussein as he shares memories of his youth. Hussein notes that in recent times, restaurants and other businesses around the capital have adopted the cashless system since many of their clients prefer paying with debit cards and their smartphones as opposed to cash. It has been a swift migration in Riyadh where technological advancements have seen smartphones become convenient modes of payment since people always have them in their person.  Hussein teases by saying, “We rarely have change for people who pay in cash these days.” It is an indication that people and businesses have become open to electronic payments, and the once valued cash is slowly losing interest.

Hussein states the embrace of electric cash has improved business. Before people embraced cashless payments, Hussein had the difficult task of sorting out payments and banking the daily cash collected. “I had to carry a lot of cash in my car as I went to the bank, and this always made me scared for my life,” notes Hussein. Cash was also lost at the restaurant, and it was not easy to trace. Thanks to cashless payments, Hussein no longer has to transport thousands of dollars to the bank since money is either deposited to an account through debit payments or to phone applications, which allow them to make easy bank transfers. While gazing at the half-full restaurant, Hussein states that the Covid-19 pandemic has changed everything. “We were forced to turn to home deliveries since people were scared of coming to the restaurant,” laments Hussein. Until recently government directives had made the use of e-payment mandatory to all hotels and restaurants, and Hussein, among others in the business, were forced to adhere to the new policies. The new normal has been challenging, but Hussein points out that his restaurant is considering making a move to non-cash only payments because it is the future. From tourists to locals, Hussein notes that more people are using their cards and smartphones to make orders, especially with the virus still being an issue, and it is only a matter of time before cash payments disappear altogether. 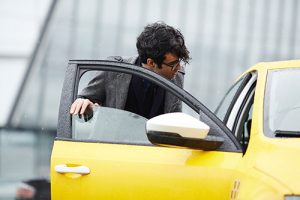 Outside Hussein’s restaurant, Abdul Karim sits in his Taxi waiting for his next customer. In his position as a taxi driver, Karim has been picked up by different waves instigated by technology. Having operated taxis for 20 years, Karim was forced to adapt to technology when Uber and other cab-hailing apps took the world by storm. “Initially, my colleagues and I were against the Uber drivers taking our business, but technology won”, notes Karim. Karim is 57 years old, and just like Hussein, has mastered the art of communicating with his customers and making them comfortable in his presence. As such, Karim is more than willing to share his experiences. Karim continues to narrate that when the second technological wave came in the form of cashless payment, he was smart enough to adopt it at the onset. “I have a place for people to swipe their cards and a number of the mobile money applications,” states Karim as he navigates Riyadh. One could be fooled to think that Karim is not technologically adept but various modes of electronic payment, including STC Pay, Bayan Pay, Mada Pay, and Apple Pay, tell a different story. Karim has fully embraced the cashless system and encourages his customers to do the same. “The days of clients claiming that they forgot their wallets at home are long gone,” Karim says with a smile. In the city, Karim mainly encounters young people and tourists who have embraced cashless payment making his work easier.

With the new modes of payment, Karim has enjoyed his taxi business more than ever before. “The taxi business used to be very dangerous since you could be robbed for having a lot of cash on you,” states Karim. The number of clients paying cash has been dwindling for some time now to a point where Karim sometimes goes home without handling normal cash. Customers also feel secure transacting using electronic cash since they get Karim’s details, assuring them of their safety. Asking him the question that has faced many businesses in 2020 concerning the Covid-19 pandemic, Karim notes that “I believe it has forced us to accept the inevitable.” Karim notes that he knew that the transition to a cashless economy was on the horizon, but he did not expect it to happen this fast. Karim completely avoided cash payments when Saudi Arabia was severely hit by the pandemic. Karim wanted to protect himself and his family while also protecting his business since if he was exposed as a potential spreader of the disease, his source of income would have been shut down. Karim believes that the move to a cashless system is close since businesses have been able to operate under this circumstance due to Covid-19 and will choose to continue doing so due to the various benefits it brings. “We have to keep up with the trends or risk being rendered obsolete when others are seizing opportunities,” states Karim on the future of the industry.

A move away from the city produces a different outlook on the migration to a cashless economy. In the outskirts of the city of Jeddah, which like Riyadh, is a business hub, lies a rural neighbourhood that does not enjoy most of the technological advancements associated with cities. Nadine Aisha is a local grocery vendor who has a small store that tends to a portion of the neighbourhood. Aisha is 25 years old and a single mother of two children who depend on her small business for all their needs. From her various customers, it becomes evident that most of the transactions at her business involve cash. “Most of my customers prefer cash because they do not buy in bulk,” notes Aisha as she sanitizes her hands after dealing with one of her customers. Aisha states that she would like to also embrace the cashless system, but it requires capital to set up, and it is not worth it considering that cash is the main mode of payment in rural areas. Aisha only has one mode of cashless payment, which is Mada Pay and, only a handful of her customers use it to pay for their groceries.

A complete move to the cashless economy would be devastating to Aisha. The grocery vendor deals with cash at various levels of her business, including her suppliers. Aisha notes that the single mobile app she uses costs her money when she makes withdrawals, and over time this accumulates and reduces her profits. “Going cashless would make me lose customers,” exclaims Aisha as dreads the day that it will become a reality. Debit cards are also a rarity in the rural areas, and those who have them only use them when they go to the city. Internet is also a problem, and this makes the reliance on mobile wallets difficult, thus hindering the adoption of a cashless system. “I know I risk contracting Covid-19, but food and shelter for my children come first,” notes Aisha concerning the prevailing pandemic.

Without a doubt, the move to a cashless economy seems to be inevitable, but the timing appears not to be right for its complete adoption. Covid-19 has hastened the process, with many businesses converting to cashless modes of payment to curb the spread of the virus. The cashless system has numerous advantages, especially for governments that can efficiently follow up on taxes and stop money laundering. Businesses also have a lot to benefit from by adopting the system since it makes managing their finances easier. The major issue with the transition to the cashless economy is the digital divide. The internet is not accessible to all areas making it impossible for people to rely on digital transfers. Additionally, not everyone has an income that allows them to have debit and credit cards with small-scale traders like Aisha, often relying on cash payments. The best move, for now, would be allowing both digital payment and cash to co-exist to avoid locking anyone out.