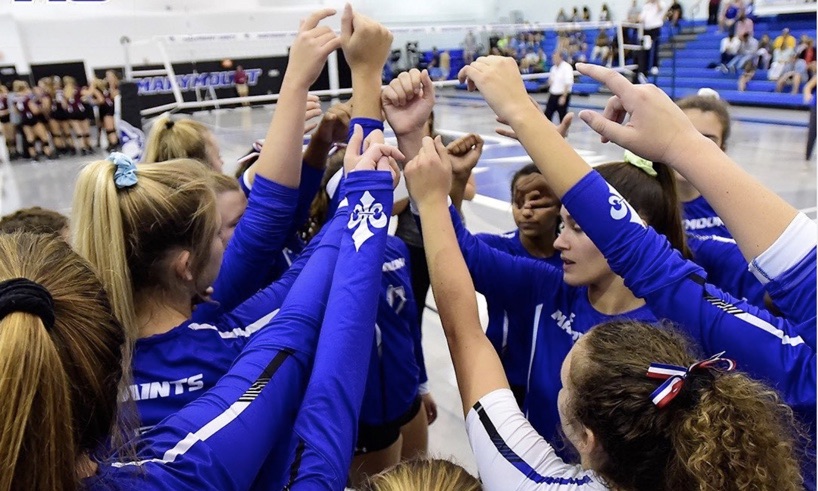 Perceptions of division III athletics have ranged from questioning the dedication of the athletes, the effectiveness of strained resources, and lastly the level of competition.

Marymount hosts programs of Basketball, Cross Country, Golf, Lacrosse, Soccer, Swimming, Tennis, Track and Field, and Volleyball for both women and men. Baseball is another program, however strictly for men participants.

The idea that D-3 Universities are not as worth it as other universities in other divisions is often thrown around.

Certain programs such as Football, are not held at many division III universities including Marymount. One answer for this is finances. Five division one programs spend more than 38.88 million dollars on their football programs. From equipment, to transportation , to scholarships , and lastly paying the coaching staff marks up the hefty bill.

Clemson’s head football coach Dabo Swinney has a current contract of 9,315,600 per year. Such contracts could seem inconceivable, without seeing how much the Universities make in return from the football programs. Alabama University made 164 million dollars off of the athletic department alone. The football program brought in 103 million of that revenue, making up for the 56.21 million spent on their program.

More money is being spent and gained yearly, than many Americans will ever see, even if they lived two life times. Yet these are the extremes of money spending in athletics. At the bottom of salaries for division I football coaches is Mr. Jamey Chadwell of UL Monroe University where he earns 360,000 dollars on a yearly basis.

Such expenses for a division III university can feel far stretched. Without a backing that many D-1 and D-2 universities have, supplying a football program would only deplete the resources from other programs. So, the answer is yes. Many D-3 universities do not have certain programs that D-1 universities have.

But to what extent does that represent those universities’ athletics and athletes? Should universities destroy other programs to fund one football program that may or may not meet the yearly quota of revenue? Or should they elect, as they have many times already to forego a football program to sustain many other programs? The more economical pick for sustainability is the last option.

Choosing the latter, only added however, to the perceptions of D-3 athletics. Which part of the perceptions are true however? Are the athletes not as dedicated to sports? Are athletics not as competitive?

Their answer for freshman Jonathon Moore of Albany University is “ I don’t believe in any of it.” Mr.Moore completed his first season this past fall with the university’s D-1 football program.

“ The only difference from us to other divisions is size and speed,” Mr.Moore elaborated that many things between division to division are characteristics the athletes are born with. “D-3 football players are “dogs”, they are just under sized.”

“Dogs” in the sense of Mr.Moore’s diction, has a definition of being an aggressive, never quitting athlete.

To Mr.Moore, both questions do not end with the answer yes. Feeling not only that the athletes are just as dedicated, but also are competitive. But are words enough to debunk the perception? How does the dedication to a sport become something tangible enough to understand.

The moment he agreed to join the football program, the idea of having a job was out of the window. While also having to depart from home to college in early June, and having to remain on campus until Christmas break, living on campus becomes a yearly experience.

However, food and housing and text books are paid for by the university with a full athletic scholarship.

Initially, freshman Melanie Martinez who participates in the soccer program at Marymount University saw similar sacrifices, having to depart from home to college in advance, while also trying to find a balance of academic and athletic life. During the first semester, in season Ms.Martinez elected to go without a job,  in an action to not stretch her-self to thin adding on to her first semester in college. Currently however, she holds a paid position on campus.

Ms.Martinez starts her day in season at five forty five in the morning, where she and the rest of her soccer team meets for a lift session. Following that she would have practice from seven in the morning to nine in the morning. During the academic year, the practices would get cut a little shorter, in order to get the students to class on time.

“Many days I would go straight from practice right into class,” the tight schedule left many of the athletes little time to spare. Taking fifteen credits (five classes) a semester will keep the athletes going from practice to class back to back on a regular basis.

Clare Polis of the Women’s Cross Country and Track and Field team at Marymount University, has a different routine than most other athletes. She starts practice at seven in the morning then after practice goes directly to class. During the school day, she not only goes from class to class but also will attend club meetings and activities. Towards the end of her academic day Clare trades in the school books for dumbbells as she attends mandatory lift sessions from five to six. After Clare on certain days might go back to attending more club activities or events. This is all done as she commutes from her home to the school.

“I usually don’t get home till around seven,” says Polis, a commuter with a much different athletic experience. She has to plan ahead and be as flexible as possible in order to survive her schedule.

In contrast Mr.Moore starts his morning practice at six, which ends at seven. He won’t find himself practicing again until two in the afternoon ending at five fifteen.

Student athletes on average spend forty hours a week practicing and dedicating time to competition. Leaving the remaining one hundred and twenty eight hours for the athletes, to go to class and do the homework and studies necessary for those classes. Little time is left for sleep ( especially if you want the typical eight hours ) , eating , and being socially active. Adding a job, for many it seems outlandish.

The difference between divisions however, is that there is no contracted agreement between athletes and the universities in D-3. A part of the agreement for the athletes on scholarship in other divisions, is that they are unable or not allowed to work at any time during the season. For Mr.Moore that begins to strain the pockets dry as his season almost runs yearly.

The idea of receiving a scholarship for many athletes is their top goal. However, in D-3 the athletes’ goals shift as they are unable to. Many devote time for athletics out of love for the sports while still pushing for an income to pay for housing and books.

“If I did not have the scholarship, I would not be doing sports in college,” said Moore who held those D-3 athletes in high regard for doing what they were doing without receiving any benefits from the school.

“If I lose a pair of socks, the next morning there will be a new pair in my locker waiting for me.”  At Albany Mr.Moore and his teammates have numerous facilities and help at their hand waiting for them,  due to an enlarged budget and many other benefits going to the school to help create such.

While at Marymount the riches don’t not come so easily. But it is something the athletes have accepted and grown to live with, as Clare Polis feels “It is very difficult” when discussing having to share a locker room with all of the other women’s sports.

“Funding is something that takes time to grow,” said cross country and track and field head coach Jonathon Morrow at Marymount University, who states that the size of the team has a big impact on how much the school will give to fund them. A track and field team just formed in 2020 will take a few years to find its footing in gaining funding. The next biggest impact in funding comes from donations from alumni. Once again a newly organized team will struggle with funding from alumni as they have none.

With scarce resources and funding, coaches and athletes are left making the best out of what they have. Athletes feel as if their coaches are doing the best that can do with what they are given while the coaches feel the same about the athletes. These positive attitudes all around, lead to a good structure that the coaches are hoping to form within their programs.

Many of these positive attitudes are tied together with the athletes drive and love for the sports that they compete in.  The three athletes sharing, slight fear and butterflies moments as the prep for their event. But all three also expressed that the moment they step out for their event whether that be a soccer match, or a race, or a football game that their butterflies go away and their adrenaline kicks in. As they prepare to cash in on the many hours and sacrifices that they had to go through to get to this point.

The three athletes, although taking different paths exuded the same love and passion for the sports that they compete in. Despite the many differences, many of the athletes hold respect for the other athletes no matter their division. Such admiration from the athletes within the sports, could possibly one day lead to the death of stereotypes.

From division to division and from sport to sport many these three athletes shared many characteristics, whether they were part of D-3 athletics or not.