The System of a Basketball Coach 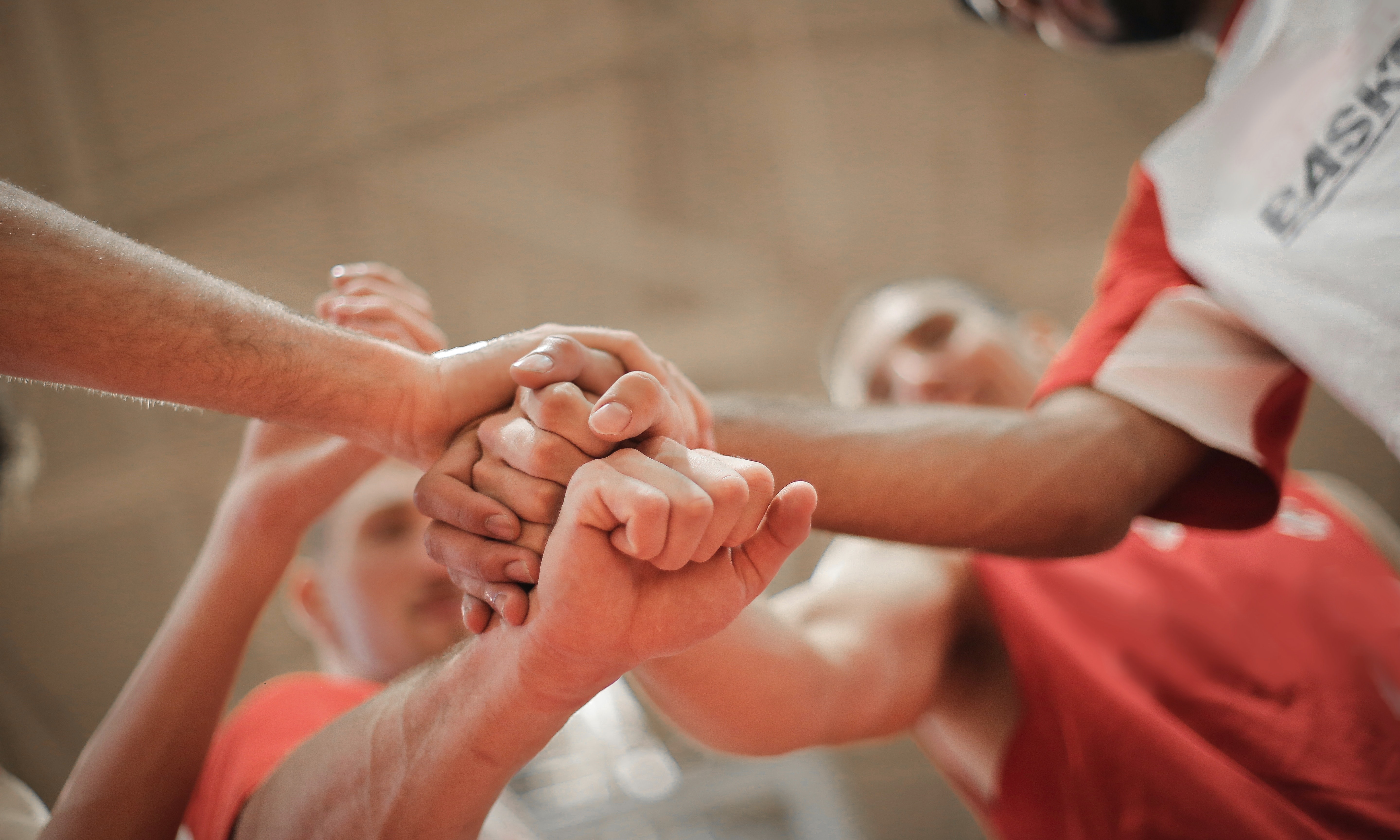 Basketball is a sport that almost everyone likes. Arenas are filled to see top basketball teams battle it out on the court. Of course, there are professional basketball teams, whether they are in the NBA, overseas, or the G-league. Although they are popular, college basketball is a time to see pure talent. College players are showcasing their talent, because they love their sport. Those students went to college to play the sport they love, and fans love to see it. Whether it is Division 1 basketball or Division 3, players have raw talent. Those divisions may be different when it comes to talent level, but all players can relate to coaching styles. Some coaches have programs where everything is a certain structure, while some coaches have programs where they let their players play more freely. It is a big debate whether coaches should be more open to letting their players play freely and showcase their talent instead of being strict and running things their way. It also falls into the type of relationship the coaches have with their players.

Division 1 basketball teams are well known, because that is the highest division in college sports. Division 1 basketball teams have well known conferences, and the most popular one is the Big 10. Penn State is a well-known basketball team that is in the Big 10. Myles Dread is one of the prominent players on the team. As a freshman he averaged 8.3 points per game, and led the team in 3-point field goals with 67. He is now a sophomore and had a great season that was unfortunately cut short because of COVID-19. He plans to have another great season his junior year. Dread is 20 years old and has been playing basketball for 16 years. He committed to Penn State in 2016, and it was one of the best decisions he has ever made. It was interesting, because Dread graduated high school in 2018. Usually, players commit to their college’s senior year of high school and maybe even junior year. He committed early, because he knew that he didn’t want to play for anyone else. Dread explained that Penn State was one of the programs that lets the players play. His coach, Patrick Chambers, is one of the coaches that lets players play to the best of their abilities. One of the reasons Dread came to Penn State was because of the way the coach recruited him. The coach made Dread feel comfortable, and he explained that it was important for him to have a relationship with the coach on and off the court. A lot of coaches try to keep their relationship with their players professional, and that can hinder how players act on the court.

Dread stated that he can confide in the coach off the court, because they are close, but there is a limit. He stated, “That is when inmates run the asylum.” Dread explained that the players cannot get too comfortable with the coach, because he is still in charge. There should still be boundaries. Dread is content with his relationship with Chambers and doesn’t want more or less. It is all about authenticity as he stated, “It’s all about being genuine. Our relationship isn’t fake. He keeps it real with me and I keep it real with him. He tells me what I’m doing wrong, and vice versa.” Usually people don’t expect coaches to receive feedback from their players. A lot of coaches don’t want players telling them what to do, but Chambers is more open. That is the main debate. Should coaches be open to letting their players have a say in how to run the program?

Well, Penn State is one of those programs that allows players to offer feedback. Dread has been in many types of programs growing up. Dread played travel basketball in high school, and his coach was strict. The players had to run things the coach’s way and were unable to give their input. Dread even stated that his dad was one of his coaches growing up, and he was very strict. Dread was fine with that style of coaching but didn’t always agree with it. The Penn State Nittany Lions are a defense-based team, and Dread explained that if the team did well on defense, then they could essentially play how they want to on offense. Dread liked this style of play, because Dread’s main job is to shoot the ball. He stated, “Whenever I am open, I try to shoot. If I wasn’t shooting, coach would think something is wrong with me.”  Dread loves the way the program is run. Although this program seems great and free, many programs are not like Penn State’s.

A lot of people feel that it is important for coaches to at least have a close relationship with the players. Even if the coach runs a strict program, the coach should at least have a tight bond with their players. Marymount University has a basketball team, and even though they are division 3, they have a huge fan base. Most of the games are filled with fans, and a huge student section. The Marymount Saints has a program that is stern, and it has been that way for a while. Ibrahim Kamara is a senior in the program and will be graduating this year.

He has played for Marymount for four years and has had a successful career. Since Kamara was a freshman, he has been in the starting five in most of the games. He played under Chris Rogers and was familiar with his coaching style. Dread had explained that he was able to talk to his coach about anything, and with Kamara it was the complete opposite. Kamara stated that he could not talk to Rogers about anything, because Rogers never presented that option to him. He stated, “He never talks about anything other than basketball. You can just tell when someone isn’t interested.” Kamara felt like it hindered their relationship in the beginning, but then he accepted that it was just going to be a professional relationship. Kamara got used to the professional relationship, and still maintained a good relationship with the coach outside of basketball. According to Kamara, Rogers’ relationship with the players off the court, depends on how their relationship is on the court. He stated, “If Rogers knows that he has to coach you more, then he won’t be as close with you off the court because he has to push you. If he doesn’t have to coach you as much, then he’ll be closer with you off the court.” Rogers’ system is firm and doesn’t necessarily let the guys play how they want to. The positive to a program like this is, “being able to gain the coach’s trust, because you know all of his plays,” explained Kamara. Dread stated something similar, because he believed that some strict programs had benefits as well. Dread stated, “When there is a strict way of play, it is easy to point out mistakes on the court.” Kamara liked the way things were run on the court, but he knew that other players didn’t.

Zamir Clifton is a sophomore on the Marymount men’s basketball team. Clifton is a player that doesn’t see much of the court. He explained that he doesn’t have a relationship at all with the coach. He stated, “I want a relationship where their first priority is seeing players succeed on and off the court.” He thinks that Rogers should be more open to players playing more freely, because there is more creativity. Clifton explained that the way they play starts to become more predictable, because they run the same plays. Clifton stated, “When we run the same plays, opponents start to catch on, and they begin to shut us down.” Penn State player, Dread, also stated that it was important to let players play the way they want to, because they don’t play scared. The players are able to showcase their talent.

Clifton mentioned that it was important for coaches to have an off the court relationship with the players. He stated, “They are supposed to understand each player as a person.” Kamara had a similar stance, because he thought that coaches should have a strong bond with their players as well. Kamara would not have changed anything if he could, but Clifton would want a program that has an offense that allows players to do what they want. He feels like the team is too structured, and the players can’t really shine. Marymount’s basketball program has a history of transfers, and Clifton’s class had many people transfer. Clifton stated, “There were about 12 people in my class and now there are only 6.” He felt like they were great players and he understood why they transferred. Kamara understood why people left the basketball team as well. Kamara felt like not everyone could adapt to the way Rogers ran the team. Kamara had a suggestion on what Rogers should do differently, “He needs to recruit players that are used to his coaching style, instead of recruiting players he wants to change.”

Basketball is a sport that can be played in many ways. A lot of players are allowed to play basketball in a way that lets them just play ball. Some coaches want programs ran their way, because they feel like their way is successful. Unfortunately, some players do not play well in programs like that. A lot of players want coaches to form their offense around their strong players. Many people find it important that coaches have a close relationship with their players, because that will be a way that they can be successful on the court. No one will really know what type of system is better, but it is well known that a relationship with the coach is important.