Is Media Literacy The Way To Our Digital Well-being? 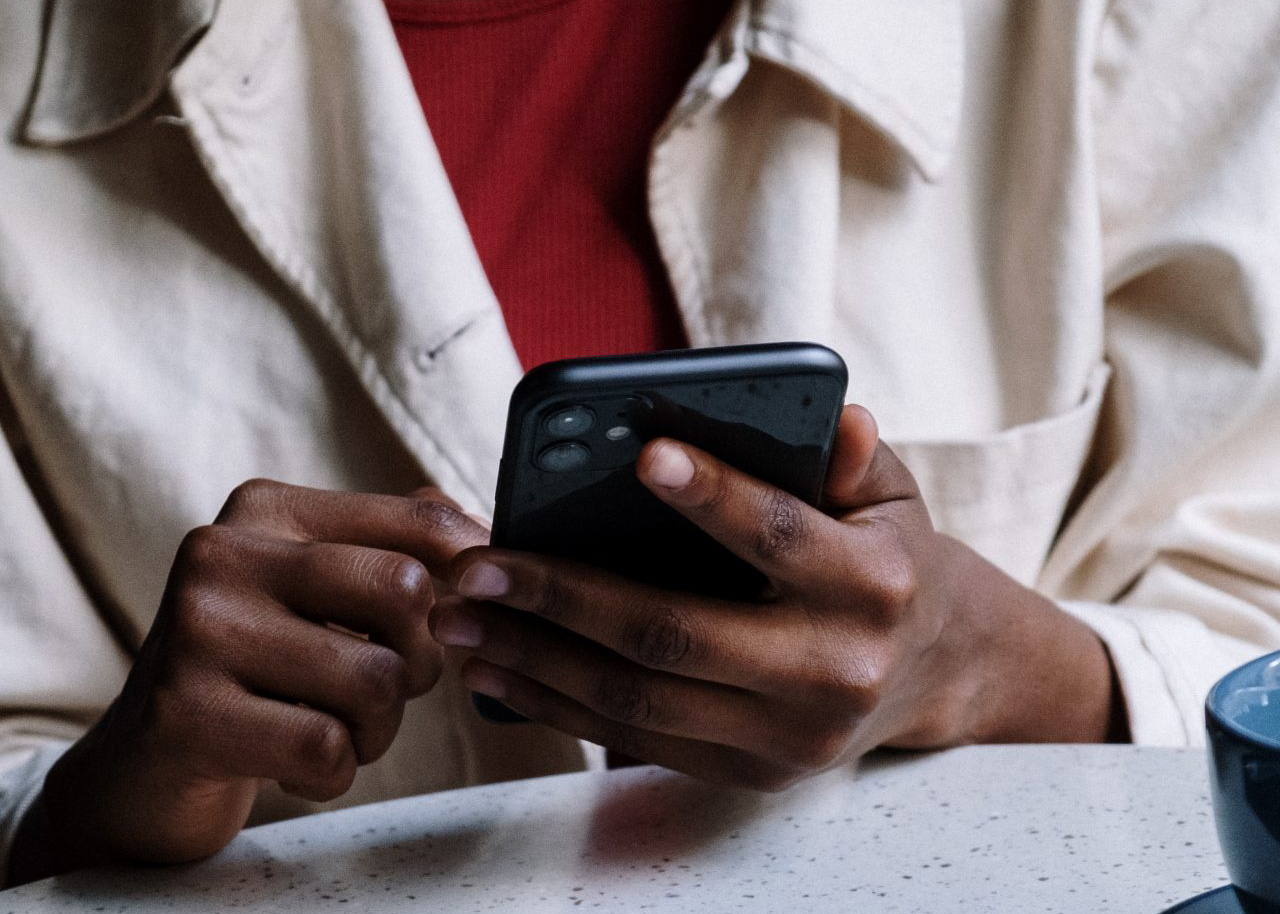 Media in general is a term that describes the action of delivering a message whether it was through twitter, snapchat, movies, or even breaking news. Every message that one shares through the media contains her/his own opinion and thinking. Thus, it is important that individuals who are receiving the message be media literate which is the ability they need to evaluate the information in order to figure whether it is fact-based or if it tries to manipulate the readers to accomplish a specific goal or action.

Media literacy is considered as a set of skills that everyone should use in order to be able to think critically when receiving a message. As it is defined by the National Association of Media Literacy Educators; Media Literacy is “The ability to Access, Analyze, Evaluate, Create and Act using all forms of communication.”

Historically, Yellow Journalism describes journalists from the 1890s who chose to report false and dramatic information rather than stating facts to earn profits and attention, pushing the United States to start the war with Spain. It was the beginning of realizing how important media literacy is and one of the reasons why it exists today. Even though media literacy is not new, it continues to improve in order to cope with the new technology to evolve within ‘Digital Media Literacy’ which is in the digital age, a part of digital communication skills, and associated more with the use of technology and the skills needed to avoid any tech-harms.

Aiman Alsaeedi, a Saudi journalist and a journalism PhD candidate in the United kingdom, believes that although yellow journalism no longer exists within the newspaper industry, social media users keep doing its role by spreading fake and catchy news including harming people’s reputation to grab the followers’ attention and gain fame. He believes that people need to understand the difference between sharing news content and using celebrities’ personal and private lives as breaking news.

Alsaeedi believes that now, we are living in a post-truth and fake news era and that is threatening our lives.

“Many people now depend highly on social media for news and information, especially the youth. When taking in consideration a 2018 study done by MIT which concluded that misinformation spread further, faster, and deeper than accurate information into social media such as Twitter, we could see how that is so risky.” he said, “There are no limits for misinformation effects on our lives, if we take for example Coronavirus situation worldwide. False information will only increase people’s panic and fear with no actual ways to to deal with this crisis. Media literacy skills could help to minimize these risks and allow people to make rational decisions.”

With the advent of radical internet growth in online sources, it is becoming difficult to control the spread of false information, and to figure whether it is accurate or not. Online news and information sources require one to have the skills to minimize any chance of being misled. Internet and social media platforms are pervasive in every aspect of our lives, and until now there are people who rely on online sources without having the right skills that could help them to use these platforms safely. With the growing interest in the use of the internet as the first-hand source of information, and with the addiction toward cell phones and technology, there is a high possibility of getting misinformed or manipulated by media content.

How many hours do people consume media per day?

With the easier access available for individuals these days, the time people spend consuming media is growing. “American adults spend over 11 hours per day listening to, watching, reading or generally interacting with media.” Therefore, it is important that everyone is aware of what content they are being exposed to in order to manage and ensure their digital well-being.

Being exposed to an open and accessible internet for many hours and dealing with unlimited content urges for management and comprehension. Digital wellbeing is the management and the full understanding of accessing technology and controlling the amount consumed everyday to ensure the safety of people’s overall health. Media content can be dangerous and one of its harmful impacts usually target self-esteem, and the behavior of individuals to reach a specific goal such as buying a product.

Amjad Abdulaziz, a Public health graduate student at Marymount University, believes that media platforms are dangerous since anyone can access and share unreliable information, and everyone has access to this information which can be reached ‘over the globe’.

“We are in the era of digital media, from the way I see it, all the ages could be affected by its side effects. To be more specific, the younger generations, even though we think sometimes they know more about how to deal with technology, they still don’t recognize how to evaluate the reliability of the sources. Adolescentes can be a more vulnerable population especially for health related topics. Also, the older adults, who don’t get to use the digital media, generally speaking, can be affected more than people who have a certain level of critique thinking and knowledge,” said Abdulaziz.

Abdulaziz believes that whenever people think of something, the first thing comes to mind is ‘Google it’. He thinks that Google cannot verify for which is reliable and which is not, and people should learn the basics of how to evaluate any written information such as knowing the source, the foundation, and who funds the organization that provides the information. He said, “Let’s say we found an article about food and health related issues which is sponsored by a fast food restaurant like McDonalds, we should not rely on the results given because it can be suspicious about its content and it has a conflict of interest.”

Females are the first target for marketing through media content and advertising since they are mostly concerned about their overall look and body-image. Female adolescents shape their role-identity and behaviour through media content. Therefore, being exposed to all sorts of model images, and artificial body standards through the media creates a threat to girls’ self-esteem and lower their body satisfaction. A study proved that practicing media literacy components such as critically analyzing media messages and understanding its hidden goals helps female adolescents avoid the harmful effects of  being exposed to dangerous media content and the comparison among models images through the media.

Abdulaziz mentions how marketing is promoting health supplements and makes people, especially females believe that they do need these products and they cannot be healthy without taking them.

He said, “CDC and the FDA explicitly say to people that they do not need to consume the promoted pills and vitamins unless their doctor prescribes them to do so. When people see these commercials, they need to evaluate the information that is hidden behind. Companies are allowed to lie to us, they can say it’s healthy, it’s nutritious, or even make us believe that it is going to change our lives where in reality it does nothing. However, the FDA has forced these companies to state the facts about the products in the back, do not let these companies fool you, turn the product around and read carefully. You will be aware of the misleading information given.”

In addition, media content has the power to change young people’s bad behavior such as drinking, smoking, aggression, and sexual attitude. Practicing media literacy is an effective strategy that helps young people uncode messages and understand the main point of marketing and promoting products which increases their awareness and decreases the probability of adapting bad behavior from which they see and hear through the media.

Although it would make sense for the age of adolescents to need help with understanding media content they consume since they are young and can be easily manipulated, studies show that the number of older adults who are facing dangerous effects such as fraud and cybercrimes while consuming the internet is growing. Media literacy skills are needed. Although some individuals believe that it is something related with fake news and education within schools, it is needed more outside of the classroom.

Online crimes are hard to avoid, but many depend on people to understand and practice media literacy skills. Most fraud and online phishing happen to people who cannot verify suspicious email users or sources.

Abdulaziz Adham, a college senior majoring in science and information technology, believes that social media platforms are dangerous and therefore, it affects the safety and well-being of people since it provides a ‘fertile ground’ for hackers to commit cybercrimes easily. He said, “There are so many ways to protect yourself from cybercrimes such as using strong passwords which include at least 10 letters, numbers, and symbols. People should manage social media settings by keeping their personal and private information such as emails, and date of birth locked down. In this way, people will avoid the possibility of getting attacked. The less you share publicly, the better your safety will be.”

Adham believes that media literacy could reduce the possibility of getting hacked by a social engineer, which in information security, describes the psychological manipulation of people to give up confidential information. He said, “Social engineering depends on giving the victim false information in order to get sensitive data as well as phishing attempts with a legitimate background. For example, they can send an email, IM, comment, or text message that appears to come from a legitimate, popular company, bank, school or institution in order to get sensitive data. Therefore, using digital media literacy skills such as evaluating the sources will help protect people from such threats.”

While the fear of misleading information targets individuals for cybercrimes reasons, disinformation spread through social media platforms may also have an impact on politics and international affairs. Political propaganda is dangerous, because it uses inaccurate or false information for political purposes like what the Russian agents used during the 2016 elections. Misinformation could potentially affect elections, increasing political tension including violence. However, media literacy can be effective for fighting such misinformation and manipulation.

Media literacy has proven its importance and effectiveness in the past, and more importantly now. It is an essential set of skills that ensures individuals’ digital safety and quality. Not every message seems to appear the way it is, there is always a hidden meaning behind it. Therefore, it needs awareness.