Women in The Workplace; The Struggle is Real 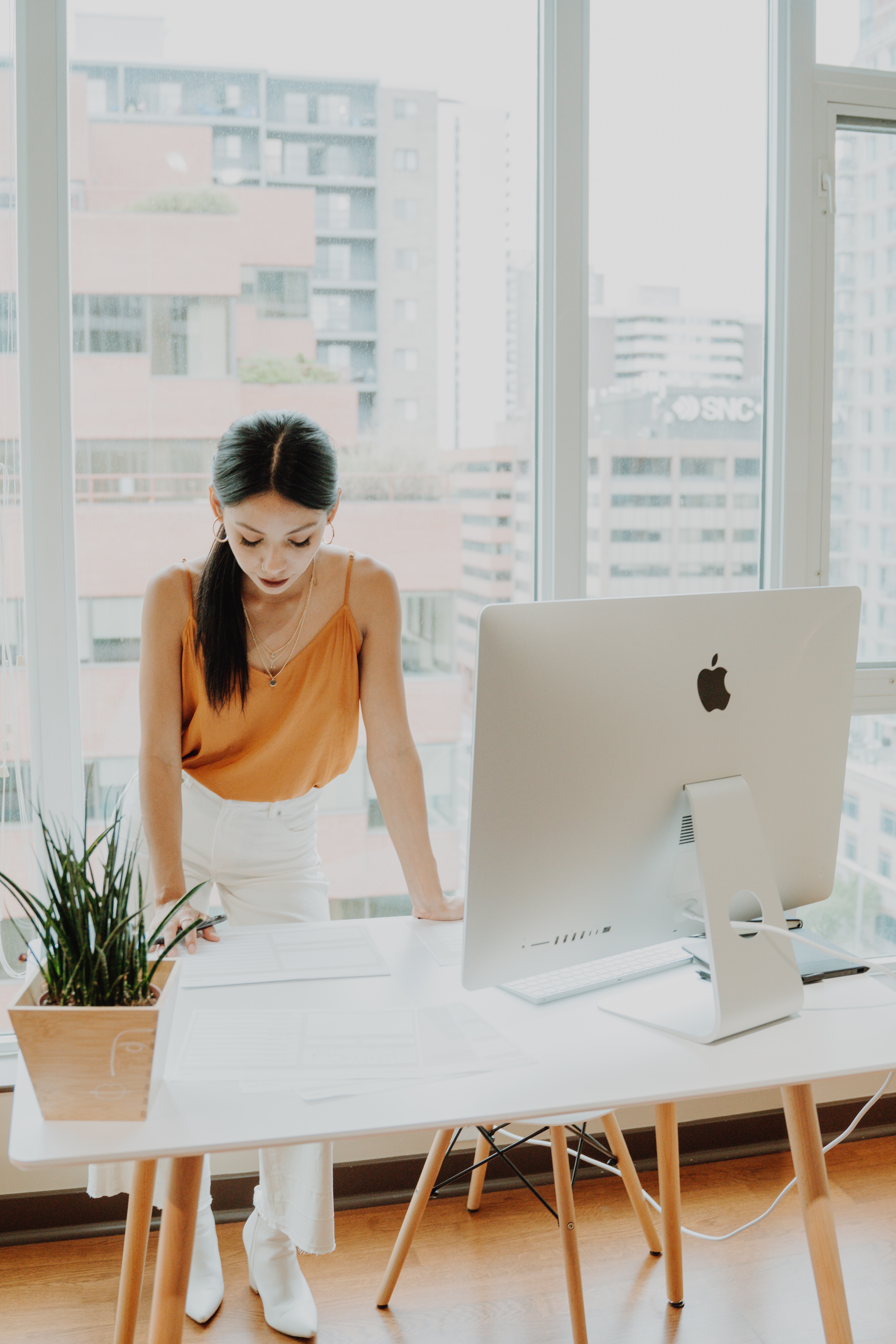 Skimming through news articles and media content of globally recognized organizations, newspapers and media outlets, inequality women face regularly is a topic difficult to miss; from pay gaps, microaggressions… to sexual harassment cases in the workplace.

Females on a mission to achieve equality both in and out of the workplace face deeply embedded struggles. How to deal with all the pressures society imposes on one is context based, regardless of the role media plays in shaping our opinions and thoughts. Country, culture, and other context related factors impact a woman’s behavior and to what extent she is willing to tolerate the inequality faced.

Now more than ever, women are active in male-dominated industries exceeding expectations and outperforming men. Nevertheless, research has demonstrated that women often question their experience and capability to perform well when given a significant leadership role. Given the same circumstance, a man is not likely to question his capabilities and will give it a shot anyway. Jonathan Aberman, Dean of the school of Business and Technology at Marymount University, a leader and entrepreneur and consultant who helped federal governments grow in Washington D.C., said, “Men apply to jobs they aren’t even qualified for all the time. Women will only apply to jobs they think they are qualified for, and sometimes are even overqualified. The gender differences are deep.”

If there’s one lesson all females should learn from an article published on The New York Times earlier in 2013 called “Yes, You Can,” it is to never underestimate the power a mindset can hold. The secret to success is to take advantage of opportunities that arise for women in leadership positions. “The first female chief executive officer of I.B.M., as Sandberg tells the story, Rometty was offered a “big job” early in her career, but she worried she might not have the proper experience. So, she told the recruiter she would have to think it over. When she discussed the offer with her husband, he pointed out, “Do you think a man would ever have answered that question that way?” It all comes down to confidence, Sandberg suggests, and it is easier to be confident if you realize that your role models have plenty of doubts of their own.”

Paola Fattorini, currently a staff member at Marymount University in the School of Sciences, Math and Education, said, “now that I am more aware, I believe I never should have felt different because I am a woman…I always consciously thought that I lacked the skills.” That feeling though tends to be a product of Fattorini’s past professional experiences, “CEO’s would respect male intelligence more than woman intelligence.” This is a perfect example of the effects male leaders tend to have on women who are still trying to find their place and voice in a male-dominant society. “After realizing, I learnt to respect myself, to be the first to respect myself…and to trust myself.”

Steve Harvey has it loud and clear in his book, Act like A lady, Think Like a Man. He writes, “The most successful people in this world recognize that taking chances to get what they want is much more productive than sitting around being too scared to take a shot.”  Literally speaking, Malala Yousafzai took the shot from the Taliban and is known to be the youngest Nobel Prize winner today for standing up for women’s education and equality. What are the outcomes? A changed dynamic and perspective on women and in the long run, achieving gender equality through education eventually engaging more women in the workforce.

Regardless of all the efforts in place to achieve equality, women still face challenging circumstances. The “Me too” movement initiated in 2006 by Harvey Weinstein spurred generations of women to voice their sexual harassment stories publicly. But the imperative consequence to note from this movement is to examine how effective it was in eliminating sexism and undesirable experiences. Studies find a poor record of society believing accusers especially when white men are to blame. Now more than ever, society may be on the verge of distrusting women’s accusations.

An article called “#MeToo’s Legacy,” published by The Harvard Business Review earlier this year, stated that “the road to progress is a bumpy one.” This movement has not yet reached its full potential in creating an impact in the corporate world. “Critics worried about false accusations, lack of due process, punishments that exceed offenses, a thinning line between professional and personal conduct, and an ever-expanding gray area of what constitutes inappropriate behavior.”

In fact, according to the Harvard Business Review article, “A 2019 survey by the University of Houston found an increase over the previous year in the number of men who reported being reluctant to hire attractive women or meet with them one-on-one. A University of Colorado Boulder survey found that while overt sexual harassment is on the decline, sexism is on the rise.”  It may be inevitable that men’s behaviors will adjust to what’s appropriate given women’s voices are quite heard in the media.

Is that really the case though? Having experience in the Law, Business, Technology and Educational fields in various countries, Aberman believes the #metoo movement hasn’t indirectly impacted the sexism that’s on the rise in various industries. He believes “There’s a part of our society that’s racist, sexist, and has always been. What is happening now is that it’s out in the open more. They’re using the pressure that they are under to backlash. The me-too movement…it’s not going to make people who aren’t sexist become sexist. I don’t see that happening. All that’s happening in my opinion, is that it’s bringing out something that was behind the scenes for a really, really long time.”

Conversely, women themselves also tend to worry about consequences the #metoo movement has. With men being more reluctant in meeting women behind closed doors, professionals in various fields find they are less willing to mentor younger people of the opposite sex. “I’ve been told by women professionals that their biggest concern about the #metoo movement is that it will be harder for them to find male mentors because men will be afraid to go for lunch with them or interact with them one on one,” said Aberman. “In some sad way, the me too in itself is a great thing, but the weaponization of allegations may harm as many women as it helps.” Needless to say, this movement in addition to other efforts to achieve equality by women today are setting a new scene for the generations to come.

Cases of women being undermined or harassed in the workplace go hand in hand with the values and culture an organization exemplifies. What constitutes those values and culture, however, are the diverse political and corporate perspectives in society. From Donald Trump’s presidency to ads launched in the media targeting extremely specific customers in society the backlash depends upon the context in which the media information is received and interpreted.

“There is a clear division right now between the corporate world and the political world,” Aberman said. “There is a real movement in this country amongst the people that support the president to become more authoritarian, not less. Part of their authoritarian behavior is to exclude non-white men. So, in the political realm, depending on how this election goes, Politics and government are not going to be very good for women in the standpoint of reproductive rights. But conversely, in the world of money the US citizens decided they want to live in a diverse culture, to associate with businesses they feel good about.”

In regard to corporate responsibility however, there is also a division in how the public can interpret an organization’s role in the media when it comes to gender-biased representation. Peloton’s recent bike advertisement stirred controversy because many people thought it was gender biased. Yet CEO John Foley “had the last laugh.” Even after stocks plunged when both the ad and Peloton were put in a bad light in the media, the company’s sales surged in the long-run. This is important to note. The ad targeted a specific class of people, who are able to afford a luxury bike.

The people who the ad was designed for did not perceive the ad negatively. “Women who are part of that particular sub-class of our society are exactly the women that are caught up in “you can have it all” … When they looked at the ad at all, they didn’t see the slightly creepy fear the actress had because honestly, if they saw the fear, they might see themselves. I think Peloton’s ad was effective because it understood their customers,” Aberman clarified. While some companies operate in luxury segments and disregard what the general public thinks of their ads, companies do take movements like #metoo to create a positive change.

From East to West, successful organizations are investing an incredible amount of effort in ensuring women are not only involved but empowered. Involving more women on boards in publicly owned companies and even allowing young women who are at the beginning of their careers to participate in leadership positions, is definitely a change the younger generations embrace.