You can live in the D.C. Metropolitan Area: But at What Cost? 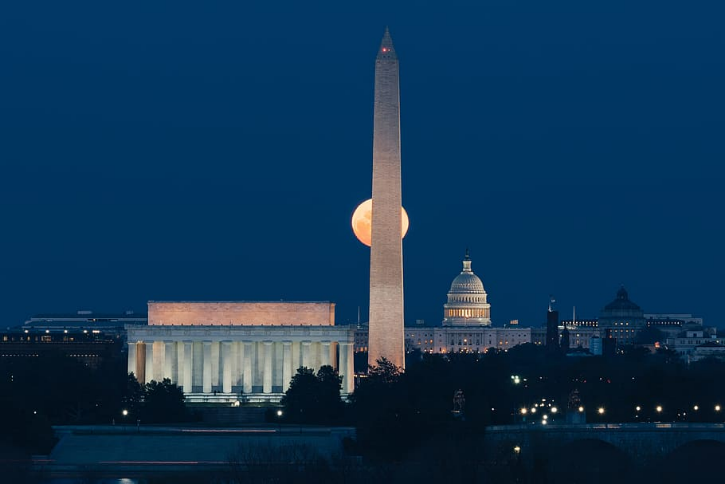 However, despite this, the cost of living has surged due to luxury amenities and its prime location, and in Washington D.C. alone, rent has increased by 55.6% over the past 10 years, according to the Washington Business Journal. What is the worth of housing in the Washington D.C. Metropolitan and is it worth living there?

As previously stated, all of these factors combined make the Northern Virginia area and Washington D.C. an attractive tourist destination. But, even though there is an influx in tourism, with about 22 million tourists visiting each year according to NBC, there is also a diaspora of people moving out because of the surging cost of living. As a Northern Virginia Realtors Article suggests, “Homebuyers will eventually choose to live in regions that offer similar job opportunities but a cheaper cost of living. This has already begun to occur as evidenced by the region’s net domestic outmigration – which is not only occurring in Northern Virginia, but throughout the greater Washington D.C. region.”

Another city in the Washington Metropolitan Area, Arlington, VA, was rated by Patch.com stating that, “Arlington ranked No. 1 in the nation. Niche awarded the city high scores in the categories of health and fitness, public schools, outdoor activities, diversity, nightlife, and good for families.” But, it did receive, “lower scores for housing, crime and safety, and cost of living.”

Over time, the cost of living in the Northern Virginia and Washington D.C. area has increased significantly. In Alexandria, Virginia, rent, “has risen 33 percent since 2000, while the average rent of a studio is up 87 percent, a one-bedroom unit 94 percent, a two-bedroom unit 95 percent and a three-bedroom unit 85 percent” according to the Washington Business Journal. Whereas an Inside NOVA Article stated that in Arlington, “the median apartment rent in Arlington has grown at more than twice the national total in the past year.” Meanwhile, in D.C., WJLA states that “an individual needs to earn around $133,000 before taxes to afford the average apartment rental price in Washington, D.C.”

But, why is the Washington, D.C. Metropolitan Area expensive to begin with? According to an NPR Article, “land in the Washington region ranks among the most valuable in the country, worth an average $1.2 million per acre.” Along with this, the same article states that the cost of living in this area is also surging because, “jobs and economic development have lured new residents into the city after decades of population loss, pushing up land values.”

However, although it is expensive to live in the Northern Virginia Area and D.C., it is still an attractive place to live and a cosmopolitan city. Maria Lopez, an Alexandria City resident, states that, “In this specific area I like how I have many things accessible to my place. I can get to places either by walking or either just riding a bus. I can get there in a few minutes, so it’s not like I can’t go to places because I have like stores nearby, parks nearby; the neighborhood is really good, so there’s nothing to worry about.” Maria Lopez has been living in Alexandria, Virginia for over 10 years as she has grown up in this area.

It is also important to note that since Northern Virginia has such proximity to the nation’s capital, it is also an attractive place to live because of the diversity. Catherine Sedgwick, an Alexandria City Resident, says that what she likes about living in Alexandria is, “how diverse it is and how close it is to such a cosmopolitan city.” Oscar Rodriguez, who is also an Alexandria City resident says, “You get all different cultures from all over the world so I really am a big fan of that”, in regards to living in Northern Virginia.

Along with this, there are many recreational activities for people to do in this area which make D.C., Alexandria, and Arlington in high demand. Sedgwick states, “In this area, I like going out to eat. There are many restaurants to choose from that I like. Exploring Old Town and catching a movie; you can do all of that within a ten-mile radius. There are so many places to go to.” Rodriguez also says that there is, “definitely a lot of stuff to do in the area. In terms of restaurants; in terms of attractions.”

As well as this, Rodriguez states that along with having many attractions, “The amount of business opportunities available here are good.” In regards to this, despite the high cost of living, Lopez states that she and her family have not moved from this area because they have job security stating that, “If you’re looking for a job, you have a big chance of finding a job than other places, and I think that’s why we really haven’t moved just because we know that here my mom has a secure job, we do too, my dad will too, and schools are very good.”

On the other hand, Sedgwick states that in order to live in Northern Virginia, “You either have to work a full-time job or I don’t know, just to be able to afford here. It’s incredible how hard people have to work and how long they have to work to be able to afford a place in the city.” Lopez also notes that although there are many job opportunities, salaries are not increasing as high as the cost of living stating, “Rent is going up and utilities and mortgages are going up. But one of the problems about that is for example. In D.C., expenses are higher but minimum wage is higher. While in here, minimum wage is still very low. So even though all the expenses are going up, what people are getting paid for is not increasing.”

Hence, despite the attractions in the Washington D.C. Metropolitan area, Rodriguez says that the cost of living is, “High. It’s definitely high. It’s definitely high for sure. It’s not your everyday worker kind of town.” Rodriguez also says, “I’ve had friends who’ve came here that have moved in town or that have lost jobs who couldn’t afford to live here or stay in the area and then have had to move out.” Sedgwick also commented on how people are struggling to make a living in this area stating, “I know people who have to work multiple jobs just to afford to pay rent or to pay their mortgage. Or to make payments on their mortgage. And I know people who have to rent space in their homes just so they can afford to live there.”

Along with this, the cost of living in Northern Virginia is already expensive, and Amazon just announced this past November that they would build their second headquarters on the National Landing. According to an article from the New York Times, as a result, “the median home price in Arlington County was on track to spike 17.2 percent by the end of 2019, according to a report by the Northern Virginia Association of Realtors.” Regarding this, Lopez says, “My family and other families I know who might not earn as much, and they have been living here for over a decade, it’s a little scary to think that maybe rent might go up.”

Rodriguez states, “I have a buddy who’s a real estate agent who just overnight in terms of when Amazon announced that they were coming to Crystal City in Arlington, his houses have gone up 2% already just in one day. You take that into consideration with the already high cost to live here, unless you have someone supporting you or you come in here with a master’s degree it’s hard to start up on your own.” Whereas Sedgwick says, “I’m excited about the creation of jobs for maybe those who are unemployed or maybe those who are making minimum wage. I mean that’s a great thing, but I also think that it could pose a number of issues for people who are already struggling to make ends meet. So, it’s bittersweet.”

Residents in the D.C. Metropolitan areas are worried that mortgages and rent may continue to rapidly increase due to Amazon building its second headquarters in Arlington. And many of them have thoughts as to what policies protect them from overpaying rent and what policymakers are doing to provide affordable housing. Rodriguez says, “I’ve lived in different apartment complexes in the area. I’ve worked with real estates. So, I’ve had conversations with real estate agents, and even they said that the city doesn’t do enough.”

Meanwhile, Lopez states, “On the subject of rent control, I don’t think policymakers around this area are doing much about it. But I do think it should be a subject that they should focus on more. Just mostly because it is very expensive here. And there is, around the area where I live, a lot of the people are from the minority which are people who have minimum wage salaries and there’s nothing much to assist to them even though rent keeps going up.”

One of the reasons as to why the cost of living, rent, and mortgages keep increasing in Northern Virginia and D.C. is also due to gentrification. For instance, Rodriguez says, “You can see it at every corner of the city. You can go anywhere. You can go into Old Town. You can go into the Southside, the Westside of Alexandria. You can go everywhere and you can find an example of an old apartment building that used to house minorities that was affordable housing that now is going to have a Harris Teeter with condominiums that are made obviously for people that are going to work at Amazon.”

Sedgwick also pointed out the same condominiums stating, “I do believe I’ve seen that especially taking place now. I’ve seen off King Street and Beauregard, they’re building new condos and the Harris Teeter and I know that that has driven up rent in some places and I imagine that would have a great impact on prices in that area and the expense of living.”

Lopez has not only witnessed gentrification, but has also experienced it. Specifically, Lopez stated that since her apartment became owned by a new company, they have been making many renovations and, “In the past few months it has gone up more than it would when a year passes. Because every year they increase the rent. But now it seems like it’s more because they are doing a lot of changes to it like I mentioned, the playground and the pool has been renovated and since it’s a new company, they plan to make more changes and that is bringing the rent up.”

On this note, Lopez says she likes this area to, “go to different restaurants and places. So I do like that about the city but I do know that’s one of the main reasons why the expenses tend to be higher just because it is a city or an area that attracts a lot of people.” Sedgwick also states that living in Alexandria is, “incredibly expensive, but that’s all due in part to being located so close to Washington D.C..” And even despite this, she does like some features of living in this area like how, “There are many resources; many schools.” And Rodriguez stated that his family moved to the Washington D.C. Metropolitan Area, “By choice. And we just stayed in the area. We liked the area, so we never had a reason to leave.”

Therefore, all things considered, even though the cost of living is high, there is not a lot of affordable housing, and there is gentrification in the area, there is also a lot of job growth, diversity, and recreational activities in the metropolitan area which makes it a high demand place to live in. And Lopez, Rodriguez, and Sedgwick still live in this area after more than a decade.