Which values will you pass to future generations? 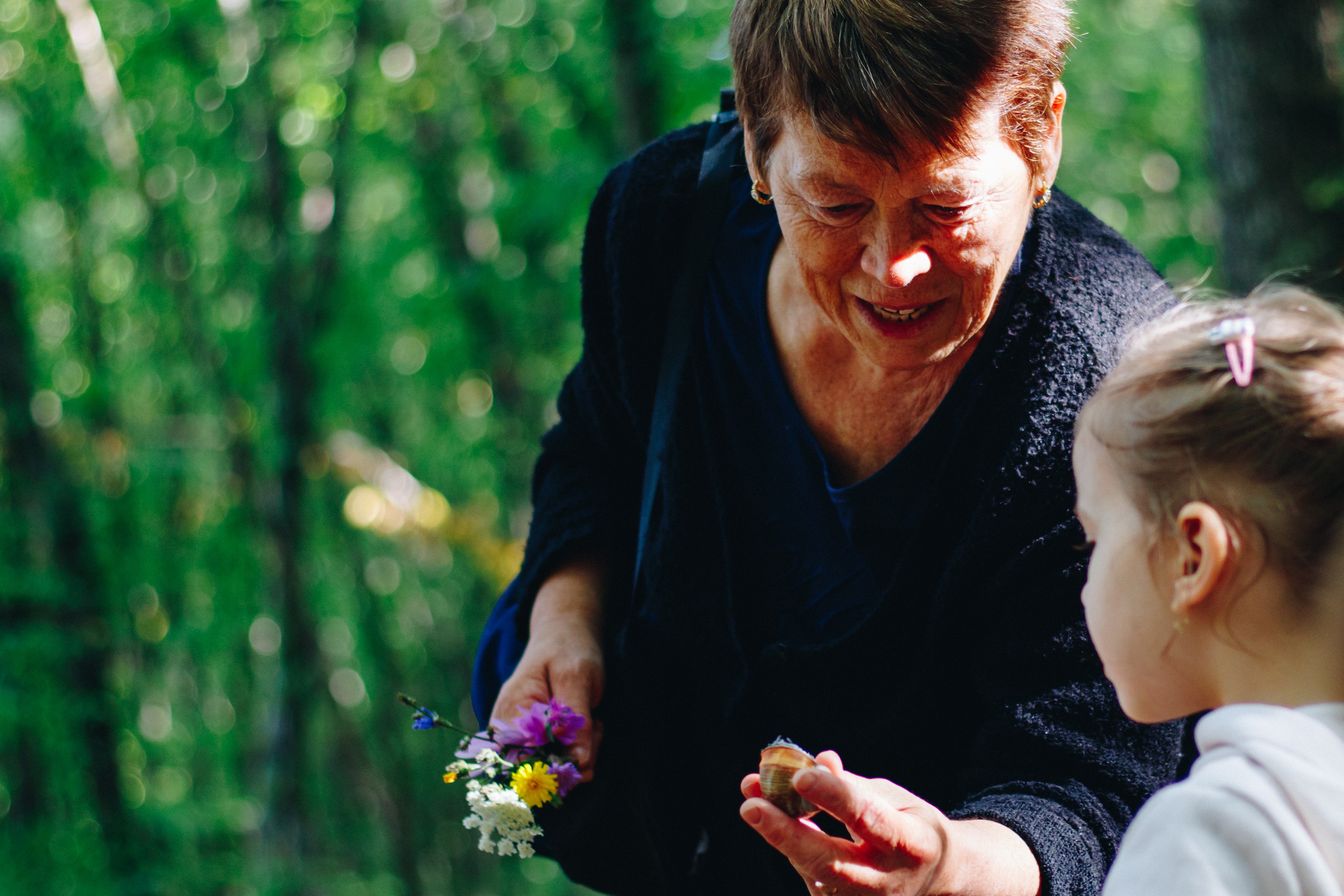 We live in a world that constantly changes. New military conflicts, natural catastrophes, economic crises, ethnic or religious persecutions or displacement of people and natural migrations are all significantly affecting the way people live and their beliefs and values. Sometimes, people decide to migrate seeking better education, that would give them wider life opportunities.  People who have to face relocation and move to a new country have to deal with many challenges but one of the biggest is related to preserving their culture. While both fathers and mothers pass traditions to the children, women are the ones who typically take care of the home and thus are the most important in passing traditions. In this regard, in 2018 women and girls made up slightly more than half of the 44.7 million immigrants residing in the United States. These females are the carriers of their cultural heritage and traditions for many generations to come.

What is cultural heritage?

In many cases, cultural heritage remains associated with specific artifacts such as a painting, a sculpture, or a photograph. Moreover, the memory can be associated with the historical monuments and buildings, as well as archaeological sites. But for many people, the concept of cultural heritage is wider than that and has gradually grown to include all evidence of human creativity and expression, such as documents, books and manuscripts, and instruments often collected through centuries. The cultural heritage is not only limited to the material objects that we can see or touch, but it represents the invisible things. These immaterial elements are traditions, religion, holidays, oral history, performing arts, social practices, traditional craftsmanship, representations, rituals, knowledge, and skills transmitted from generation to generation within a community. But cultural heritage includes not only objects or immaterial elements from the past. It is a result of a process of memory that shapes each human society constantly preserving the most important cultural artifacts.

One of the female Marymount University international student is Israa Al Mashhadani.  Mashhadani came from Iraq in 2007. As she puts it: “When I left Iraq in 2007 due to war and violence, my family and I were keen and focused on ensuring that our legacy and cultural heritage survives outside of Iraqi borders.” Also, when asked about what cultural heritage means to her, she said “something that has a legacy to be passed down from past families, one example would be a family heirloom or simply having a certain set of beliefs that were practiced from someone’s past lineage.” Every international student has his own culture and traditions that define who they are and what values they represent. Based on the cultural package passed from generations, people make their decisions that determine the way how they live and perceive the world.

How culture shapes who we are?

Culture shapes the way people see the world. People’s values and beliefs affect their work and relationships. Furthermore, culture is an important part of human identity. According to the International Encyclopedia of the Social and Behavioral Science cultural identity is “defined as a sense of belonging based on one’s ancestry, cultural heritage, values, traditions, rituals, and very often language and religion.”

Gelila Mesfin is another Marymount University student. She arrived in the DC area from Ethiopia and as she says, “Ethiopian culture values family, community and religion.” As she describes it, the Ethiopian values can be stressed in the following sentence: “God first. Family next. To work hard and be a solid individual.” Mesfin put her words and values into action. She moved to Northern Virginia about a year ago to take care of her aging mother, “she has sacrificed for me, so I will do anything to make sure she is good. This goes back to the family being an important aspect in our life”, she said. Mashhadani also keeps her family values in the high esteem “families are considered extremely important paramount in Iraqi culture, we are required to respect the decisions of both parents and elders.”

In most cultures, family and religion are the main fundamental values. However, every culture also has other values that are important to people. Mashhadani for example, said that her tradition required to treat guests with hospitality. The Iraqis welcome them with food as a symbol of respect and love. She also mentioned that justice is another important part of her cultural values: “We must treat each other with respect and dignity, no matter your social and economic state. We must abide by just and fair laws or face the consequences, after all, we were the creators of Hammurabi’s ‘An eye for an eye’.” Mashhadani see also main differences in the Iraqi cultural heritage compared to others: “the sense of resistance, after countless wars and violence, so much bloodshed and oppression plagued Iraqi land, and yet Iraqi people remain grounded to their homeland. My grandparents and other family members refuse to migrate somewhere else; their parents and forefathers spent their lives in Iraq, that sense of patriotism and respect to Iraq is deeply rooted in many people in Iraq.”

Can history shape our culture?

In some cases, cultural values are shaped by the historical events. While each country has a slightly different history, values vary between nations and regions.  For example, Warsaw- the capital of Poland, has had a long and tumultuous history. The inhabitants suffered wars, occupations, uprisings but also thrived in the time of peace and prosperity. All that historical experience created some creative ways the Warsaw citizens approach the rapidly changing circumstances. In order to survive, they invented ingenious ways to adjust to any difficult situations. Last September, BBC published an article “Why Polish people hate rules” written by Olga Mecking. The author is describing how history shaped Poland and Warsaw citizens in particular. The article is mostly focusing on WWII and the Soviet occupation elaborating on how hard it was to survive. The article stresses how people had to become hustlers which the author defines as “a favorite way to refer to someone who is always trying to outsmart the system” or in other words “the ability to beat the system, to get things done.” This culture of “getting things done” became very strong and positive value especially during the Soviet occupation when ordinary goods such as food or gas were very limited.

In this regard “in a time of censorship, food shortages and often arrests for the smallest of misdeeds, Poles reacted to their new, absurd reality with humor and flair, especially in Warsaw,” Olga Mecking said. Being a Warsaw hustler was used to describe someone who can deal with life’s challenges but also “being a Warsaw hustler has to do with being smooth, confident, and relaxed. It’s about facing adversities in a way that’s natural. We’ll smile and we’ll talk. We’ll charm anyone,” says the author of the article. Even these days cultural heritage of hustler still exists but in a more artistic form in songs and art. In many other countries, hustler has a more negative connotation, but in Poland, people have their own model of a hustler that is positive and definitely optimistic.

Cultural values in a globalized world?

Globalization is an ongoing process that affects all parts of our lives. It results in greater cultural diversity while blurring differences between local traditions and values. People moving from one country to another have to challenge new cultural reality and find their own place in a new environment. For some people, it is easier when they settle in a new country surrounded by their fellow countrymen. Borbala Antonia Rikk is an international Marymount student from Hungary. She moved to DC and found a local Hungarian community. “There are many Hungarians living in other countries and they all like getting together even if they never knew each other in the home country, so it’s fairly easy to keep my cultural heritage even when I live outside my country. DC has a really big Hungarian community and a lot of events every year.” This type of support helps not only to feel better in a new place but also to cultivate traditions and pass them to the next generations. She adds, “I think cultural heritage can be cultivated in a globalized world by passing it on to the next generation.” Mashhadani is taking the sociology class Global Village this semester. “In a globalized world, different belief systems and cultures will be shown to you at every corner. The best way of continuing and ensuring the survival of one’s cultural heritage is by educating every generation of one’s culture,” she said. But it is easy to get lost into someone’s else culture, she adds “before you branch out and understand other cultures make sure you have a good grasp of yours first. With that understanding, the next step is to share it with others! That could be through teaching people about the historical significance of your cultural heritage, sharing cuisine and recipes, etc.” All people make their contribution to the culture of the world. That’s why it’s important to respect and safeguard all cultural heritage.

All of the female students of the Marymount University said that they want to pass their traditions and values to their children. Some of them like Rikk aren’t planning to go back home. “I’m probably not going to live in Hungary in 10 years,” she said. But despite this, she still emphasizes that she will “…visit a lot and teach my children all about their heritage culture.” Mesfin is also planning to stay in the USA to take care of her mother, but she is considering going back and forth to Ethiopia. “I would hope to one day pass this down. Because most of my family is actually in Ethiopia, I will make it a priority to travel every so often,” she said. Mashhadani wants to pass her cultural heritage and traditions to other generations emphasizing one particular issue. “My grandfather, who passed away on January 11th of this year, made sure all his daughters and nieces received the highest forms of education. All my family members have degrees ranging from chemical engineering to teaching. He taught us through his work ethic and actions, not just through words. This is why I hold education, especially for women, as a key value for the next generation. Without the support of my grandfather, my family and I would’ve been blind and ignorant to the world around us.” Cultural heritage also influences our choices and who we want to be. Mashhadani finally confesses, “I hope to be practicing as an immigration attorney, I hope to choose people over profit, I hope to never lose the values and teachings that my grandfather and ancestors have taught me. I carry a lot of responsibility and an immense amount of history on my shoulders. I hope to have made my parents, grandparents, and my ancestors proud.”