I am Not Who You Think 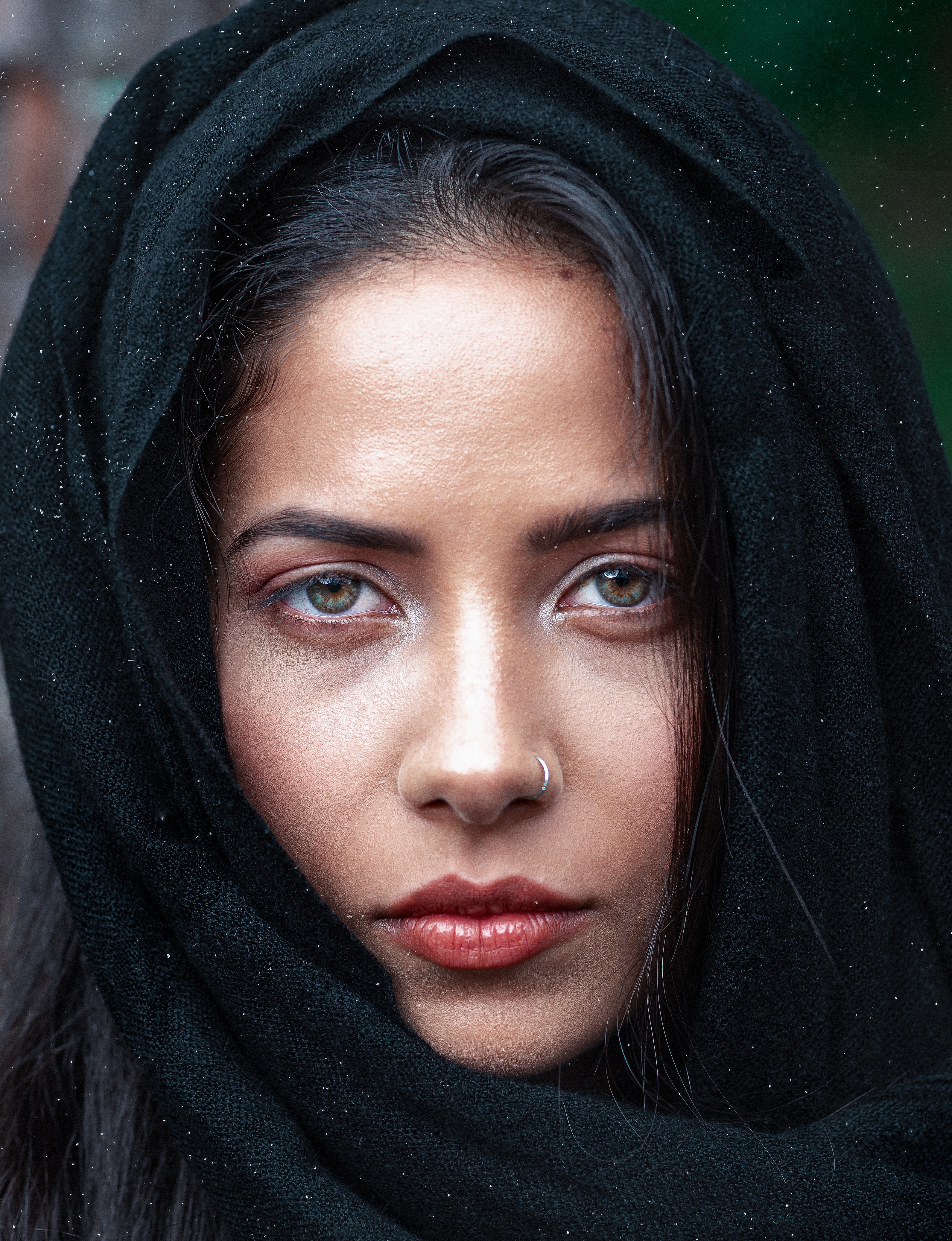 09/11/01, the date of the first terror attack that took place in the United States, resulted in destroying important places and the mass killing of hundreds of people. It is never forgotten. Media and news coverage of the attack created memories of the incident including the negative ones which mostly affected Muslim people. Although the attack was 19 years ago, its psychological effects remain.

Social media has an impact on the way the minority groups are perceived and treated in society. With the increasing use of digital channels in disseminating information, sensitive information has a wide coverage within a short time. Most media users use the animosity that was created since the 1970s as a means of increasing their earnings at the expense of prejudicing the peace of innocent Muslims. Most of the students end up in isolation and sometimes with depression, which affects the quality of their life in school.

In 2016 a research study illustrated the extent of bias on Muslims based on two large news organizations; the Wall Street Journal and the Telegraph. The findings concluded that the majority of the articles have reported negative stereotypes on Islam through the Western media. Facebook is one of the media platforms that has been recently used to speed the “online hate” by portraying skyscraper terrorism, suicide bombers, airplane hijacking by sharing video clips, which has flagged the negative constructs about Muslim people.

Social media has a strong influence on the audiences’ perception, so the negative representation of Islam could change the individual’s mind about its people. In 2012 research examined the impact of over-relying on media and found that most of the participants in the research developed strong negative attitudes and perceptions of Muslims. Thus, social media increases intergroup anxiety and threats leading to the social isolation of Muslims.

Sarah Muhammed, a 22-year-old Marymount student who came to the United States in 2016 was only 18 when she had to move to the U.S because of her father’s work. “I used to wear Hijab,” she said, “and I am proud to be recognized as Muslim, but I do not want to wear Hijab because I do not want people to avoid me and think that I am a terror or dangerous. I used to get staring looks when I walk in the street or even in the mall, and I was telling myself that maybe people were afraid of women who wear Hijab because of what they see in the movies.” She also mentioned that sometimes she wishes she could respond to people’s looks and tell them that she is not “who they think” and that she is a nice person.

Muhammed believes that the media caused a negative representation of Muslims. Seeing her religion portrayed negatively in different media platforms caused her to become completely isolated and identity-threatened.

Becoming a college student shapes most students’ lives from choosing a major to discovering talents, and more importantly making long-term relationships with friends. When Muslim students become identity-threatened, most probably they would not become social in their college life and therefore could become completely isolated.

When Muhammed graduated from high school, she moved to Marymount University. She mentioned that it was her luckiest choice. “Marymount has a friendly environment, it is actually the best. I am not saying that because it is my university, but I’ve never felt more welcomed. I was afraid to join a Catholic college at first because I am a Muslim, but seeing a lot of Saudi and Muslim students in campus makes me feel safe and welcomed,” she said. “However, I would never tell anyone that I am Muslim outside the campus, or ‘Arab’ specifically because I know I will be stereotyped for the 09/11 attack.” The friendly environment of Marymount University helped her comfort as a Muslim student who desires for academic success and a sense of belonging.

Abigail Vazquez Rosario, a student of Marymount University, and a Communication major, believes that the media has the power to influence people’s minds and shapes their opinions about different ethnicities especially if people have no knowledge about specific religion or ethnicity. She mentioned that it can be good and bad, and it has to be “monitored.”

She mentioned her experience learning about different cultures through social media since she learned about Korean, and other international cultures that are portrayed in movies, and has admired their cultures in a way that made her interested to go and travel there.

Vazquez Rosario mentioned that her first time knowing what a Muslim or Islamic was in person, not through the media, made her realize that movies and news are portraying Muslim people negatively which does not conform with her reality’s experience. She stated, “I think it can be dangerous when there are negative portrayals in the media and I can definitely feel it can influence people in a negative way.”

She mentioned that another reason is that the media is addressing “limited stories” which only overexpose one side of the story and over address ethnicities and religions when it comes to terror attacks. She stated, “I am taking an Intro class to Journalism right now, and I just learned that saying someone’s religion or their race should not necessarily be in the news story unless it is integral. Most people, they just read the headline, so if they just read a headline and it says oh this Muslim person did this, and they don’t even read the whole story, they are only remembering that it is only this Muslim person who did it.” She said media literacy is important to help people learn how to analyze and figure news and media bias.

Vazquez Rosario believes that the media are not the only source that influences people’s opinions, but that also politics can do the exact same thing. She said, “Trump when he is doing the Muslim ban and being really discriminatory toward Muslim people, and that’s not only influenced by what’s portrayed in the media but the way that he is talking about Muslims. Definitely, I’ve seen how it affects people’s behavior because now they think it is socially acceptable, and I don’t think that’s okay.”

Although the learning institutions have laid accommodated diversity due to globalization, Muslims are still discriminated in the United States following the religious assassination through the political system. The inception of Islamophobia was, as a result, a political construct that led to the tainting of Muslim identities through the media. Muslim students have to find ways of negotiating their identities and associate with other students effectively, or else they will end up isolated.

Amaal Almutairi, a 26-year-old student at George Washington University, and a Cybersecurity major was like Muhammed when she first came to the United States; she was wearing Hijab and even covering her face. “At first I was embarrassed and nervous and I am still nervous because people keep staring at me all the time especially because I am covering my face and that is rare,” said Almutairi.

Almutairi believes that the media are not being ethical in reporting both sides, they only focus on the negative sides. As she said, “Media is always portraying the negative sides about Islam, and not only that but also one type of Muslims who are radical.” She believes that there are people who are media literate and can distinguish whether media is being biased against a specific group of people, but on the other hand, those who are not exposed to social diversity might not know and even believe the negative portrayals.

Almutairi mentioned that she has never experienced identity threats and she is proud to show her Muslim identity. She stated, “I am not going to be threatened or discriminated for being a Muslim because there is discrimination against African-American, Hispanic people, and anyone who is not American, so I will get discriminated even if I hid my identity.”

On the academic side, she believes that her appearance would never affect her academic success, but makes her stronger. She stated, “I am studying a major that is most recognized as a men’s field, and I don’t feel that my appearance affected me at any point. I remember when my Uber driver told me about the younger generations and how they are open-minded about different beliefs, he told me that I might face some unacceptance from the older people and kids who might be exposed to something new and strange, but I will be fine in college, and he was right.”

Almutairi mentioned that even though she had never faced any physical discrimination, she would still feel that she cannot be social and work comfortably in a group. She feels that they might not want to talk to her because of her appearance which makes her feel socially isolated.

“Media content either in social media or the news won’t be the only problem,” she said. “What makes me frustrated is people’s comments about the issue, I once saw a brief news content about terror attack happened in the U.S recently by a Muslim. Most of the comments were discussing the attacks of 09/11. Media portrayals of the attack made people bring up something that had happened years ago whenever it is related to us.”

The effects of media bias on Muslim students may vary depending on the student’s characteristics and how they perceive it. What most of them seem to face in their academic journey is making relationships and being socially comfortable. Choosing the right environment and college is a huge step toward dismantling the social isolation which prevents them from feeling that they do belong to this community.

The DMV area and Washington D.C. specifically is well known for being a ‘melting pot’ that blends every ethnicity and culture together. Thus, it is the first destination that international students and Muslims think of when it comes to college.

International students and Muslims might not realize that engaging in the community could change people’s negative opinions if they had any. Show the world that Muslims are better than what is portrayed.