God Is The Best of Planners 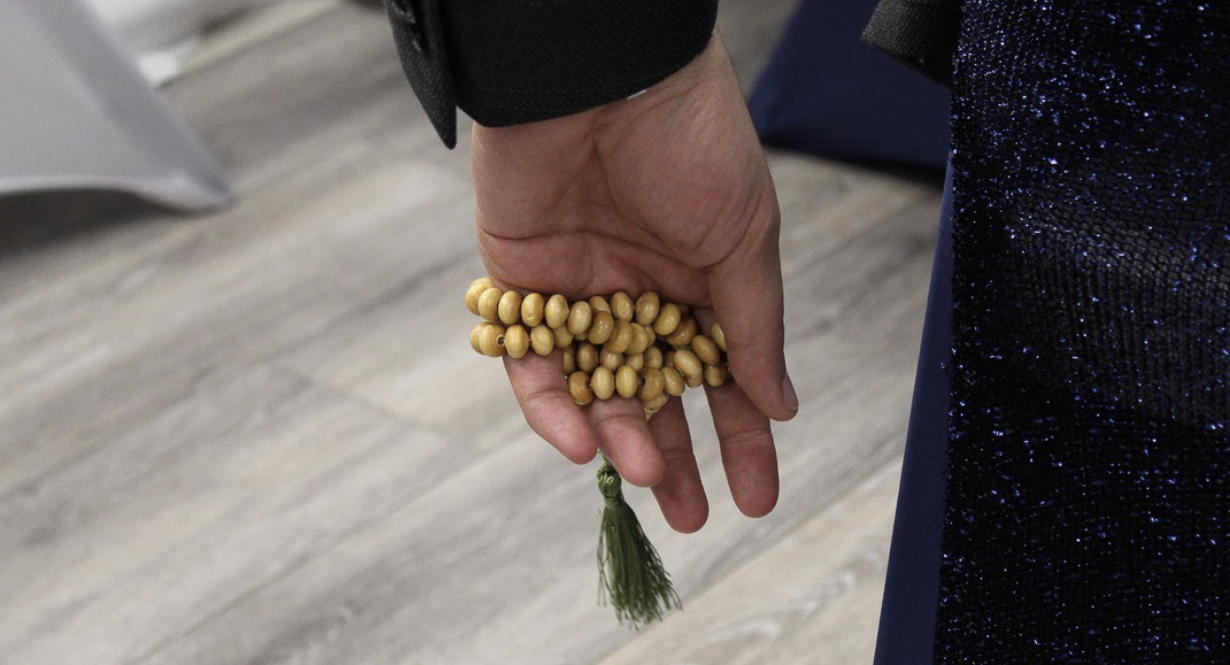 The halls of Marymount feel like a memory, class feels like a year ago, and 2020 has already become one of the longest years and it has barely begun. I remember my last class, my last task, I remember the last comment I got from my Senior Seminar professor. I was dropping off my midterm and she looked at me and said “I really love the green in your scarf! You should wear it when we come back saint Patrick’s day,”

“Thank you, I will, stay safe professor, see you soon,” I said.

This memory sends shivers down my spine because as we all know we didn’t come back for Saint Patrick’s day. I sit here writing in my room where I have been for the past two and a half weeks. I traveled to Philly to my fiance’s family, my partner surprised me and flew all the way from Turkey to propose. This was a magical weekend but was overshadowed by the epidemic spreading and the country was urging everyone to stay home. It was getting serious. We stayed home the whole weekend to not get anyone sick. When the weekend was over I made my way back to VA where I have been in quarantine ever since. I have two parents who are diabetic, I have a baby sister who is disabled, and a twelve-year-old brother; I stay home for them. I don’t mind solitude, as a writer, this is the perfect environment.  I have been out a total of two times to get groceries and every time I see something that shocks me and reminds me of my privilege. I see men in bandanas on their mouths. No one is smiling. People staying away from each other and looking down. No one care if your Muslim, black, or anything. They just see another human with the potential to infect them and the stereotypes I have lived with for twenty-three years have no value. This is new to me.

I saw a man who is in the current condition of being homeless standing in the middle of the street, with a board that read, “Homeless veteran, please help.”  It dawned on me then that this man has nowhere to stay at. There’s an order to stay home in California which has the highest rate of homeless population in the world. I wonder what they are doing with that population and what we will do when Virginia’s order drops.

In the past few weeks I found out my job as a Starbucks barista was shut down, I found out my graduation was no longer happening, that I would have to push back my wedding festivities until this is over, and that book release was postponed. I remind myself that I have the privilege of a home and if staying in is what I’m enlisted to do then so be it. We have this saying in Islam,

I have no issues with things passing me and have complete faith that God is the best of planners.

As an artist, this is a great sanctuary and I have been asked to be on some great projects. I was recently put on a project that put a call for people who are in prison in Egypt. Asking the government to release the more than 60,000 political prisoners. Most are innocent and some haven’t even had a court date. There was a case found inside I heard that the guards were letting them die, but this virus does not see the difference, it doesn’t see race, position, or wealth. This virus is truly ripping through everyone, I instantly think of the millions of people in jails in the United States. America has the highest prison population in the world and is one of the only democracies that still have the death penalty. This makes me think of people like Nathaniel Woods who was murdered by the justice system, in the state of Alabama even though it was confirmed for a fact that he was innocent. I think of Rodney Reed who is also wrongfully on death row for a crime he did not commit. I think of Adnan Syed who is also still in prison despite there being no evidence. They may catch this virus and although the virus may not see a cast system when it consumes a body. We as a society have deemed which community is worthy of saving. I remember this and them as I am writing this today. I remember that this administration is buying out companies, instead of people. Everyday hardworking people are put at the back end. I think of Trump who plans on selfishly reopening our government next month or so. I am paying more attention to politics than ever before. I am finishing up the book, working on artistic projects, and designing all day. Make a real change and stay home.