Is Our Connection a Disconnection? 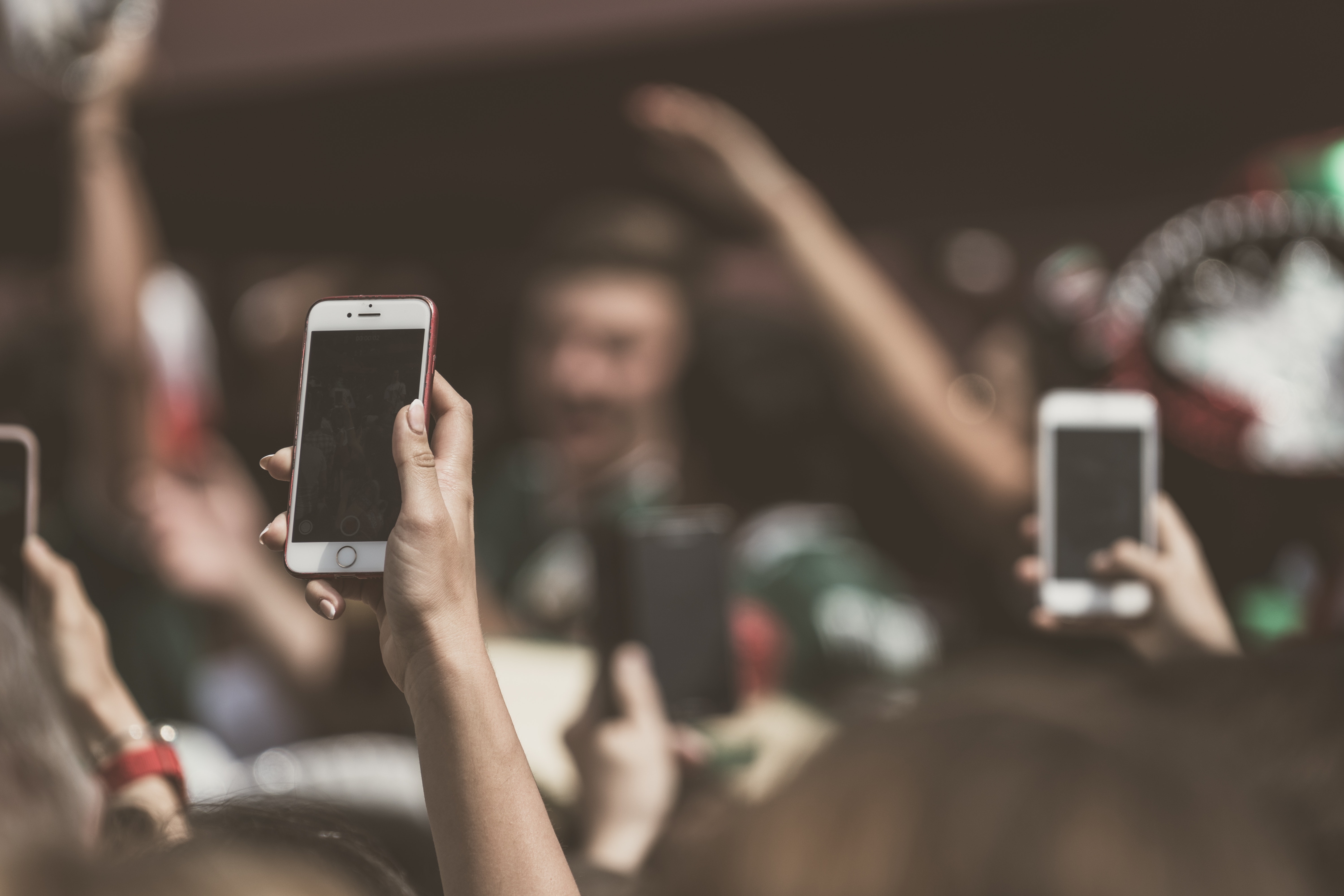 In this day and age, everyone in different demographics uses a cell phone and almost anywhere you look there is someone with their head down staring at the screens on their phones. Regardless of the make or model, phones have become a major part of our lives. These devices that we once knew to simply to keep us connected have become more than a quick phone call to catch up or check on someone.

Phones have evolved in a way that keeps people not only connected but hooked. It isn’t something we only use to keep one of our six senses occupied, because it now requires touching, hearing, and seeing. We use our phones for just about any and everything, which seems to have created a sense of extreme reliance and attachment to these devices, but how does staying connected in the technological world affect our in-person social lives?

Some young adults and students at Marymount University shared their thoughts on phones and how these devices we have become so reliant on have an effect on society.

Mia Littlejohn, a graduate in Integrated Studies from Kent State University says she agrees with the concept “phones disconnect you from the experience.” Littlejohn said she checks her phone multiple times a day: “I probably check my phone more than 100 times a day between personal and professional use.” Between her job as the Development Director of the American Heart Association and her personal life, she mainly uses her phone to check on her many work emails, text messages, social media, and facetime. There are times FOMO has been a factor in Littlejohn’s life. She stated, “sometimes I feel FOMO in relation to my phone but only because I am away from most of my family and friends and I don’t like to miss moments, but it is only inevitable.” When she is out with friends and family, she does monitor her phone usage because she wants them to feel like she is present in the moment and isn’t taking their time together for granted.

When she was asked if she thought changes in society are associated with the convergence of phones and technology, she said, “I 100% think that the changes in society are associated with phones and technology. The whole way of dating has changed because of technology. I can find a soulmate without leaving my house. I do think it has negatively affected how we communicate with individuals – I think people lack basic communication skills because of the use of technology.”

We allow these devices to truly be a large part of our lives. We take them everywhere we go, keep them on our bedsides, and allow them to interrupt us with updates, text messages, and emails. Studies have shown that we openly check our phones for any sign of a ring or vibration “because the dopamine trigger in our brains compels us to answer.”

B.F skinner conducted a study in the 1950s that pressed the theory of the variable schedule of rewards. He recorded that the lab mice eagerly responded to spontaneous rewards. The mice would push a lever that would dispense a treat, sometimes small, large, or nothing at all. These random treat mice were more likely to push the lever to possibly receive a reward compared to the mice who received the same treat every time. Nir Eyal wrote about this technique and how the nature of variable rewards is associated with the relationship our technological addiction. Similar to these mice, we expect these random treats and consistently look forward to the messages from our friends, likes on social media, or phone calls from our loved ones.

It is never known when those treats are coming so we are always ready to press the lever. People don’t even realize they do this at times, but phones compel users to look at their screens and check for something that would send them down a rabbit hole that would direct them to something else and by the time they realize it, an hour has gone by watching random videos, shopping, or viewing photos on someone’s page or website they don’t even know.

Aside from the treats, there is an absolute need for attention, self-expression, and need for feedback. Needing to quickly post a photo or a video pushes users to disconnect themselves from the moment by forgetting to actually enjoy the moment. 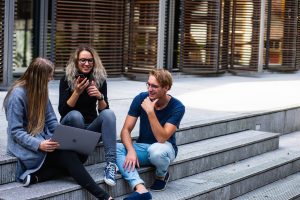 Terrence Stringer, a senior at Marymount University, feels as though phones can really take away from some good conversations and memories. “Some people don’t realize it, but it can be a real distraction.” On a personal level, Stringer says he finds himself always checking his phone, especially when he is not supposed to. The only time he can truly recall not being on his phone is when he’s sleeping or at the movie theater. “I’ve become more mindful about using my phone when I’m with friends or family, but it is hard to do if I’m being truly honest. Being on my phone has just become second nature and is a tough habit to break. I sometimes feel ghost vibrations thinking my phone is vibrating when it might not even be on me and if I don’t have it on me, I feel so naked. I start overthinking about things like someone dying but not being able to reach me.,” said Stringer.

Today most struggle with significant attention deficiency and lack of human interaction primarily due to the usage of mobile phones which has led users to click more than 2,600 times on a daily basis. The negative effects of these deprived interactions have halted the ability to collaborate and critically think in times of high stress or self-reliance. From a medical standpoint, the effects are already visible. According to an article on USAToday.com, “Researchers at California State University, “Dominguez Hills, connected electrodes to reporter Anderson Cooper’s fingers to measure changes in heart rate and perspiration, just as they had done previously with subjects in experiments. Then they sent text messages to his phone but placed it just out of reach. To no surprise, Cooper’s breathing changed, his perspiration increased, and his heart rate spiked with each notification.”

Naomi Seifu, also a senior here at Marymount University majoring in communication, has to be on her phone because she runs a couple of different social media accounts for two different companies. She barely likes going on her phone for her personal use or for entertainment. “I would rather listen to the news or podcasts on the radio.” She mentions how we lack the want of communication with others because we gain a higher fulfillment with non-tangible objects that we want to just see. Seifu clears the air when it comes to being out with the people she cares about. She says, “I don’t like being on my phone when I’m with others. It is rude because you have someone sitting there with you when you are out with others you need to feel connected to people that are present, it shows value and importance.”

Khadija Ali, another senor at Marymount majoring in Communications, says that she is constantly checking her phone, so she came up with a new way to disconnect by putting her phone on Do Not Disturb. “I use my phone for everything, and I mean everything!” she said. Ali has recently been enjoying her time away from her phone. She touched on how it allows her to be present and in the moment. “I used to be obsessed with capturing every moment for everyone else to see instead of enjoying it for myself,” said Ali.

To address the issue, some have recommended the idea of a pop-up warning which would alert users if they have been on for too long. From messages to emails, social media accounts, and news updates there is something for everyone to be engaged in.

Do we actually do this on purpose? Or have we truly become addicted to our phones? Society itself may struggle to answer these questions, solely due to the fact that we are so attached and must always be in tune. This has become such a major part of how we run our lives it’s become second nature but everything in moderation and a little self-control is good guidance.