Handshake Helps Marymount Students Get a Foot in the Door 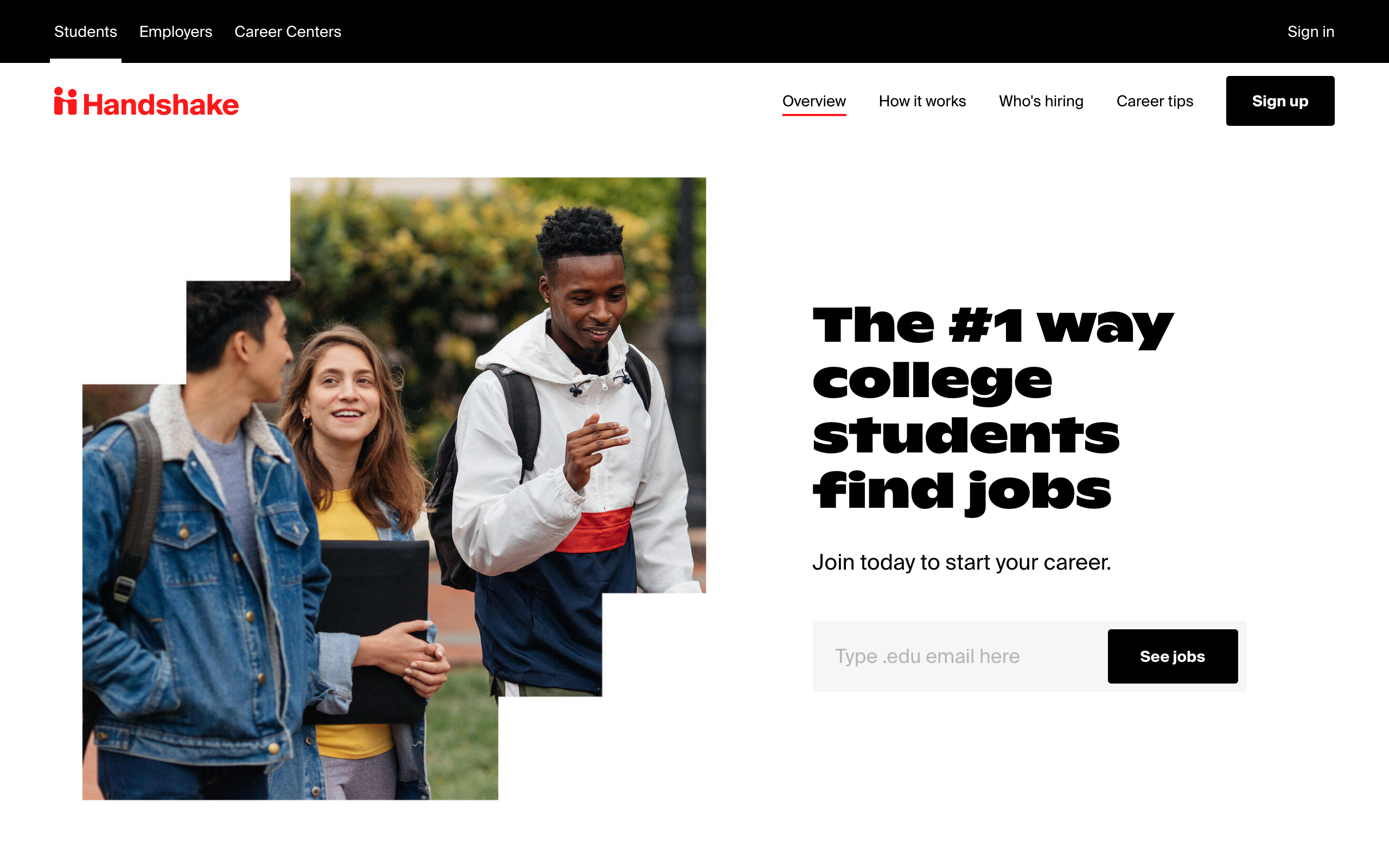 According to Emily Kane, Assistant Director for Student Employment at Marymount, the Career Services Center wanted to provide a greater number and wider range of employment opportunities to students, from internships and on-campus jobs to full-time outside employment. “Handshake is one of the top online job platforms out there for … colleges and universities,” she said. 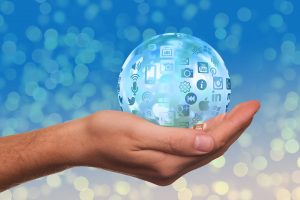 A 2018 TechCrunch article described Handshake as “a platform for both students looking to take their early career steps and employers that want to reach them.” Three Michigan Technological University students founded the company in 2014, wanting “to give students access to a larger number of potential employers, no matter their location.” The three — Garrett Lord, Scott Ringwelski and Ben Christensen — made the 2017 Forbes “30 Under 30” list, and Handshake has followed through on their goal with explosive growth, going from approximately 100,000 employers in 2017 to 300,000 in 2018.

Lydia Dishman writes for Fast Company that “Handshake’s cofounders see the platform as a counterargument to the so-called ‘pipeline problem,’ the notion that there just aren’t enough skilled candidates–especially among underrepresented minorities–to hire for open jobs.” Lord has also said that companies are warming to the idea that “diversity of thought among students and graduates who aren’t coming from traditional top-shelf institutions can bring about necessary change.” If Lord is right, it could prove advantageous for Marymount, which rightly prides itself on the diversity of its student body.

The obvious platform to compare Handshake to is LinkedIn, but according to Guiding Tech, the two sites “work in completely different ways.” LinkedIn is a social media platform; while it’s possible to find and apply for jobs there, its main function is networking. Handshake, however, “directly connects university students to prospective employees, leaving out the social features.” And since companies know that applicants from Handshake will be college students or recent graduates, “employers are less likely to have unreasonable expectations.”

“Colleges typically see the number of companies interacting with students double or triple after switching to Handshake,” Lord told Inside Higher Ed. Marymount has seen a similar increase in connectivity since its own switch. “It has increased our reach with employers … twofold from what we had in Jobs4Saints,” said Kane.

With a greater number of jobs comes a greater variety of jobs. While most job postings on Handshake are domestic, there are international internships and jobs for students who wish to travel.

Marymount’s partnership with Handshake is still recent, but those who have used it have positive feedback. “It … flashes you what you need to see,” said Caitlin Butler, a junior. Comparing Handshake with Jobs4Saints, adjunct professor Christie Phillips, who directs internships in the communication department, said, “this one’s much easier to use, and it’s easier to access,” while Kane described it as “more user-friendly, [with] a more modern and up-to-date interface.”

Connecting to thousands of employers seems daunting, which is where Handshake’s modern interface comes in. “It gives more options to students to tailor their search to their interest, or their major, or their anticipated career field,” said Kane. “Regarding internships, you can search for paid internships versus unpaid internships … it gets very specific.”

Also unlike Jobs4Saints, Handshake has an associated mobile app, which will allow greater flexibility for students using the platform.

In addition to its robust job-searching functions, Handshake has surveys and other tools to help users identify potential career paths, an event calendar listing nearby career fairs, and a “Q&A” section where job seekers can ask for advice about how to get a job in a particular field or company, solicit interviewing tips, or inquire about a company’s corporate culture. Other members of the Handshake community then answer the questions, and the discussions are public so all can benefit from the shared knowledge. Also, Handshake “gives users feedback on their applications and lets them know if an employer went with another candidate,” helping alleviate some of the uncertainty of job searches.

Handshake will also make it easier for employers to provide opportunities to Marymount students. “It gives employers … a cleaner interface,” said Kane. “If an employer is using Handshake with another university, they’ll be familiar with Handshake at Marymount.”

Because Handshake is used by many other colleges and universities across the U.S., Marymount’s partnership with Handshake means transfer students will have an easier time integrating into the university’s systems. Kane noted that a student transferring from an institution that also used Handshake “would need to set up a profile that’s specific to Marymount,” but that “the experience of having used Handshake at a previous university would make it a very easy transition.” 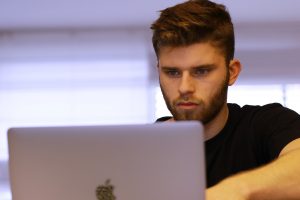 In Handshake, Marymount students now have access to a better tool to use during internship and job searches, but those searches still require work. According to Kane, the best time to start that work is now. “It’s never too early to start finding job opportunities,” she said. “It’s all about building professional skills.” Kane encouraged students to seek employment or internships before being eligible to do an internship for credit, saying that doing so would give a student an advantage when the time came to apply for an internship for credit. Phillips also urged students to do multiple internships, saying, “it looks great on your resume, and it really helps you understand what’s going to be expected of you when you get a job.”

To those students who are looking for an internship for credit in the upcoming semesters, Kane said, “be proactive. … Think about the internship deadline in terms of ‘when is registration?’ instead of ‘when does the internship need to start?”

Cristiana Salazar, a senior who did her internship over the summer with Washington communications agency Adfero, described the internship search process as “like a big research project of my own, to see what I want to do, where I want to work and where I don’t want to work.” While she enjoyed exploring her options, the search was also a source of stress. “It was just a lot of uncertainty, a lot of not knowing if I would get [an internship], where I would get one, if I would like the place,” she said.

Marymount offers several resources to students seeking jobs and internships, the Career Services Center being the most prominent. “We’re here to serve students,” said Kane. “We can review resumes, we can help students find internships, [and] we can give them … guidance and resources on how to land an internship.” The Career Services Center also hosts career fairs, which Kane encouraged students to attend. Salazar did likewise, saying the career fair was one of the most useful university resources she used during her internship search.

Marymount also offers courses which focus on skills needed in a job search, including COMM 310: Career and Professional Communication, which Salazar found helpful during her internship search. She encouraged all students to take it or a similar course to prepare for their own searches.

Communication students like Salazar who completed their internships this past summer enjoyed their experiences, said Phillips, but Kane advised that even a less enjoyable internship will provide valuable experience. “All information at this point is really good,” she said. “If you know something isn’t a good fit simply by trying it, then that is time well-spent.” Salazar, too, said that sometimes, “it’s more important to know what you don’t want.”

Salazar held the opposite opinion. “I know people that … don’t want to get an internship because that means quitting a job, maybe not getting paid,” she said. “They support themselves … it’s a hassle for them.” But, she said, that doesn’t make internships any less necessary. “Some people don’t do it,” she said, “and it’s going to be harder for them to find a job than for us.”

With Handshake in place, the Career Services Center’s next move, Kane said, will be to increase staff. The Center will look to fill some “key roles” including an Assistant Director for Internships and Career Readiness, and a new role, Director of Career Services. “Once we’re fully staffed,” Kane said, “… we’ll likely be thinking about a strategic plan for the coming years.” In the meantime, she said, “we encourage all students to get connected on Handshake and set up a profile.”

Marymount students can log into Handshake either by going through the myMarymount portal or by visiting https://marymount.joinhandshake.com.