Can The Presence Of Universities Be One Of The Roots Of Gentrification? 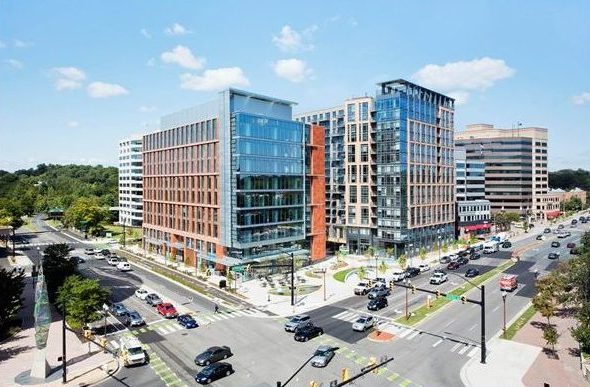 Gentrification has been a growing problem in the United States of America, especially in the DMV (DC, Maryland, Virginia) area. Gentrification is a process that forces local people to move out of their homes, neighborhoods get renovated, rent rises, and wealthy people move in.

There are many arguments that say gentrification isn’t completely bad because a gentrified neighborhood lessens crime rates, beautifies neighborhoods, and creates new shops and businesses in the area which develops employment.

After all these great changes, then why is gentrification still a problem? The process of gentrification causes displacement. Where do all the families go when they are being forced out of their homes? That is something that has yet to be answered.

Gentrification has become a huge issue that many people are starting to recognize and stand up for. The DC area is now becoming one of the highly gentrified areas, especially the Howard University area.

According to this source, “Howard University’s campus is located directly in the second most gentrified area in the U.S. Over 16 years the area has witnessed: a 207% increase in home values, a 163% increase in median household income, and a 212% increase in people holding a bachelors or higher degrees.”

As the rent gets higher, low-class families are not able to pay for their increasing rent. They not only have this struggle, but they struggle working at minimum wage jobs, having to support their families, all while still having to pay rent that just gets even more expensive every year.

“The area, located just a couple of miles north of Capitol Hill, was once working-class and black.” Says the NPR, “But as 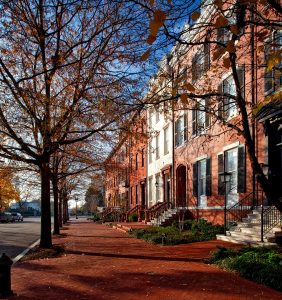 hundreds of new residents move to D.C. each month, more non-black residents move into Howard’s neighborhood. And as property values rise, the university is trying to capitalize on the hot real estate market.”

It’s astounding to see the drastic changes that are seen and noticed throughout the years. A lot of people just see the renovated changes, but they don’t see the struggles that families are going through. Where do they go next?

This issue is visible in the Arlington area now.

For Joshua Dungo, a fashion major at Marymount University, his childhood was, “…a very true learning experience, and I am grateful for it. There were many opportunities within the community and for the most part, most of the resources/places I went to were relatively close.”

He says that he has been living in the area for his whole life which has been 19 years. But he has noticed changes in his community. Dungo said, “The changes that I have noticed within my community would pertain towards the amount of people coming into the county, and all of the infrastructure that are being built.” The Ballston area looks completely different from what it did a couple of years ago. The schools are growing as well.”

The Ballston area is in Arlington which has become a big hot spot for young adults. Before it was only a Macy’s building to shop, an &pizza, Starbucks, and a few scattered places. It wasn’t the best place to know where to eat or shop.

But now there is “Ballston Quarter” which is more like a mall in the sense that it has many hang out spots, a unique food court that includes interactive toys for kids, karaoke, and more.

Ulda Maldonado, a Psychology major at Marymount University, also adds, “I’ve noticed the growing population but also the effect that the new infrastructure has done to low-income families like my own. It’s changed a lot in infrastructure and the community seems to be more separated than together.”

Adding to this, Dungo said, “Gentrification has taken a huge toll on Arlington. Even though in the first place the county is already quite wealthy, over the years I have seen so many new apartment complexes, schools, etc. being built and overall the prices around the county have risen, especially for my family. I think it is a bad thing because it can and has pushed people out to live in other counties.”

An issue with the new apartments is that they are extremely expensive, yet Virginia’s minimum wage is $7.25 per hour, according to this source.

This article also says, “In Arlington, Virginia, a large rental community of 3,000 mostly Hispanic immigrants drawn by a robust Washington, D.C., economy is uprooted when the property is sold, bulldozed, and replaced by a mix of luxury and affordable apartments, which are neither truly affordable nor plentiful for the former tenants.”

Sinclair Cox, an English major at Marymount University, speaks on gentrification, “Even though gentrified communities look nice, it largely disadvantages the families, meaning that these neighborhoods lack a lot of diversity. Also, when a neighborhood goes through gentrification, the people that once lived there aren’t benefited at all. They end up having to move away in order to find more affordable housing that is outside of the gentrified community.”

Although Cox doesn’t live in the Arlington area, she does notice the huge differences that gentrification can bring into any neighborhood.

The wealthy move into gentrified neighborhoods because there is less crime, cleaner neighborhoods, better school system, trendy shops and food places. It’s attractive to the eye in general and it becomes a place where everyone would want to live. But that choice is not in everyone’s favor.

Cox says, “I think it does encourage gentrification, especially with the new apartments right next to it. Ballston is a small city area, so if George Washington or Virginia Tech wants to do something similar, or if Marymount wants to create a new building, then more gentrification will occur.”

The Marymount Ballston campus has been renovated and has a Starbucks on the very first floor and has an outdoor entrance. Not only do students occupy it, but so do residents around the neighborhood. As business continues to grow and hot spots are created, there will be a demand for more.

Then the Rixey, a new apartment complex for Marymount residential students, has opened up and since then the Ballston area has transformed. There is now a theater, bowling, and more for students to explore.

The transformation within the Ballston and Shaw area is most likely because of the presence of their schools. Their presence inspired businesses to bloom and shops to be opened. Is there anything that can be done about it?

Dungo said, “I think that gentrification is out of their hands, honestly. I understand both sides of the argument, however, whoever the university does own that land and the county can only do so much.”

Maldonado also adds, “Colleges have a large influence, but not completely. It’s also a generational thing. It has been happening due to changes in the community such as a new mall or new jobs; like Amazon.”

It is known that Amazon will be settling down in Arlington, and many local residents fear that the rent prices will rise, and they won’t be able to afford that. Therefore, they will most likely have to move out into the suburbs.

Due to all these changes, universities inspiring gentrification, it really affects people’s lives. People have been living in the area for so long, that they now must up and move, not because they genuinely want to, but because they’re no longer able to afford where they live. 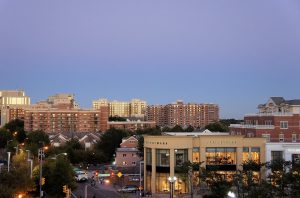 Maldonado talked about her friend’s struggles, “A couple of my middle school friends had to move far out. The way they were affected was that their parents had to get new jobs which took a while, so they had to commute far to the job they had in Arlington. It was hard adjusting to new schools for some of my friends. The biggest effect would’ve been finding a new job, especially due to the legal statuses of families.”

This brings a problem with transportation. Many people enjoy living in the city because of its reliable transportation. Not everyone can afford a car, but they’re able to get to their workplace and home through the metro.

And if they are kicked out of where they lived and forced to go to a new suburb environment, then they must find a way to get to their workplace and other places. This would only be a problem for those who are able to afford something out of the city.

There are many people who don’t know their next step or have a plan if something like this happens to them. The moving-out process can take weeks, even months. A home is not 100% promised to someone if they are kicked out of their home.

Maldonado explains her personal experience and how her parents struggled. She said, “It did affect me once. Luckily, we found a place in Arlington, so my parents did not have to go through too much. I remember the stress it caused my parents. They had to find a place they could afford in such little time. Meanwhile, trying to find a school that their kid did not want to go to because of her friends. It was a lot and all because they wanted to make better-looking apartments.”

Overall, gentrification can bring more harm than good. Its effects can bring different things to different people. The cost of gentrification has displaced many, many residents and continues to do so, all while universities expand their campuses more and more.