Boxing And Its Ways Of Shifting People’s Lives 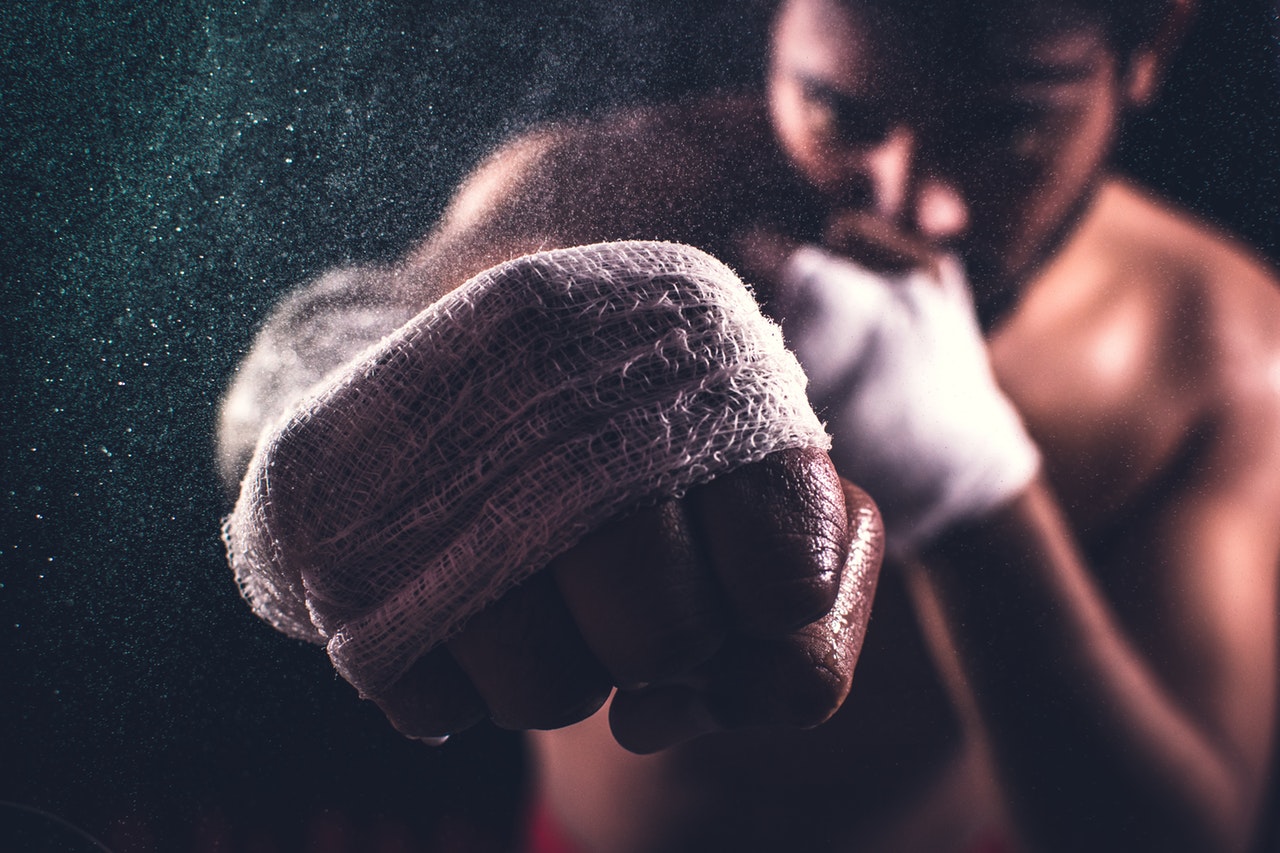 In most people’s perspectives, boxing has always been viewed as a brutal sport that would not help anyone but those who were in pursuit of a professional career. In today’s world boxing is observed as a brutal sport to engage in but it is not the case for those who observe this sport from a different perspective. They say that boxing has shaped their lives in different ways that they never thought it would, and not only has it changed their own lives but they also observed how boxing changed other people’s lives.

Using their knowledge and their skills these coaches have managed to use this so-called “brutal sport” as a tool to change people’s minds, bodies, and spiritualities. A tool that many would think is dangerous and perhaps ridiculous, has brought out the best in them. Shifting directions, from taking the wrong paths to take new roads, it can be a second opportunity for a person who was following in the wrong footsteps. This tool would be a way of escaping the hard reality that every single person faces in their daily lives. Boxing has changed the perspective on how people face their problems. At times some of the problems these clients overcame were severe, such as sexual assault. Boxing has become an empowerment to stand up for those who have been affected by the cruelty of the society. Those who are trying to figure out how to change their own lives for the better.

Title Boxing Club Springfield has two of the best coaches, Ricardo Matallana Leon otherwise known as “Rico” and Alex Cady. Boxing not only changed their lives but it also changed the life of a student at Marymount University, Emily Dorsey 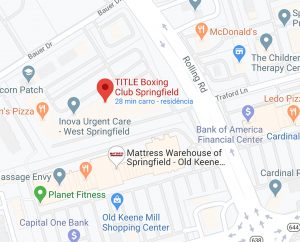 Having the necessity to fight, Matallana was raised in the “slums” of Peru, as he calls it, and had to learn to fight from the age of nine and that is when he was introduced to the sport of boxing. Having to survive in the streets, it pushed Matallana further to fight for the love of the sport. Along the lines of his background, Matallana said, “We were exposed to poverty, I had a house with no roof, in El Callao Perú. My family didn’t have much money, my father was killed at a really young age when I was around four years old. So really being a callejero A.K.A street kid I just had to learn how to protect myself so boxing was my go to.” The daily struggles that Matallana faced day to day were factors that would help him find refuge in boxing.

He would find inspiration from his older cousin Jeremy Herrera who was known for being the mixed martial artist of the family, he introduced everyone to a variety of martial arts such as Karate, Kung Fu, and Jujitsu. Later on Herrera showed Matallana that there were several forms of combat, and Matallana would also find inspiration from professional boxers such as Mike Tyson.

Motivation plays a huge role in order to become a boxing coach. Matallana said, “I am a certified fitness trainer, I am inspired to help others in any way that I can. And physically it will trigger them to be emotionally happy. It inspires me to help and change people to grow. There are different levels of life, and there are different levels of your own body to excel.” Matallana included that he helps street kids who are going in the wrong direction to find a better path, teaching them how to box. Matallana said, “As being a street kid if I had the right motivation, and the right guidance I would have done a lot better. I am also triggering and focusing on kids who miss leaded miss guided and are going through the wrong ways as far as the street life. So I am trying to get them back on course and trying to make them focus on something else rather than the street life.” Using his coaching skills, Matallana finds a way to use it as a tool that will shine a light on a different path for those who are being miss guided and those who seek help, but it does require a lot of support in order to get the job done.

Matallana said that his biggest support has been God since he is the one who has given him a second chance. He opened up a little more on how boxing has given him a second chance, and talked about the ways in which boxing has changed people’s lives and his own. He said, “It has changed my life because it has given me a second chance. Unfortunately, I took the wrong road when I was younger and it led to my adulthood which then led me to serve four years in prison, and that ended my school when I was at George Mason. That ended any other goals that I had as far as getting a degree and when I came out I was given a hand and it was something that I was passionate about. Boxing gives fighters and non-fighters a second chance for life because you are fighting not even in the ring, you are fighting life.”

Boxing is not the only thing that has taught Matallana to be a better coach and person but his clients have also taught him to develop important values such as patience and perseverance. For example, one of his clients that have taught Matallana to persevere had just lost her husband, her grandmother, and her child is going down the wrong road. Not only is he keeping kids away from the street life but he is helping several clients lose weight and mentioned how they felt emotionally happy and how it makes them smile. Boxing shifted Matallana’s life and he gives advice to those who are trying to shift their own lives. Any advice that he gives for those who struggle to find a good workout routine is to find something that they love whether it is a sport or just working out. “Set an example for the next generation, if you are already in the road in life that you are no longer gonna make mistakes and you are focusing yourself to help others build than you need to focus on that and be patient at it. Keep helping others, if you have an opportunity to help or to make someone smile keep doing and keep being a blessing to someone,” Matallana said. The second chance that boxing has given Matallana has truly been example of redemption and passion, and with the drive to help those who are going down the wrong path and for those who struggle in life.

Some people see boxing as a way for standing up for others, for those who do not have the strength or voice for it. Alex Cady is one of the few people who has stood up for those who are being picked on. Cady said that he was introduced to the sport, mixed martial arts, and boxing, at the age of thirteen. He has been a coach at Title Boxing for four years now. Cady said, “I got into it because I watched a show called Bully Beatdown on MTV. And I thought it was cool that these bullies challenged to fight M.M.A fighters for five thousand dollars and they would always lose, and I thought it was so cool because it was a cool way for standing up for other people and that motivated me.” Interestingly enough, the motivation Cady found was through a television show that would demonstrate what it is like to stand up for others. Inspired by this show Cady sought to get himself involved in the sport.

Aside from the show, Bully Beatdown, Cady found inspiration by his coaches Mark DeLuca and Arron Riley. The way that DeLuca explained things and the way that he made him feel about his learning inspired Cady to be a coach. Being an ambassador to the sport of boxing is perhaps another reason that motivates Cady to become a coach. Cady said,

“Empowering people, helping them find their inner strength, the fighter inside of them.”

Along the lines of inspiration comes support, and Cady said that his family, especially his older brother, John who was in the marine core, has always supported him. His brother would write letters about the things that he was going through while he was away, and that motivated Cady. Aside from perseverance and all of the physical aspects Cady has learned to stay calm and relaxed in high stress situations through boxing. People have changed his life by becoming more perseverant, and he said that perseverance is the key value to this sport.

When asked about how boxing and his mixed martial arts skills have changed people’s lives Cady said, “I’ve definitely seen it translate to other people in that interest spark, people that I have worked with have found that sense of empowerment.”

“People come in with this mentality that you have to take yourself very seriously and be a “tough guy” all the time sort of persona, and one thing that I try to resonate to people is that you just have to be yourself,” Cady said. Boxing allows everyone to express everything that they are going through, it allows them to express themselves but it also allows them to defend themselves from every harm. One client in particular that Cady has worked with was sexually assaulted, but she was able to rise above everything that happened to her and she was able to do it like a true fighter. Cady advised everyone to be clear with what they want to achieve and to be very disciplined. If they are trying to become coaches do it not only for the money but do it because of the passion, there is more to it than just the money. It is passion.

Boxing has changed the lives of these coaches, but it has also changed the life of a girl who is looking for new experiences. This is the case of Emily Dorsey, a student at Marymount University who has been getting out of her comfort zone. “My friend had mentioned possibly start boxing, then my dad brought me up in Jujitsu with him, it reminded me of wanting to do boxing. So I found Title Boxing which I heard from her,” Dorsey said. She admitted that she did boxing for a short period of time but through that time she became physically stronger. Her father and her friends motivated her to keep on boxing at the time since she was going through some tough times. Dorsey said that she had learned to be more disciplined and she would recommend everyone to do at least one boxing class. Lastly Dorsey said, “It releases stress and anger whenever we deal with problems in life.” Boxing is not as brutal as people think it is until they put on the gloves to fight life. It is only brutal depending on the perspective in which one sees it. It is beautiful. A form of venting that could save lives, give second chances and give those who do not know how to stand up for themselves. A chance to be themselves.