Marymount’s Tradition of Tribute: Flags for 9/11

Posted by The Banner on Wednesday, October 2, 2019 · Leave a Comment 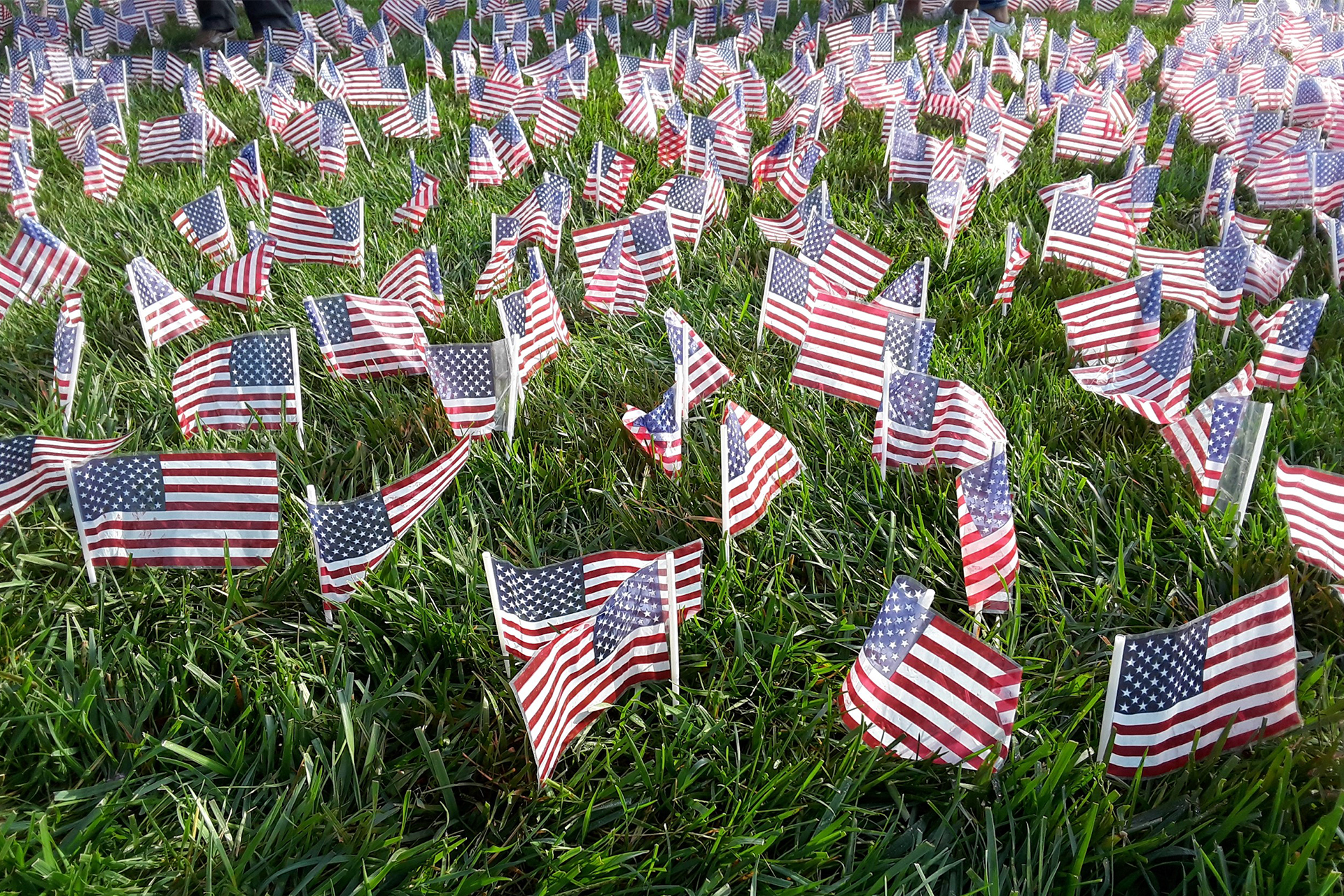 The grass of Ireton lawn was dewey on Wednesday morning, making the task of planting nearly 3000 flags harder than it already was. A group of dedicated volunteers, from SGA, the College Democrats, and the College Republicans, were there bright and early to set up the yearly memorial to the victims of 9/11.

“We get here at eight in the morning to set up the flags, so that, as students walk by, they can, sort of, take a moment to remember 9/11,” Sarah McDonald, who is the current SGA President, said.

Anne Aichele, Director of Leadership and Learning, was present at 8 am to help and coordinate setup. She recalls her experience in the United States before 9/11.

“I think that’s part of the reason why memorials like this are important. Obviously it’s not as personal to them, however, it absolutely changed the way the world functioned. You could cross the border without a passport prior to that, you could walk to a gate to meet to meet your loved ones or put them on a flight before this. And that doesn’t even speak to the hundreds of thousands of people, students, who identified as muslim, whose lives 100% changed, because of the way people looked at them, because everybody was a suspect at that point,” Aichele remarked.

“It’s important that we remember and educate our students on [the 9/11 attacks], because life wasn’t always like this. And I think that that’s what makes educational institutions like Marymount so important, both in and outside of the classroom,” she said. 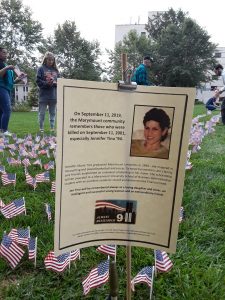 The weight of this particular day was punctuated by a small and unassuming flyer at the corner of the lawn: a memorial. Jennifer Tino was a Marymount alumna and former athlete who was killed during 9/11. Her family set up a memorial scholarship in her name.

The first speaker for the names reading was Justin Srsic, a junior and Politics major and president of the Marymount College Democrats. He speaks on his experience, reading names for more than an hour.

“Sept 11th is personal for me. Obviously, I was too young to be aware of it, I was about two years old, but I’m well aware of [9/11], as my family is from the Long Island Area,” Srsic said. “So we, at the time, lived in upstate New York. My grandmother had passed away a few days prior, and the funeral was scheduled for Sept 11th. And, we were unable to actually into get the city, because the bridges were shut down. So, it was pretty rough.”

Jessie Bricker, a senior Biochemistry major, was chosen as the serviceperson to ring the bell at 8:46. She gave her thoughts on the campus’ attitude towards public servants.

“Although Marymount University does take time on 9/11 to honor those who sacrificed and who worked, I do wish Marymount had other events to recognize people who on a daily basis are first responders, who are serving their country, in any capacity: whether that be the police, firefighters, the military. We don’t really have that, besides this one day,” Bricker said.

Marymount is a young school, but that doesn’t mean it isn’t steeped in tradition. The 9/11 Memorial Flag Placing has been going for longer than many students can remember, and shows no sign of ending soon.