Portfolio in Motion: A Showcase of Student Creativity 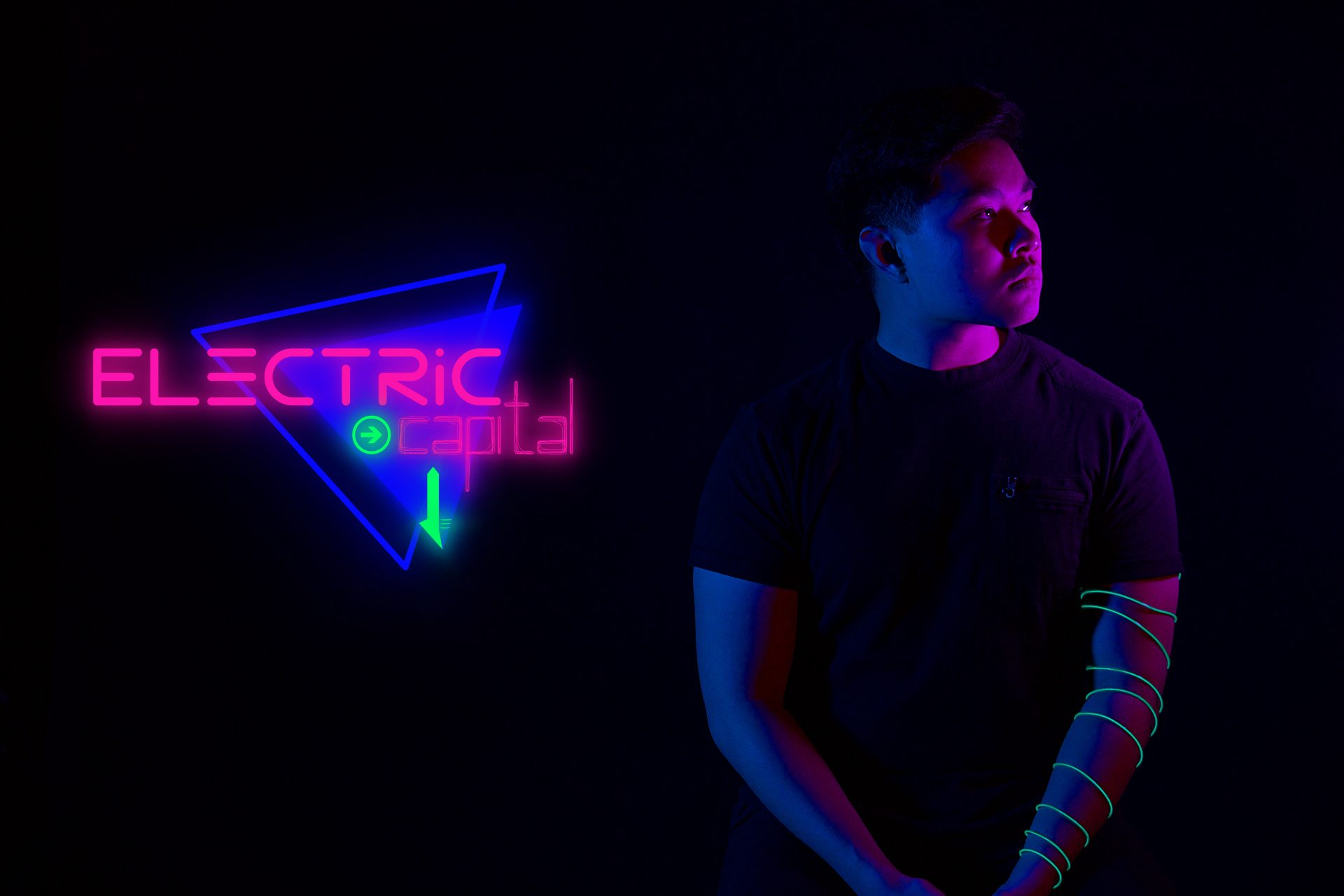 From the beginning of the Fall semester to the show’s closing night in May, Marymount fashion students buzz with excitement and ideas to contribute to Portfolio in Motion each year.

Portfolio in Motion, Marymount University’s annual student-produced fashion show, is the highlight of many students’ years. The show is a presentation of students’ designs, theme development, and creative direction throughout the school term.

The show’s website says that “Portfolio in Motion was first introduced by Marymount in 1989 and has been headlining its runway ever since.”

Involvement in the show comes in many forms including promotion, merchandising, model management, technical operations, and budgeting. Students can apply for specialist or head coordinator positions in each of these teams, and work all year to complete specialized projects for the show.

Most roles are carried out by fashion students as part of their grades, but there are some ways students outside of the fashion program can be involved with Portfolio in Motion. Julianna Carfaro, Co-Head Coordinator of Model Management, said, “I think many students don’t realize that you do not have to be a fashion major to be a part of the show.” This year in particular, the fashion show has incorporated collaborations with other programs to enhance student involvement. 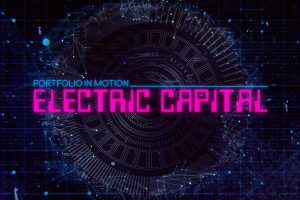 Students from any major can also try-out to model student designs in the show. “It doesn’t matter if you never modeled or if you are not a fashion major. We will mold you into the next Gigi Hadid,” says Erykah Hatch, Co-Head Coordinator of Model Management and junior design student.

In describing their roles, Carfaro and Hatch say that they create choreography and poses, plan model hair and makeup, and pick the show shoe for each model to wear down the runway. “All the teams work together and we are all very good about helping each other out when our schedules get crazy,” says Carfaro in reference to the sometimes overwhelming responsibilities of her role.

As creators of Portfolio in Motion and full-time students, head coordinators and specialists often find balancing the two to be challenging. “Time management is a reoccurring challenge in all aspects of the fashion show,” says Carfaro. “Planning for the show starts in the fall semester and continues until the show in May. We have many different events, checkpoints, meetings, and practices in-between this time frame. It is important to stay on task to keep the calendar moving efficiently.”

Olivia Pienta, senior fashion merchandising major and Executive Director of Portfolio in Motion: Electric Capital, remarks on the importance of organization when working on the show. “As long as you’re organized, I feel like the role isn’t—none of the roles—are horrible. It’s all on how you organize it, so I think it’s just some last minute things that need to be done right away—that’s kind of the more stressful things—and it can’t be done until maybe something is approved. But, as long as organization is there, you should be good.”

“I am just the liaison between the higher-up and each team, so I’m kind of making sure that every task is being completed. I handle different back-office things, handling money with Joe [Head Coordinator of Budget], kind of just the nitty-gritty—that’s how I describe it—just making sure that everything is done according to the calendar,” says Pienta on her role.

While the responsibilities of working on the fashion show can be grueling, there are also plenty of satisfactions that come with each job as well. “I enjoy the feeling of a family that is created with the model team,” says Carfaro. “It is so nice to have students from all different majors come together to work as models.” Hatch says that “being able to teach new models what I have learned, gained, and overcome over the past two years” is a personally satisfying aspect of her position. Model practices are every week, starting in late January, on Monday and Wednesday nights from 9 to 11 PM.

Hatch says she is looking forward to seeing the show itself, “being able to show my garments and conquering the role of being Model Coordinator, like the Coordinators before me.”

Pienta says that she finds it rewarding to watch her team members grow and succeed in their roles. “If I can motivate them to do that, that means that I am following along and being a good leader,” says Pienta.

Portfolio in Motion is continually evolving, from the theme of the show and the team of students producing it, to the Designer of the Year that the fashion department honors and invites to the show. Notable names in the industry, such as Michael Kors, Carolina Herrera, and Oscar de la Renta have attended the show and were honored as Designer of the Year. This year, Lazaro, a renowned wedding dress designer, will receive the award and attend the show on opening night. 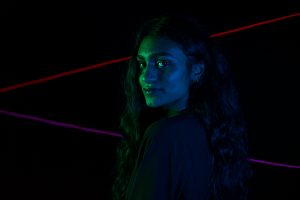 Each year, a different pool of students take on the roles and produce the show, so it is always different and ever-changing. “A new group of people brings about a new group of ideas,” says Pienta. “There’s a lot of changes being made, and there’s gonna be things that nobody has ever seen before involving basically everywhere, so more to come on that—you’ll have to attend the show to see that!” she says.

Those involved in the production of Portfolio in Motion decide on the theme during the Fall semester, but it is not announced to the public until February. From there, the promotion team posts pictures on the show’s Instagram page, including model head shots for a segment called “Model Muse Monday.” The headshots each year are taken with effects to coordinate with the theme.

This year, models posed on a stool while color filters of red, blue, green, and yellow flood over them. Each model incorporates a string of LED light somewhere on their person, tying in with the theme of Electric Capital.

Because most of the show’s production is done behind the scenes, there are some things about the show that the public is not aware of. “I think that a lot of people don’t actually realize how much work goes into it. I don’t think that people realize the amount of hours the students put into either designing their artwork or us pulling a poster together. There’s so much behind the scenes and I think we have something involved this year that everybody’s gonna kind of get a glimpse of that, so again, stay tuned,” says Pienta.

Hatch also speaks out from a designer’s perspective, giving insight to the inspiration behind the creations. “Typically the designers make their clothes to their size so that they could wear them when the show is over.”

During the weekend of the show, the production team is rewarded with seeing the result of their hard work throughout the school year. “I look forward to seeing and hearing the reaction of the audience during the show,” says Carfaro. “I think it is the most rewarding thing to see people enjoying what we have all worked so hard to create.” 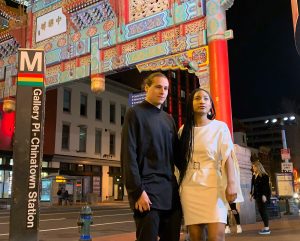 Behind the scenes of PIM 2019 Promotional Photoshoot

Many involved in working on the show would agree. “I think my favorite moment is sitting at the first rehearsal, where the stage is lit up and people are finally in their garments and its like ‘oh my god!’ It all worked out,” says Pienta.

If students want to get involved with the show, they have many positions to choose from and many benefits to reap. “Being a part of PIM is such a great learning experience,” says Carfaro. “Not only is it a great experience to add to your resume but you get to share your ideas with others and get to see them come to life through all aspects of the show.”

“Don’t be afraid,” says Pienta to students who are looking to get involved. “I feel like some people are maybe afraid of either the workload or just maybe the people involved. Just get involved! You’re gonna love it and you’re gonna kind of find that it is a lot of work but it also fits your schedule.”

So why should people come see Portfolio in Motion? “As one old professor used to say, ‘The fashion department is like the football team of Marymount and PIM is our championship game,’” says Hatch. “People should come see PIM because not only everyone’s friends are participating in the show, but the department works so hard to put on the show. The designers slave to meet crazy deadlines for this one show. So why not come out to see what we been crying our eyeballs out all year for?”

Carfaro agrees that the show is a great experience for everyone. “Not only should people come to PIM to support their fellow students, but they should also come for the fun of it. The event is so amazing and entertaining,” says Carfaro.

Portfolio in Motion has more to offer than most realize. “People should just come see the show because we’ve put in so much work and it’s this beautiful show. I think that people think it’s just gonna be like this normal kind of student-run production, and we have contractors involved, we have professional lighting, professional photographers—we’re high up there.”