Posted by The Banner on Monday, September 2, 2019 · Leave a Comment

Rome, London, Hong Kong, Paris—these are just a few places you can study abroad at Marymount University through the Center for Global Education.

Students at Marymount University are offered many unique education options, one of these being the study abroad programs. The University’s Center for Global Education enables students to study abroad at a variety of locations and become immersed in the city’s culture.

Students can take part in week-long, summer, or semester-long programs.

Jennifer Crystle, Assistant Director of the Center for Global Education, advises students who plan to study abroad on semester programs. Her experience studying abroad in Bilbao, Spain encouraged her to dedicate her career to helping others have a similar experience.

“The most satisfying part of my work is when students come back, especially after a semester, and they have a whole new outlook on the world,” says Crystle. 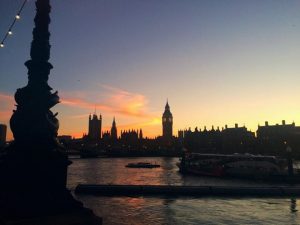 Crystle advises that the key to planning to go abroad is to start planning early. “The sooner you start to plan the semester abroad, the better. A big part of study abroad are the academics, so it’s really important to make sure that courses are going to align and that we have the support of the student’s academic advisor and department,” says Crystle.

Crystle then meets with students to choose their program and courses, and discuss finances and health and safety of studying abroad.

Claire Markey, a junior fashion merchandising student who studied abroad in Florence, Italy for a semester, shares her planning process.

“In order to study abroad for course credit, we had to go through the global education office where they helped us with applying to the school, registering for classes and housing. A few months before leaving, I also had to apply for a visa through the Italian DC Embassy,” says Markey.

Rebecca Moreno, a senior fashion design major, has spent a semester in Florence, two weeks in Belize, two weeks in Vietnam, a week in Spain, and a week in London throughout her college career. She planned her time abroad logically in order to sync the classes she needed to graduate.

“There was a lot of planning on my end in regard to making sure the class fit with my schedule versus just taking it just to take it—that’s a waste of credits, it’s a waste of time, really. So I made sure it was beneficial for myself and the curriculum I had to do. And then from there, just applied and hoped for the best!”

Once a student has solidified their decision to study abroad, they are opened up to a variety of benefits to reap from the experience.

Crystle speaks on the occupational benefits. “There’s been a lot of research that study abroad increases students’ employability. More and more we are seeing big companies come out and say that they value students who have an international experience. Intercultural competence is increasingly important to employers, so after students study abroad, we encourage them to add these new skillsets to their resumes.”

Students can benefit from self-growth as a result of studying abroad, as well. “Obviously employability is an important benefit of study abroad, but then there are many other advantages like learning how to be independent, learning how to manage your money, learning how to work with people of different cultural backgrounds…and just personal growth. I definitely was a different person when I came back from my study abroad experience, and you can see the changes in our Marymount students, as well” says Crystle.

Markey shared similar experiences, saying that an advantage was “being able to experience new cultures and learn a new language.” She says, “it helps you grow 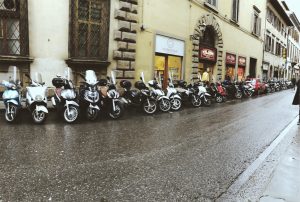 as a person and it allows you to become more independent.”

Spending time in a foreign country teaches one a good deal about different people around the world and how they act in their society, as Moreno points out.

“I think having a better understanding of people’s body language is a benefit, because obviously here we’re very big on personal space and eye contact and stuff like that versus in other countries, that doesn’t exist. They’re used to being stacked on top of each other, and it still works for them,” says Moreno.

Moreno shares that she chose to go abroad “to see the world.”

“I think it’s just so cool,” says Moreno. “Here, we have so many different people, but we don’t really know their culture unless we dive right in, so that’s what I was trying to do with Marymount since they offered so many different programs.”

Markey also made the decision to study abroad based on the unparalleled cultural experiences she would gain as a result.

Although there are many advantages of studying abroad, students encounter some difficulties as well, whether they be during the program or in adjustment to coming home.

Crystle touches on reserve culture shock and the effect it has on students, most often when they study abroad for a semester or longer.

Students often times run into the language barrier between English and their host country’s native language that makes it difficult to interact with others.

“One of the biggest challenges, especially for students going to a country where English may not be the first spoken language, is definitely the language barrier. Although students can usually take their courses in English, getting comfortable with speaking and understanding a new language is sometimes a challenge for our students,” says Crystle.

Moreno agrees that language is a “big” challenge when studying abroad, and makes getting around in that country difficult as well.

“Figuring out the transportation was a little difficult because it was in another language, but it was very similar to DC’s transportation system. They had the colored lines and a name, so it pretty much worked the same way.”

Students can struggle with academics abroad and the differences from American classes, as well.

“The classes were more academically challenging. Each class had less assignments and professors had a stricter grading policy,” says Markey.

The independence and freedom that come with studying abroad can also be overwhelming to students, so they must take action to control and manage these liberties in regard to their school work.

“I think when students are studying abroad, it’s sometimes easy for them to get caught up in all the excitement—they want to travel frequently and experience all that they can—and we certainly want students to do this by all means. However, we just encourage students to remember that they are there to be students first, so it is important for them to manage that excitement of being abroad and also putting their studies first,” says Crystle on time management abroad. 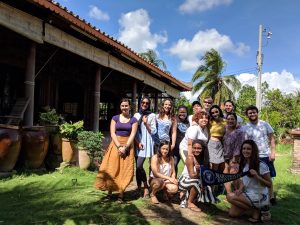 There are many destinations to choose from when studying abroad that correspond to the student’s major and the courses they wish to take there.

“Students can study abroad in any country, as long as it doesn’t have a travel warning, but that’s the hard part because it can initially be a bit overwhelming with so many options. However, once I start talking to the student about types of courses they need and what type of culture they want to immerse themselves in, then we can start to really narrow the program options down,” says Crystle.

Some students stay away from the concept of study abroad in fear that it is too costly, but Marymount works with the student and financial aid to ensure that he or she can have an enriching cultural experience without breaking the bank.

“There are a lot of myths about studying abroad. I think one of the biggest ones is that it is too expensive, especially for a semester. However, here at Marymount, we try to make study abroad very affordable for students. We try to direct students to affordable program options that are close to Marymount’s tuition, and the housing cost can be pretty consist with the cost of housing here at Marymount. In some cases, it can even be cheaper than what students pay here at Marymount, so I think there are a lot of misconceptions around the cost of studying abroad,” says Crystle.

Markey says that people might not know that the cost for studying abroad is taken from their Marymount tuition.

“There is no extra cost to studying abroad other than your spending money and your flight but your tuition and room and board are the same price. However, there was no meal plan at LdM so we had to go grocery shopping each week and cook our own meals. The cost of our grocery shopping was about the same as a meal plan here at MU, if not cheaper,” says Markey.

Students may also be wary that their major is not accommodated with abroad programs.

“Students think that just because they may be majoring in nursing or IT, that they cannot study abroad at all, and this is definitely not the case. We actually can send nursing and IT students abroad for a whole semester, if they start to plan early,” says Crystle. 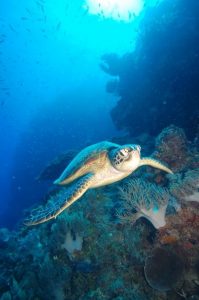 Those that are set on spending a semester of their college career in another country often times have anxiety before departing, but they are encouraged to look at the opportunity with excitement and optimism.

The students unsure about committing to an abroad experience are encouraged to do it and dare to be adventurous.

Markey persuades these students to go, saying, “If you’re thinking about studying abroad or if you are hesitant about it just go ahead and do it! It will be one of the best things you will do for yourself and it gives you so many great opportunities.”

If given the opportunity, Moreno would like to tell students considering going abroad to “absolutely go for it because they might not get this chance again. Don’t second guess; you have to step outside of your comfort zone in order to grow as a person….so take the leap!”

Students can visit Jennifer Crystle and the CGE team at the Center for Global Education located on the first floor of Gerard Hall for more information about studying abroad.