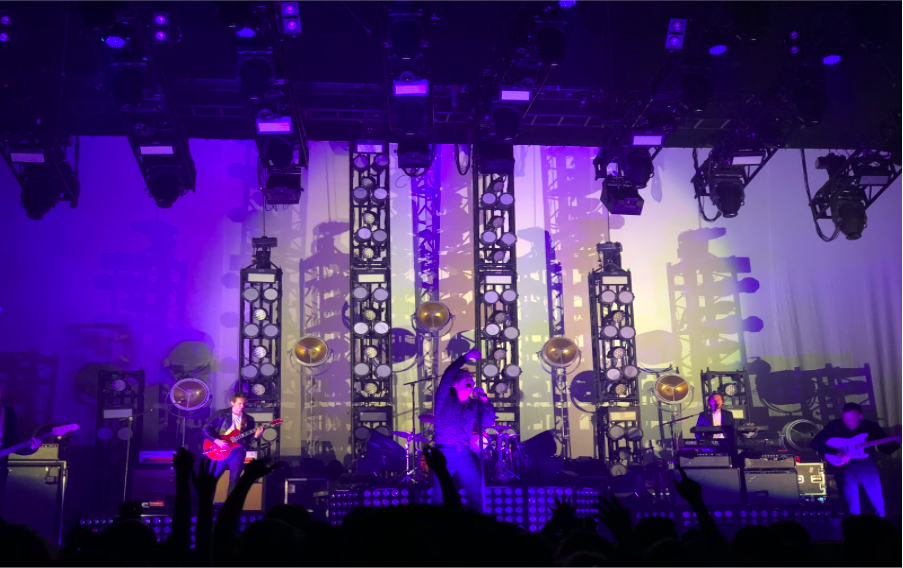 Known for their energetic live performances, Cage the Elephant were the final artist to join the third-weekend grand opening of “ESA.” 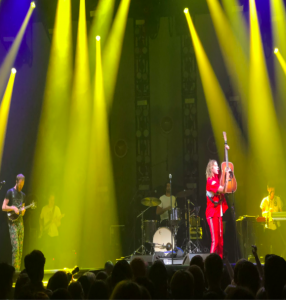 Frontman Judah playing one of
his many instruments that night.

Known for their energetic live performances, Cage the Elephant were the final artist to join the third-weekend grand opening of “ESA.” Joined with American band, Judah & the Lion that mixes hip-hop and folk music making their music unique.

Debuting the stage, Nashville band Judah & the Lion opened the concert engaging the audience immediately. As people continued to gather in, the band continued to play their latest hits including the cover song “Mr. Brightside” by The Killers.

“Let’s leave our differences aside, tonight we’re one,” said Judah Akers, the lead singer from Judah & the Lion.

After 30 minutes of jumping, dancing, and singing along to Judah & the Lion, the venue got packed with eager concert goers who were ready to see Cage the Elephant. A group of people started to blow balloons and throw it to the crowd which became the entertainment while ‘tech’ crew prep the instruments for Cage. 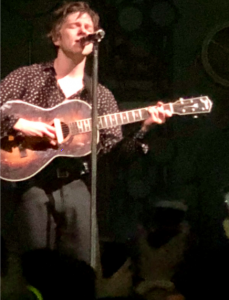 The whole arena got pitch black and one by one, the band members started to come on until lead singer Matt Shultz began to singing “Cry Baby.” The crowd started to sing and jump along with Shultz. Shultz is known for his unique dances and energetic performances, and there was no exception that day.

Shultz came back on stage with his guitar after saying thanking the audience and played a song he had never played live before.

“I’ve never played this song live, and this is my first time playing it,” Shultz said. He messed up the first and second time, but the audience did not care. The arena brightened up with flashlights and lighters from the audience.

The night continued with more hits like “Too Late To Say Goodbye” and “Come a Little Closer.” At the end of the show, Schultz expressed how happy he was part of ESA’s grand opening. The night ended with confetti coming from the ceiling, and the whole crowd singing to “Teeth.” 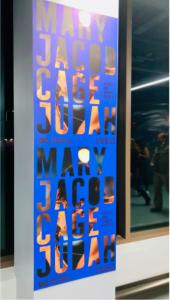 Cage the Elephant and Judah & the Lion poster
around the Entertainment and Sport Arena.

Don’t forget to check out DC’s new Entertainment and Sports Arena for concerts or sports dates.

And check out Cage the Elephant on their social media!