Posted by The Banner on Wednesday, February 14, 2018 · Leave a Comment 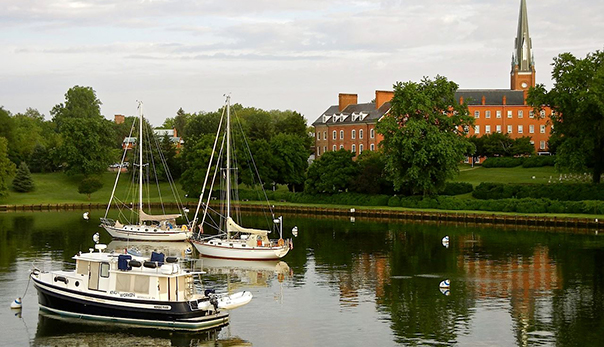 Honor great African Americans, like Frederick Douglass, see where midshipmen are made, and crack some crustaceans, among other enriching activities!

Gray, stormy skies and wicked winds can make winter “blah.” Here’s a way to make those skies bright and sunny again: Visit Annapolis! Its idyllic location on the shores of Maryland’s Chesapeake Bay and lively, historic downtown are sure to lift your spirits.

Whether you’ve always wanted to learn more about famous African Americans, like Frederick Douglass and Benjamin Banneker, visit the U.S. Naval Academy, or get your hands dirty while making your mouth happy opening delectable blue crabs, Annapolis has it all. Below are five things to do and see in Annapolis, as well as transportation options from the Ballston Metro station.

Many of the following things to do are shown with a red star on this tour map of Annapolis and are within walking distance of the Maryland State House. Most are FREE!

Benjamin Bennaker was born a free-man on a Baltimore County tobacco farm in the 1700s. He was a man of science, math and politics. Many of his almanacs were published, as were letters he and Thomas Jefferson sent to each other in which Banneker made convincing arguments for the freedom of African slaves. 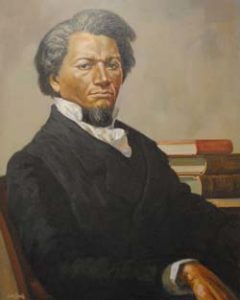 As for Frederick Douglass, he was born into slavery in Talbot County, MD in1818, but escaped in 1838. He then spent the rest of his life fighting for the rights of African Americans and held many posts in government including president of the Freedman’s Savings & Trust and an appointment as Minister Resident and Consul-general to Haiti in 1889.

Admission to the museum is FREE! It is open from Tuesday to Saturday, but is closed on Sunday and Monday. For more about the museum, visit its Website here.

This institution has been training young men and women, called midshipmen, to be officers in the U.S. Navy and Marine Corps since 1845, but many find it to be a mysterious place. Ever wanted to know what happens behind its high gray walls? Come find out! Begin your tour just inside USNA Gate 1, at the Armel-Leftwich Visitor Center. The grounds are generally open from 9:00-5:00 daily.

At the visitor center you can view a 20-foot by 6-foot touch screen wall map where you can chart a course of sightseeing in the “Yard,” the term used for the verdant grounds of the academy. Some of the major attractions include the picturesque, Beaux-Arts Naval Academy Chapel, the informative Naval Academy Museum with its poignant sign reminding midshipmen “Don’t Give Up The Ship”, and the decorative, marble Crypt of Revolutionary War naval hero John Paul Jones.

A photo ID, like a driver’s license or passport, is needed to gain access to the U.S. Naval Academy. For more information, visit the Visitor’s Center website. 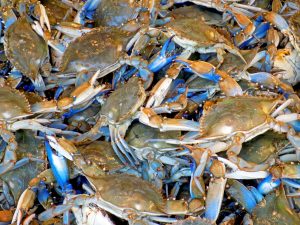 The Chesapeake Bay is known for its bounty of blue crabs and Annapolis has numerous restaurants that serve this delicacy. They are usually steamed and seasoned with Old Bay seasoning (a mildly hot, tangy concoction of pepper, paprika and other spices). If you’re a little unsure about just how to crack into one of these tricky treats, you can watch this video by Brian Stoehr, a Maryland native, before you eat: “How to Pick a Maryland Blue Crab.”

It will show you how to choose the best one out of a pile, how to remove its legs and shell, and then how to find the moist meat inside. Here are just two of the top-rated crab shacks found a short distance from the U.S. Naval Academy. (They are sorted by shortest distance from the Academy):

(1) Buddy’s Crabs and Ribs, 100 Main St, Annapolis, MD 21401. This crab restaurant is located upstairs from Zackary’s Jewelers and is only a half-mile from the U.S. Naval Academy, which is about a 10-minute walk. They generally open at around 1100 (check here for hours). They serve steamed crabs in quantities of one, half dozen, a dozen, or a bushel, so you can try one yourself or share them   with some friends! See Buddy’s menu here. 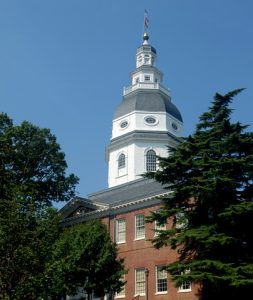 The Maryland State house built in 1772.
Photo courtesy of Maryland.gov

(2) Cantler’s Riverside Inn, 458 Forest Beach Rd, Annapolis, MD 21409. This crab shack is right on the water and is open daily from 1100. It is four miles from the U.S. Naval Academy, so will need to Uber over there from downtown Annapolis, but it will be worth the short drive to experience this Chesapeake tradition with a spectacular view of the bay. See Cantler’s menu here.

Looking for jazz? You can find it at the Powerhouse on 126 West Street, a short six minute walk from the Maryland State House. Want a local flavor? How about The 49 West Coffeehouse, Winebar & Gallery for American fare and laid back local musical artists. For a list of clubs and pubs (many of which play live music) just check out VisitAnapolis.org.

Want something different from the club scene? Try out a play at the Annapolis Shakespeare Theater Arts Company at 1804 West Street. This intimate theater serves snacks and drinks and is currently performing

“Blithe Spirit”, the Noel Coward classic about a séance gone wrong. “Blithe Spirit” is currently playing through Sunday February 25, 2018. For more information about this play, check out a review at the DC Metro Theater Arts website. For tickets call the box office at 410-415-3513, or purchase them online.

How to get to Annapolis:

It takes about 1.5 hours during rush hour or 45 minutes any other time by generally taking route 50 East out of DC.

(3) Continue on MD-70 S/Rowe Blvd. Drive to Church Cir in Annapolis. You will see the State House and the U.S. Naval Academy.

(1) Take the Silver or orange line from Ballston/MU station toward Largo Town Center and get off at Smithsonian.

(3) Get off at West St. and Chinquapin Rd. Welcome to Annapolis! Google Directions Here.