SGA: A Government By the People? 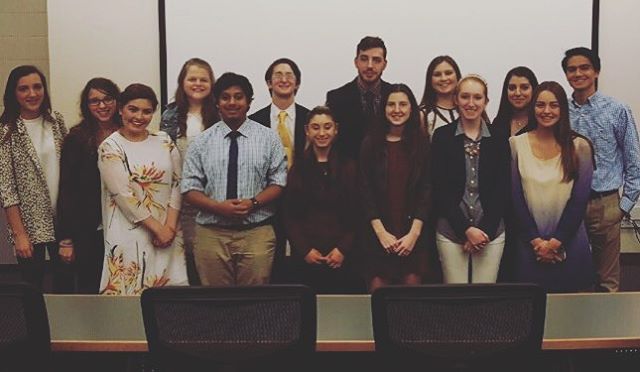 Why many of our SGA representatives aren’t actually elected by students.

With every well-established community, there is a great group of leaders behind it. At Marymount, many of those leaders are students in Student Government Association. Most of these leaders are appointed as well.

The SGA Senate at MU consists of a small diverse group of individuals. Most of them are female; one student is African American; one student is from India; and the majority of the students are white.

Regardless who makes up SGA, it is no coincidence that they all share the commonality of being appointed rather than elected. The reason for appointments is to fill seats in the senate that are left due to vacancies.

These vacancies happen “every so often” according to SGA President Brandan McCammitt. Vacancies more often happen with the upperclassmen. They tend to have internships, study abroad or graduate early. But members who are not upperclassmen also get penalized for lack of attendance at meetings or lack of commitment to SGA.

“Ideally, it would be perfect for everyone to get elected,” said McCammitt.

A major reason cited when asking why representatives aren’t elected into SGA is the fact that the MU student body is not aware of elections, or simple disinterest. Elections take place more often when it comes to “higher positions” such as President or Vice President.
McCammitt himself was appointed in his sophomore year and then elected for President his junior year.

“We’ve been looking for ways to be more approachable,” he said.

Trostle says he attempts to talk to students at any given opportunity. “I want to see more political activism,” he said.

Given Marymount’s location, it is curious to think, “Why hasn’t someone [peacefully] protested about something or someone on Ireton Lawn yet?”

Trostle notices apathy among students. He said sophomores and upperclassmen tend to be more pessimistic. The upperclassmen “too many times” talk down on events. This causes less turn out at school events.

“In my experience, I’ve been following SGA for three years and been a part of it for two. Over the course of these years, we’ve always had different class representatives… I’ve never seen a senator be biased to their class,” said Trostle.

He says at the SGA meetings, there is always a good advocacy coming from the athletes, the commuters and those of different races. Each and every SGA meeting is open to the public and is recorded live through Facebook.

“We want people to know what we are doing. Just because people don’t come out, doesn’t mean it [the meeting] has to be private,” said McCammitt.

Despite the interest each SGA member has about how to better MU and the student body, their goal as a collective will be focused on campus safety and the Board of Trustees.

SGA meetings take place on Mondays. Meetings are held late (at 9:30pm) in order for athletes to participate and since late classes end at 9:15. This is what McCammitt calls “finding a happy medium.”