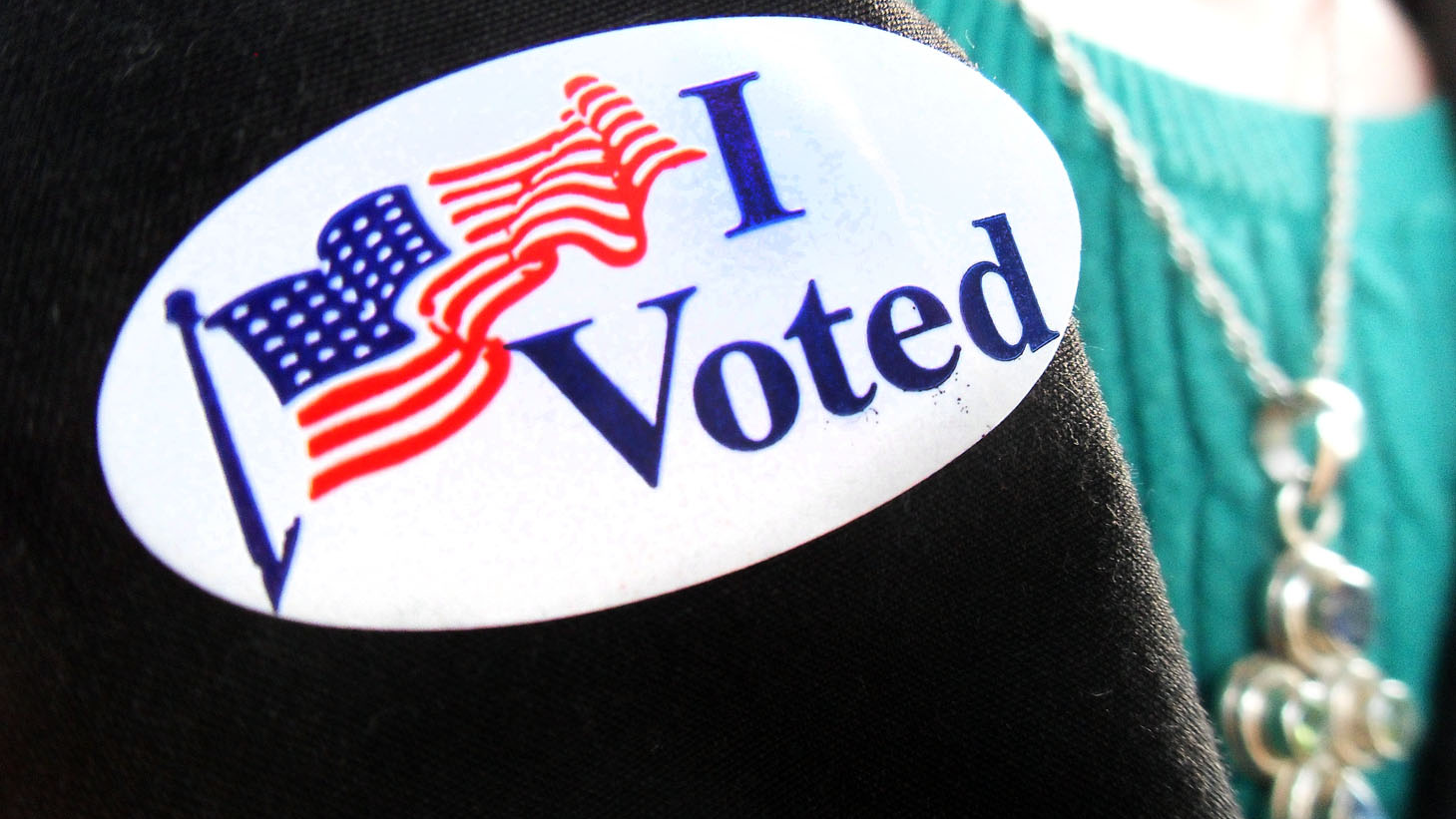 With Student Voter Turnout On the Rise, Some Still Remain ‘Politically Neutral’

I originally wrote this article for COMM 209: Contemporary Journalism during my Fall 2019 semester at Marymount University. I anticipate publication in Marymount’s student newspaper, The Banner, at a later date.

With the state elections over and Virginia now solidly Democratic, voters are turning their attention to the 2020 presidential race. Among those Virginia voters are over 500,000 students, a demographic with historically low turnout rate. There are indications, however, that the rate of student political engagement is climbing.

Recent elections have seen a notable uptick in the turnout of college students at the voting booth. The National Study of Learning, Voting, and Engagement, published by the Institute for Democracy & Higher Education at Tufts University, found that overall student voter turnout increased by approximately 3 percentage points between 2012 and 2016. The NSLVE report on the 2018 midterm elections indicated an even more striking increase: overall student turnout more than doubled between 2014 and 2018, going from 19.3% to 40.3%.

Hanan Seid, a senior communication major at Marymount University, credited the massive increase in turnout to a reaction to President Donald Trump’s victory in the 2016 election, saying “I think [that] kind of woke a lot of people up.” She later added that “if you’re not politically aware right now, I’m not sure what could possibly move you into that.”

A Forbes article on “The Rise of Super Civic Youth” pointed to other causes for the surge in political engagement. The article’s authors, Kei Kawashima-Ginsberg and Jen McAndrew, both of the Jonathan M. Tisch College of Civic Life at Tufts University, defined these “super civic youth” as “18-24 year olds who said they have or will take at least five (out of a possible 15) political actions this year, ranging from signing a petition to protesting, from voting in primaries to running for office.” With regards to the origins of this phenomenon, Kawashima-Ginsberg and McAndrew wrote that “super civic youth are more than twice as likely as others to hear from someone personally about voting, including parents and family members. 65% of these very engaged young people have heard directly from other young people about political issues and elections, versus 37% among less engaged youth.”

Why is student political engagement so low to begin with, though? Margaret Tseng, Professor of History and Politics at Marymount, described the situation of student voters in a way that seems like a catch-22. “Politicians tend to focus on ‘reliable votes,’” Tseng explained. “Older voters have a higher likelihood of voting and therefore politicians focus their issues on them. Young people feel left out of the process because politicians tend to ignore their issues/needs.” Some politicians have outright dismissed student voters. In 2011, William O’Brien, member and then-Speaker of the New Hampshire House of Representatives, called student voters “kids voting liberal, voting their feelings, with no life experience.”

Not only are students being ignored or dismissed, but some evidence suggests that student voting is being actively suppressed. A recent New York Times article identified several states — Texas, New Hampshire, Florida, North Carolina, Wisconsin and Tennessee — where voter registration laws or other voting regulations have made voting significantly more difficult for college students. Such laws are supposed to protect the integrity of elections against voter fraud, but numerous studies have indicated that instances of illegal voting in the U.S. are “exceedingly rare.”

Dave Brinker, a Senior Researcher at the Institute for Democracy & Higher Education, recently argued that “in a democratic society, political participation should be easier rather than harder,” and that, moreover, “civic engagement should be a core component of the college experience.”

The Pew Research Center conducted a survey which indicated that while the vast majority of Americans considered voting important, many, especially younger respondents, felt that it was not convenient. Prior to the 2018 midterm elections, the Intelligencer interviewed 12 young people, aged 21–29, who said they were unlikely to vote in the midterms. Of those, half cited some difficulty with the voting or registration processes as at least one reason they might not vote. College students aren’t the only Americans not voting, either. According to the U.S. Census Bureau, only 61.4% of all eligible Americans voted in the 2016 presidential election. The Pew Research Center found that many Americans were reluctant to vote due to concerns about the political climate and overcoming logistical barriers to voting.

Despite the aforementioned increases in participation in recent years, the majority of college students still do not vote. One such student is Marlon J. Love, a Marymount junior pursuing a degree in fashion merchandising. “I choose to remain politically neutral when it comes to voting,” he said. “One, because I was reared that way, two … I feel like politicians can’t do anything for me.”

Love said his political neutrality is grounded in his Christian faith. “It’s based on the Bible,” he said, explaining that his stance is about “putting … your faith not in man, but in God.”

Love is not alone in his decision to remain politically neutral. Justin Monticello, writing for Reason.com, called voting “one of the least effective ways to contribute to the American experiment.” Stephen Smith, in a piece for Medium, called the election process “immoral,” pointing out that “might doesn’t make right — even when exercised through legal elections and sanctioned (allegedly) by majority vote.”

Like Love, Seid, a Muslim, also said that her faith had a strong influence on her political attitude and beliefs, but in the opposite way. “In Islam, the [most] important thing is social justice,” she said. “You can’t be a Muslim without being a social justice activist.” Seid immigrated to the United States with her family from Eritrea at a young age, and while she has spent most of her life in Arlington, she still considers herself an “outsider,” someone who questions established traditions and institutions. “When we were learning about the Civil War,” she offered as an example, “we learned that the South lost. But why are our schools named after the generals for the South?”

Seid takes her civic engagement beyond voting, volunteering for campaigns and canvassing neighborhoods. That level of political activism, however, is a break from the norm for her immigrant background. “A lot of immigrant families like to keep their heads down,” she said. “Coming from that kind of a family, … I was like ‘I need to stand up,’ and I … need to make it known that I’m an American as well.” Her family does vote, Seid said, “but they’re not interested in adding [to] the conversation … in any big way.”

Seid highlighted human rights issues, especially immigrant rights and abortion rights, as being of particular interest to her. She said that while she used to simply vote Democrat, the field has widened in recent years and she now researches candidates’ stances on issues, usually by visiting candidates’ websites. “But if there’s a Muslim running, I’ll always vote for them,” she said, citing shared values. This echoes a comment from Tseng, who said voters “tend to vote for candidates that align with [their] belief system.”

In accord with his politically neutral stance, Love’s political opinions were markedly less pronounced than Seid’s. Rather than engaging politically, Love said that he preferred to focus his energy on school and his clothing brand. However, one issue he did express concern about, being black himself, was the treatment of black people in America. “Not only with the police,” he said, “but also … ever since Trump … people start taking the law into their own hands, policing others, policing blacks or African Americans or people of color.”

While Love refrains from voting or other civically-oriented activities, he said he does stay abreast of the news, and that he’s not entirely disengaged from the political system. “[I’m] neutral,” he said. “I have to be informed, I do have my viewpoints, but I just choose not to promote it or put it out there.” He will discuss politics with family or friends, but when it came to political conversations with others, he said “I just don’t feel like getting into debate or confrontation.”

Love and Seid represent two relatively extreme points on the spectrum of political engagement, but both have made conscious choices about how and to what extent they wish to participate in the American political system. Campus climates may be key to making sure all students have the opportunity to make an informed decision about their own levels of participation in politics. The authors of the 2012-2016 NSLVE report indicated that campus climates could “influence student decisions whether or not to vote or to be otherwise politically engaged.” Specifically, they hypothesized that “pervasive political discussions, strong faculty-student relationships coupled with political learning across disciplines, and vibrant electoral activities are attributes of a robust campus climate for political engagement.”

If the Marymount administration wished to increase student political engagement, Tseng suggested that a good first step would be to require a government class as part of the core curriculum. Currently, the liberal arts core requires at least three social science courses — two introductory and one advanced — but none of those need be courses in politics.