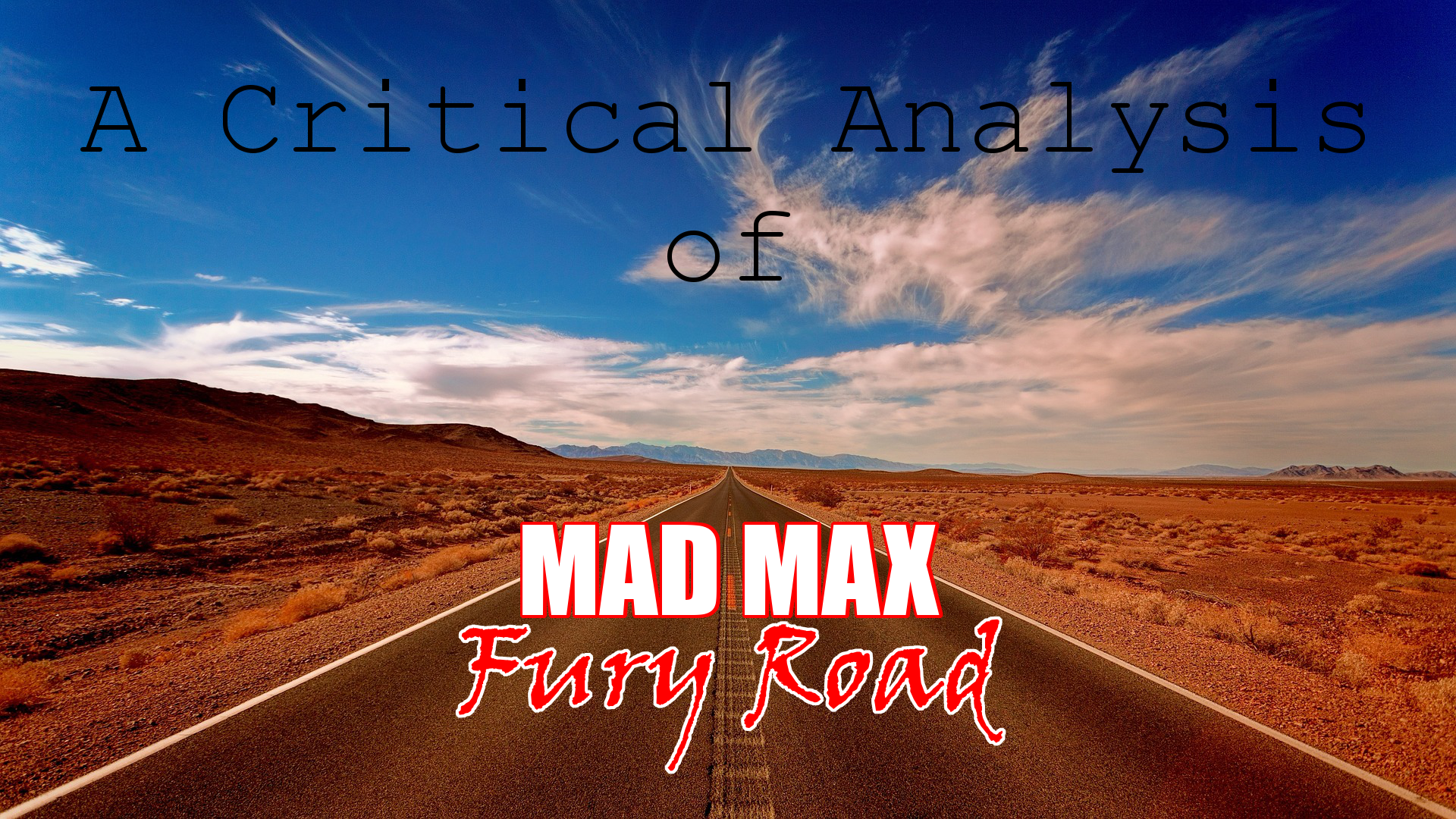 Mad Max: Fury Road is an post-apocalyptic action movie directed by George Miller and starring Tom Hardy and Charlize Theron. It was produced by Village Roadshow Pictures, Kennedy Miller Mitchell, and RatPac-Dune Entertainment, and distributed by Warner Bros. in the US and international markets and Roadshow Films in the Australian market. It saw theatrical release in the US and Australia in May of 2015.

Mad Max: Fury Road is a narrative film which tells the story of five women (the wives) attempting to escape sexual slavery to a post-apocalyptic wasteland warlord named Immortan Joe. The one spearheading this escape effort is one of Joe’s own generals, a one-armed woman named Furiosa. In the course of their escape, the women encounter Max Rockatansky, the film’s eponymous character, who reluctantly agrees to aid them in their flight.

Eventually the band encounters the Vuvalini, a tribe of warrior women that Furiosa belonged to before being abducted by Immortan Joe’s forces as a child. The Vuvalini tell Furiosa, Max, and the rest that the “promised land” they were seeking is no more, so they join forces with the Vuvalini in a desperate attempt to capture Immortan Joe’s stronghold, the Citadel, out from under him. They succeed, but most of the Vuvalini pay for the victory with their lives. Furiosa nearly dies as well, but is saved by an emergency blood transfusion from Max.

At the end of the film, Furiosa, the wives, and the remaining Vuvalini are hailed as liberators by the oppressed people of the Citadel, but Max fades away into the crowd.

Fury Road contains a strong theme of feminism overcoming patriarchy. The film’s main antagonist, Immortan Joe, operates a highly warlike society based on aggression and dominance. He refers to the wives several times in the film as property, and it is made clear that he values them only as breeding stock; his greatest wish is for a “perfect” son to carry on his legacy. The hero faction, by contrast, is primarily female, and is characterized by cooperation in pursuit of a shared goal rather than obedience to an authority figure.

One might ask themselves while watching Mad Max: Fury Road whether the eponymous character is, in fact, the protagonist. While Max is a skilled fighter and a valuable asset to Furiosa and the wives, Furiosa is the main driving force behind the plot; Max is mostly just “along for the ride,” so to speak.

In Mad Max: Fury Road, George Miller subverts viewer expectations of an action movie. Many films in this genre are male empowerment fantasies, but Miller takes the familiar tropes and cinematography of action movies and instead uses them to tell a story of feminism overcoming patriarchy.

What makes this particularly effective is Miller’s use of the Mad Max intellectual property and the character of Max Rockatansky himself. Using these, Miller draws the attention of audiences with the return of a highly masculine action hero from the seventies and eighties—the heyday of the male-empowerment action film, with examples such as Terminator, Predator, and Rambo. While Miller delivers on the implicit promises such a move makes to the audience, he does so in an unexpected way that places Furiosa, rather than Max, at the center of the narrative, and actively criticizes the patriarchal culture that gave rise to the trope of the hypermasculine action hero.

While some might disagree, I see Miller’s subversive approach to a controversial topic as a good way to introduce potentially inflammatory issues into the cultural consciousness. I see some parallels between Fury Road’s treatment of feminism and Black Panther’s treatment of racial discrimination. Both movies tackled serious issues, and both found success at the box office, but I doubt either would have been nearly as commercially successful had they not had their respective franchises backing them up. Hopefully in the future films and other media can approach serious issues like these “in the open,” so to speak, but the practice of approaching challenging topics by couching them in familiar terms will likely always have a place in culture.

While Fury Road’s tactic of approaching a challenging topic by couching it in familiar terms is an effective way to inject such idea into the cultural consciousness, as media scholars we need not limit ourselves to narratives that cater to us in this way. We should actively seek out films, TV shows, and other narrative experiences that differ from our own. The insights we gain from doing so will help us to better communicate with and appreciate the perspectives of those from different backgrounds.

← The Paths We All Walk: Journey and the Power of Universal Narrative
Prevent Cancer Foundation: Super Colon Exhibit →
Skip to toolbar