1.What I think will change about my photographs after looking at the photo essays is that I might try to tell a story with some assignments. Usually when I take a picture I think that just the one subject is cool and than move on to the next thing without making any connecting dots.

2.My favorite photo essay is Dalai Lama has been the face of Buddhism for 60 years because the pictures gave me a feeling as for how Buddhism works. I also enjoyed how you got a since of community and peacefulness. Those are 2 things that I value. 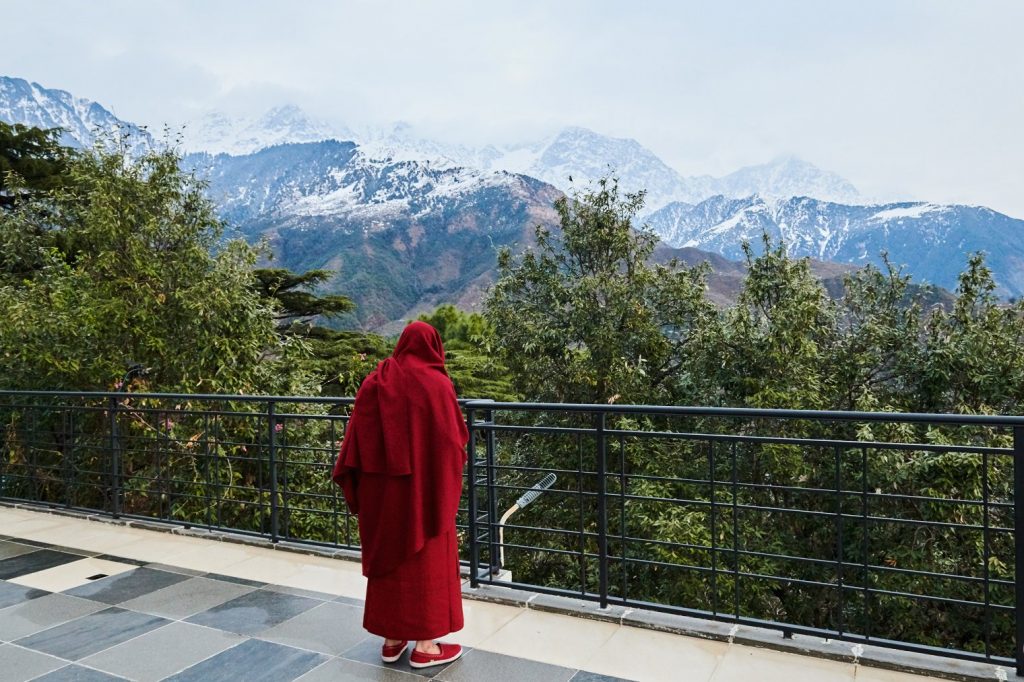 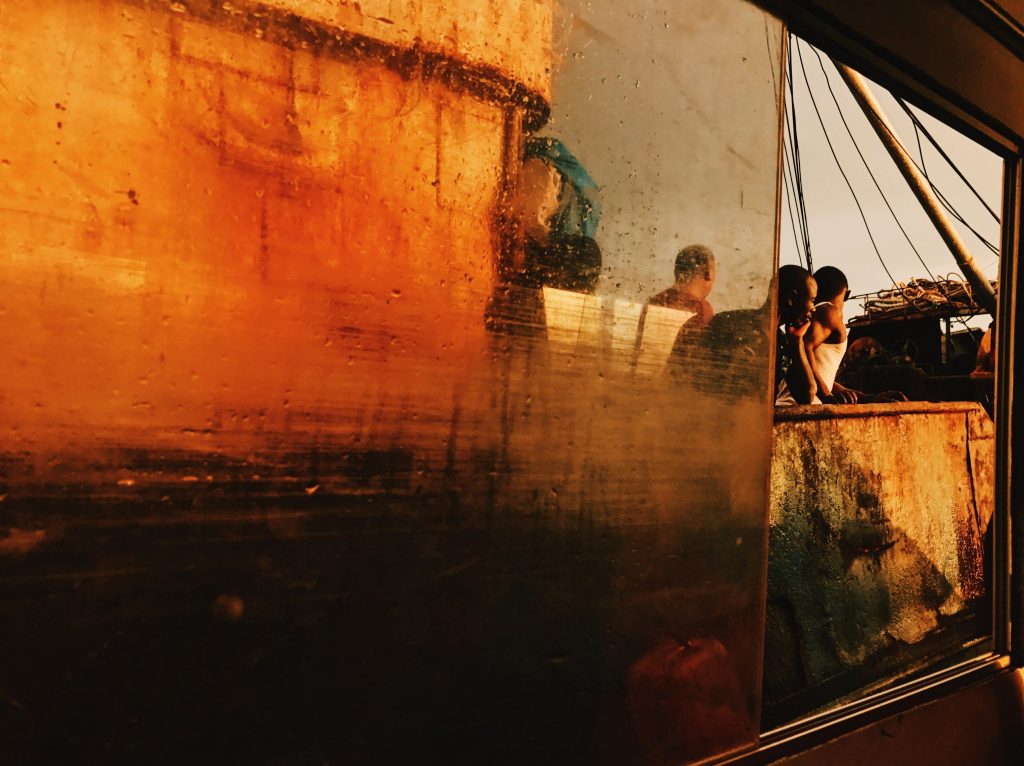 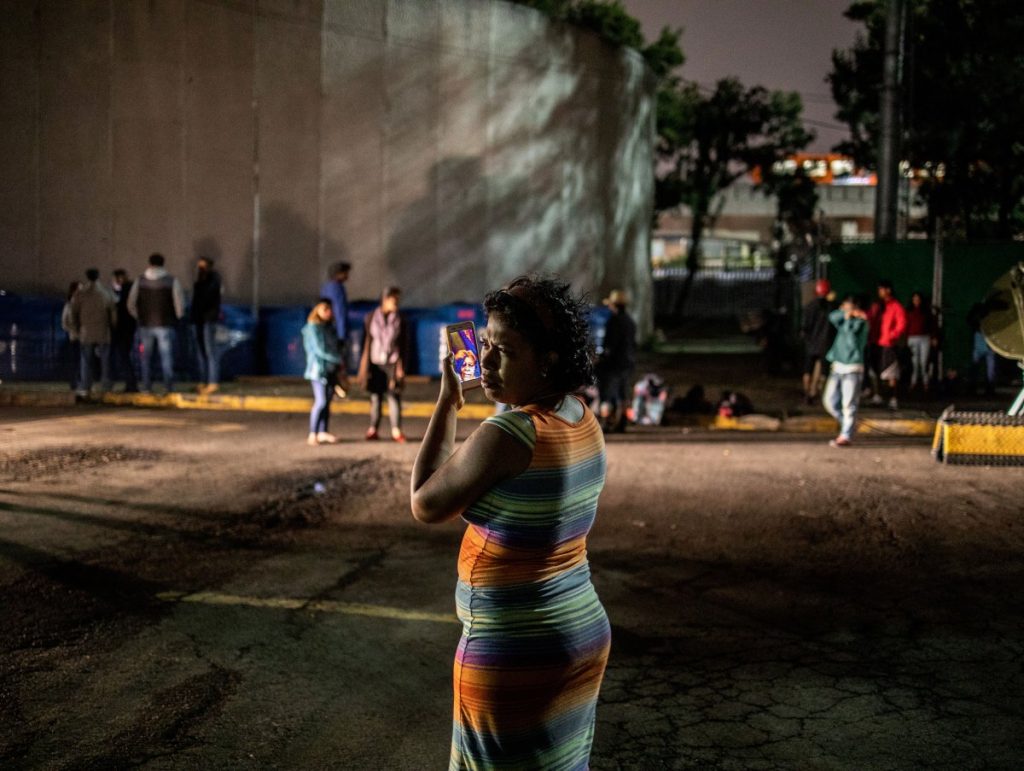 For photo 1 The person looks like they are completely miserable. Thats what happens when you are locked indoors for to long and don’t get some natural light shinning on your skin.

Photo 2-Enjoy the peacefulness and nature that surrounds Dalai Lama. Makes me wish the Catholics would prey in the mountains.

3-I think this is of some type of boat. No matter, I really like the texture captured in the glass. So dirty, yet also appearing rustic when I know it’s glass.

4-Mom was captured in the moment. She looks so down that you can’t help but feel sorry for her, even if she is on the road to committing a felony. That being crossing the US boarder illegally and then taking root.

1-The first made me feel like I strongly dislike the isolated society we live in now. She is not sick due to being well isolated but yet appears dead. Maybe even zombie like. The place where she’s standing looks like it could be a coffin.

2-I felt a since of peace seeing Dalai Lama standing innocently alone looking at the beautiful nature presented in front of him.

3-This photo made me somewhat more grateful for what I have. The picuture demonstrates poverty and I’m lucky to not be in that state. Hope it stays that way.

4-Made me feel empathy. I could only imagine what the mother could be feeling. Choosing to live with gangs or becoming a felon. Kind of bad either way. Basically deciding to suffer or be greedy/selfish, doing what’s best for her own self interests.

1 I would say eye level from a distance or slightly crouching. Light is coming from behind and above the woman in an isolated spot. Framing makes it appear like there is not much to do. Isolated. Symbolic element would be the misery on her face. Setting is very dark.

2 Photographer has the high ground. Light is from the sun. I would say that a symbolic element is that the man is alone. Setting shows peace and understanding with the natural world.

3 Photographer might be crouching. Has light from sun symbolic emolument would be the dirty rusty environment that they people are shown living in. That same dire environment is also a setting.

4 I would say eye level if the mom is short. Light comes from street light. Framing makes it appear that the mother is alone in a big world. Setting is a dark street. A symbolic element may be the phone. Light is emulating from it with someone she knows on it. Basically if she looks into the light her problems would go away.

From the gallery what I took form it that should could improve my pictures is background, lighting, and being close. 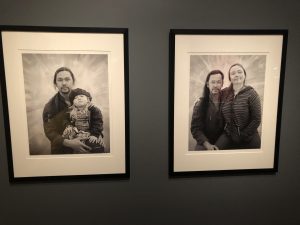 What I like most about this photo or photos was that is showed the evolution of this father and daughter over form one time to a time many decades later yet still has the same background. The photo has the brown ups legs and bellow cut out so it only displays the top half and leaves a little wiggle room above the head. The photo is only in black and white. The people where dark clothes while the background is different shades of lite grey. It displays a sense of movement because I can imagine me standing or sitting with my parents posing for a picture and makes me feel emotional because I think of how fast time goes, but yet how some bonds still last. 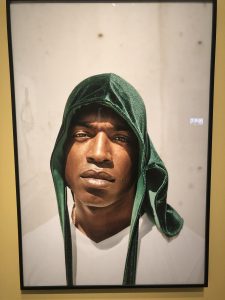 This photo made me wonder what the young man was doing or did. He wears a green cloth that I don’t see in fashion and has a very particular look on his face. The man takes up two thirds of the photo and one third of a white wall maybe takes up the other section. Has very bright lighting  and had color although not any bright or vibrant. Person feels very real and it makes me want to know more about the individual. 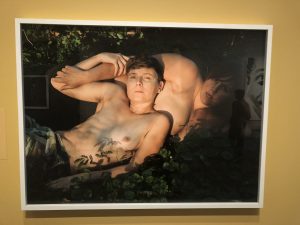 Despite I bet it being staged, there is a sense of mystery because the photographer had a very dark and mysterious background as well as with people in a state you won’t see normally in city life. The guy takes up a two thirds of the photo but humans take up more than two thirds with the woman. There is color and the guy is easily visible but the woman’s head is hard to see because it enters the darkness. It shows movement as the two people appear they are trying to get comfortable. This photo connected to me because it reminded me of my faith with these people not wearing hardly anything in leaves like Adam and Eve in the garden. 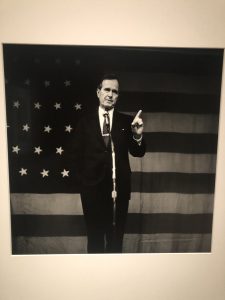 I like how they got a photo so close of just Bush with an American flag. That must have been hard but maybe the security was’t as crazy back then. Bush is standing in the middle but is bending as he is not standing straight. Black and white but the top of the picture is very black. I could imagine that flag whipping in the wind behind the president. This picture connects with me emotionally because I love this country and its very patriotic. 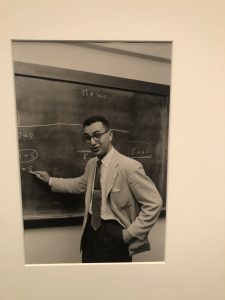 It reminds me of being in a classroom because he went up close to the board and teacher. The teacher takes about two thirds of the picture. This is old so no color sense that was not a option and it gives is a very classic feel. I can imagine the teacher moving and teaching around the front. Maybe will make me feel emotional once I finish school and won’t be in an environment like this anymore. 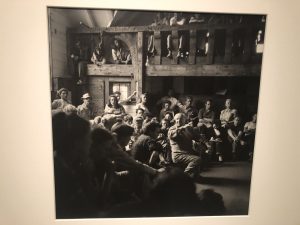 I liked how the photographer took a picture in the middle of  a crowded indoor environment of people capturing there claps and enjoyment. The composition makes it so that you can’t see what all the people are looking at and applauding. Photo is black and white because that’s all that was available at the time. I could imagine the people clapping and the arms and hands have much movement. It makes me curious as to what they are looking at.