1 How will viewing these exhibits effect the way you take photographs in the future?

Viewing the exhibits effected the way I would take photos by seeing how the person in the photo is well viewed and using the right angels as well as the light source even in a panting made me really understand the way I can take a photo with both showing the person clearly and knowing the right angle for a good picture.

2 Which are your favorite photographs from “Brovo” and from “Championships” pick at least one photo from each exhibit.

My favorite photograph in the championship was Dashiell hammett photo oil on canvas and I really liked this photo because it was so realistic the way he is holding the cigarettes and his body movement, the tone of the light and the shadow of the light in the back using three different colors the light, medium and dark gray to show the light source coming from which direction.

My favorite photograph in the bravo section was portrait of mnonja by mickalene Thomas and it’s made out of rhinestones, acrylic, and enamel on wood panel and I choose this one because it got my attention since he used stones that were sparkling from very far away and the beautiful colors that showed her best featured like the sparkle shoes, the eyes and parts of the background which I thought was very balanced and well done

Also I have one more photo from the brovo section that I really liked and it was diary by roger shimomura and this photo really got my attention because it was cartoon like and very detailed, clean and very simple but unique. Also in the photo I saw a light source and shadows which made me really want to think about its message

3 Explain why you chose each of the photographs:

I choose the second photo because It was beautiful and glowing from far away and when I got very close to it and saw the detail I was really amazed.

I choose the third one because I liked how cartoon and animated it was, each time I got close to it I realized more and more detailed that I thought was very amazing on how clean the picture was.

4 For each of the three photos explain how they made you feel about the person in the photograph i.e. their mood, personality, unique characteristic etc.?

Dashiell hammett photo oil on canvas made me feel like the artist has a steady hand very well painted and clean, the mood of the person in the photo he looked relaxed and just having a cigarette, for personality I would give him mysterious just because the way he was looking and the way he stood gave me that view and the most characteristic in the photo that go my attention was the cigarettes.

Diary by roger shimomura made feel like I was watching a cartoon show or animated because it looked like that. The mood I got from the photo that the person is thinking in a dark evening and the characters of her would be she’s sitting in a room at night with lights on and a shadow next to her which got my attention

5 For each of your three favorite photographs describe: 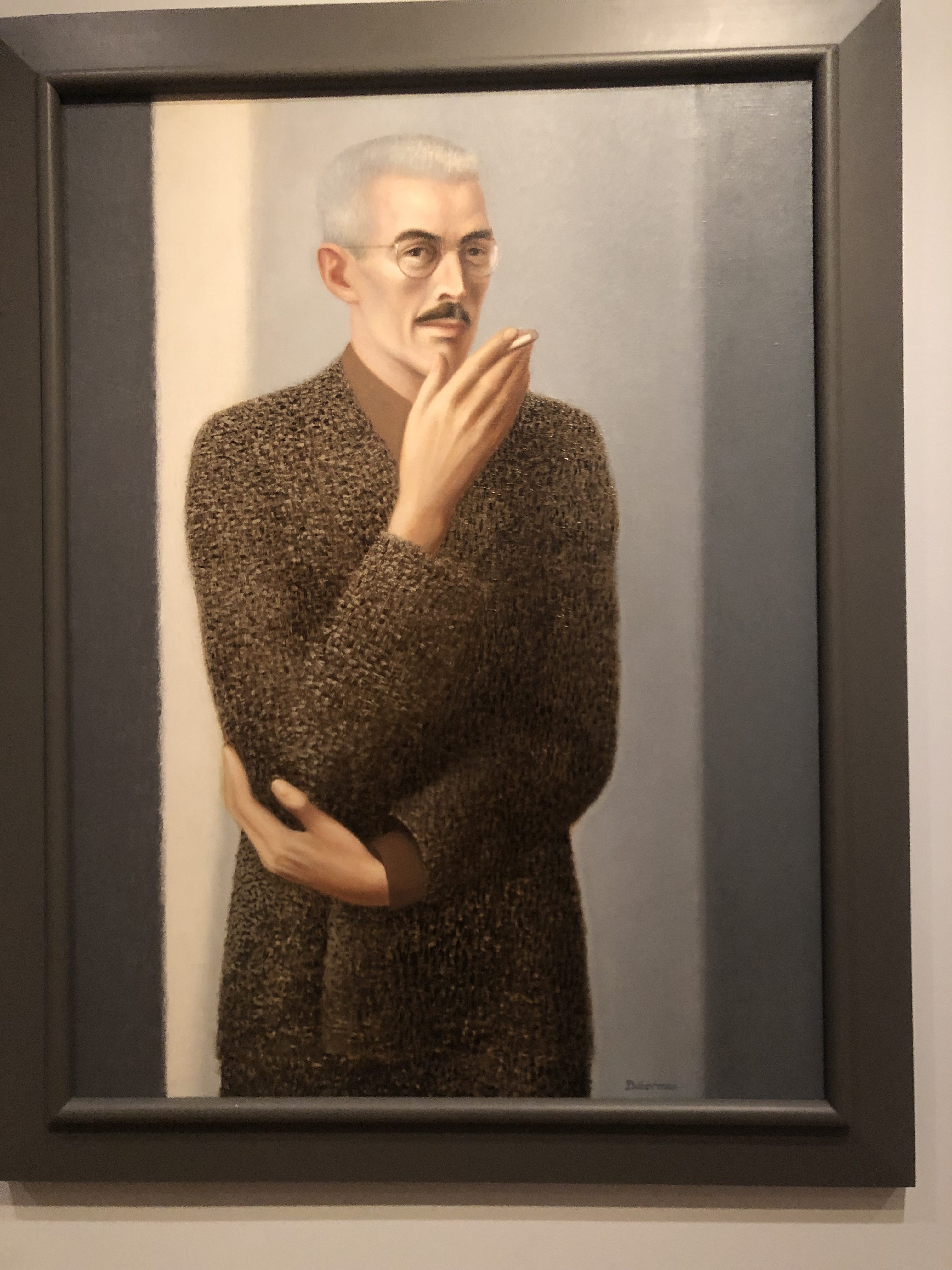 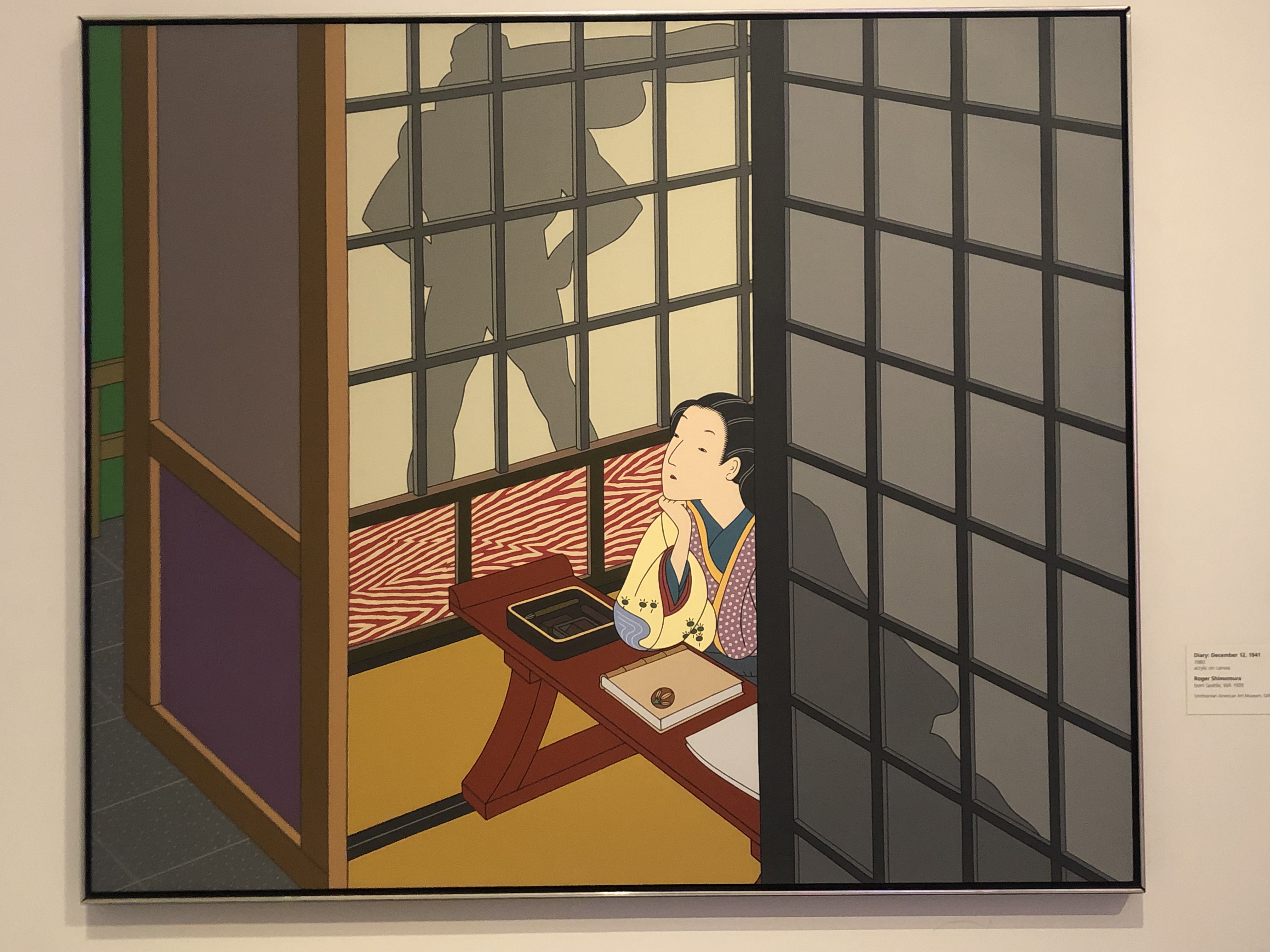 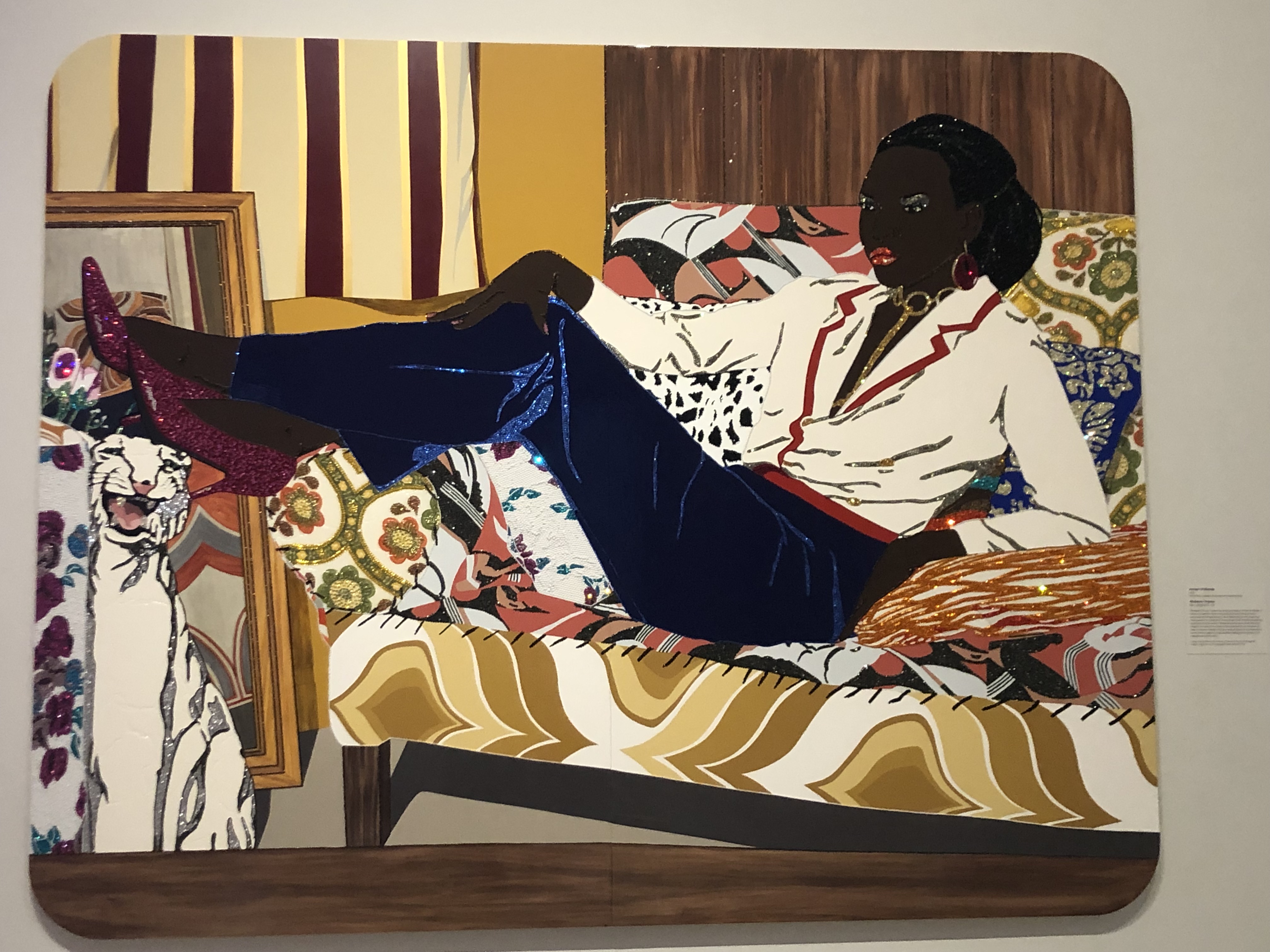 Portrait of mnonja by mickalene Thomas