How will viewing each of these two exhibitions effect the way you take photographs in the future?

I think by viewing these exhibits the way I look at photography will be much different because it will give me more of an understand about how rule of thirds really matters in pictures , the lighting , the moments that the pictures were captures and the time it takes to get that perfect shot.

Desaparecidos en el Río Bravo is a composite image that merges one of Ruth Buentello’s (the photographer) family photographs with a press image of a family that was detained while crossing the U.S.-Mexico border. Four children and a young woman carrying a toddler surround a matriarchal figure, who holds an infant. Although the subjects’ faces are not fully defined, their weariness is palpable. A botanic pattern of cacti interrupts the brown expanse of the roughly rendered desert-like setting while water ominously rises to the knees of the figures in the foreground.

The face of an older man emerges from the darkness. He meets our gaze directly before our eyes wander across the rest of his face, which is rendered in crisp focus. His frown, the hair falling sideways over his forehead, his white beard, and his tight lips offer themselves as a record of this individual’s existence.

Because the photographer use a single light with black&white shot, it shows the resulting images are full of contrast and rich in texture and details. The face of the picture has a lot of meaning such the wrinkles, spots, and lines of expression emphasize each sitter’s unique life experiences.

It is close-up to Baldwin’s face  shot. The picture shows only 2 colors but it seems working. It shows the details of his face along with the shadow. Baldwin was happy in this picture shot, and it made feel happy as well.

Exhibit B: “in mid-sentence” 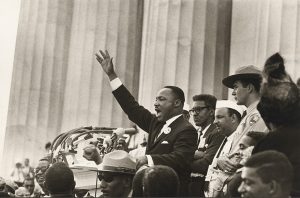 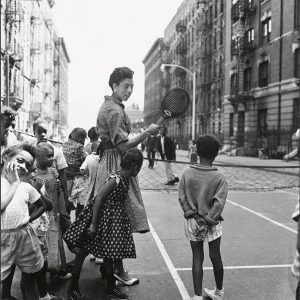 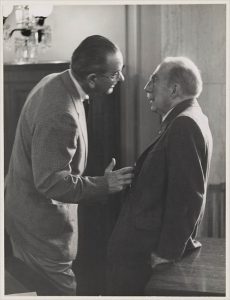