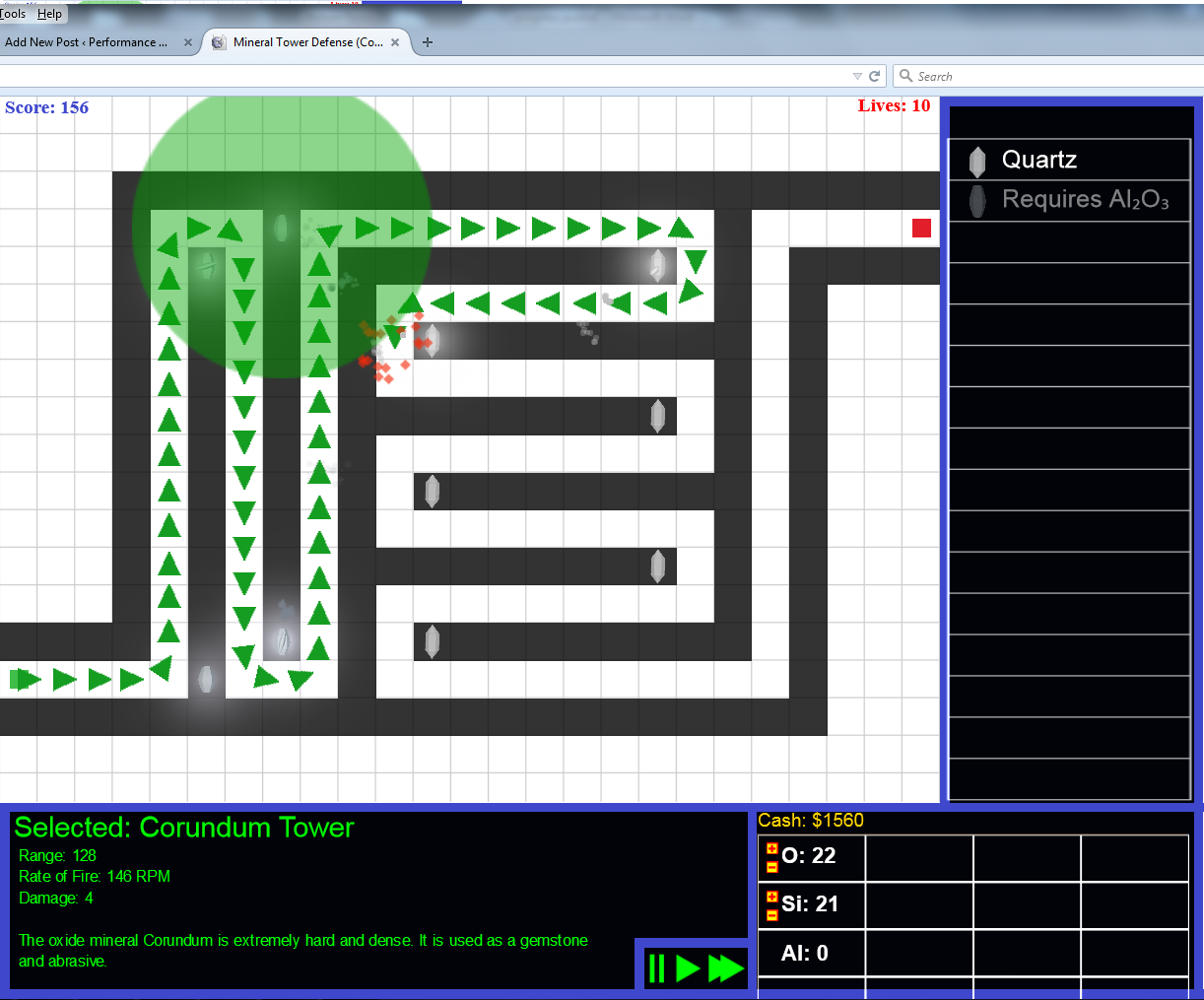 I have begun adding additional features, such as: play/pause/double speed buttons a lives counter a system for selecting and deselecting placed turrets a window that provides information about selected entities a second mineral, corundum 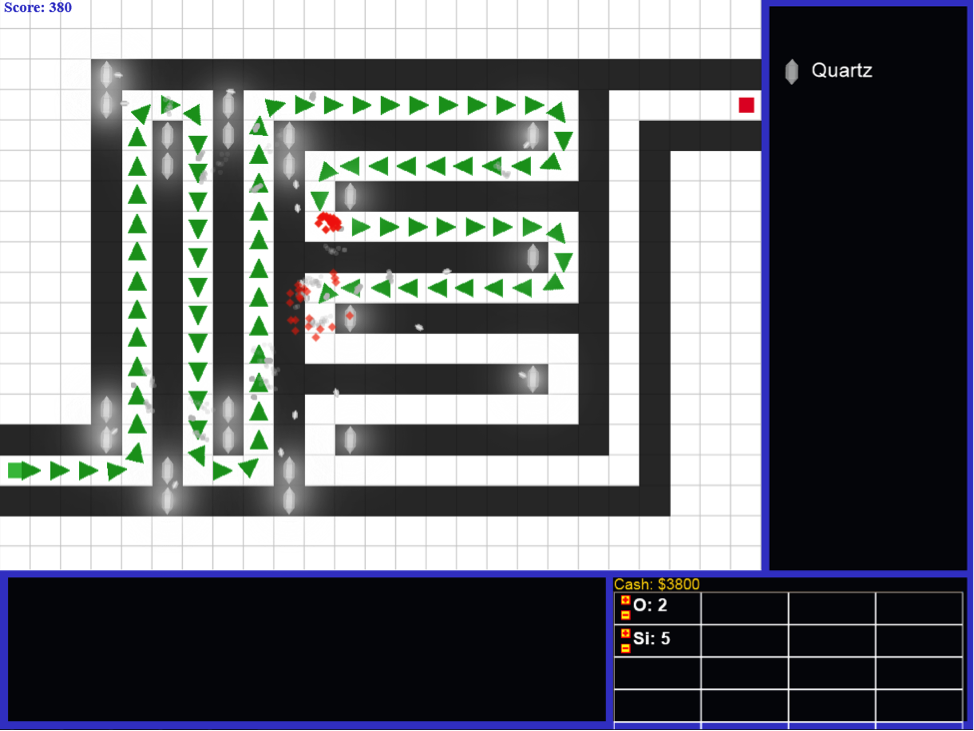 I have begun laying out the game and programming in some of the important functionalities, including some error-prevention workarounds. The first mineral is integrated and functional as a defense turret. Resource and score tracking systems are integrated and… Read More

Section 1: Main game screen This is where the game actually takes place. Foes travel along this path from the edge of the level to the building. The player must strategically place the elements they create along the… Read More

The game building tool I have chosen to use is Construct 2, used to make simple 2D HTML games. The final version will be exported as a web site. The educational purpose of this game is to teach… Read More

I have not worked on a project like this before, so these are mostly guesses. Ideally, the indicated work should be completed by the indicated dates, but some stages may drag on longer than others. I will update… Read More

Goal: Create video game of the tower defense genre. Tower defense games are strategy games in which the player sets up automatic defense turrets to defend a point from incoming waves of foes.   In this game, the… Read More