After a two-day delay due to weather and engine troubles, we were able to get underway yesterday afternoon, and arrived at our first dive site late this morning. Despite a later dive start, the various operational teams were able to organize quickly to allow us to stay on bottom later than usual, ensuring that we maximize our exploration time. 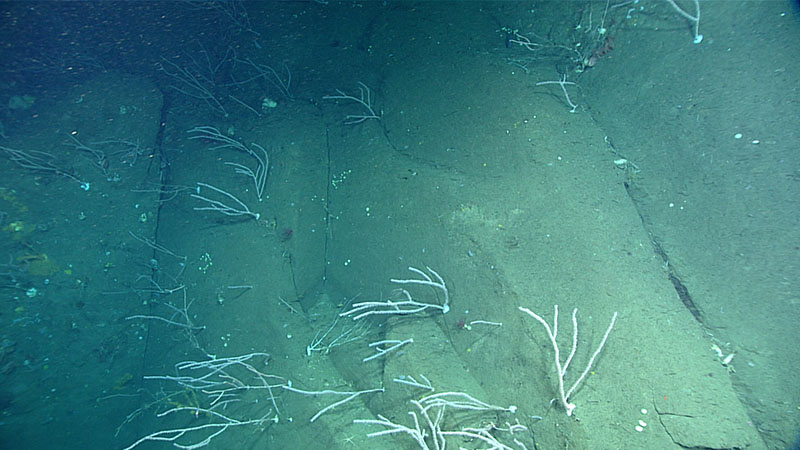 This first dive took place at the highly anticipated site of the Gully Marine Protected Area (MPA), which protects the largest submarine canyon in the Western North Atlantic. Specifically, we surveyed the eastern flank of the canyon. Previous studies in the Gully MPA have documented a wide diversity of habitats and species; however, many deepwater areas, particularly of this eastern flank, remained completely unexplored. The purpose of this dive was to survey the previously unexplored eastern flank of the canyon, as well as to document potentially undescribed species, particularly sponges. Furthermore, during this dive, the team sought to survey water column communities during both the descent and ascent phases of the dive in order to make connections between species living in the water column and on the seafloor