Justin Kenny is a successful journalist who gained his roots at Marymount University. While one might believe that someone as outstanding as Mr. Kenny had rarely faced any set backs, the opposite is actually true. On October 19th, Mr. Kenny reiterated a dilemma he encountered as a young journalist to an auditorium full of prospective journalist students as well as his old mentors. In his story, he talked about working incredibly hard to gain back stage passes to a basketball game with hopes of asking one of the players about the game, only to be shot down when he discovered the player did not speak English. Discouraged, Justin returned to his University without any of his questions answered. However, instead of giving up on his dreams, he made a goal to work even harder in life to achieve what he desired.

After leaving the assembly, I was left feeling very encouraged. As I plan on entering the competitive field of medicine, the information passed down to me by Justin Kenny is very helpful. Mr. Kenny helped me to learn that a key element in success is determination. While sometimes in life you will not be met with success, if you keep striving to achieve your dreams, your end goal will eventually be met.

Thanks to Justin Kenney’s talk, I feel more prepared to face the challenges laid ahead of me in life. 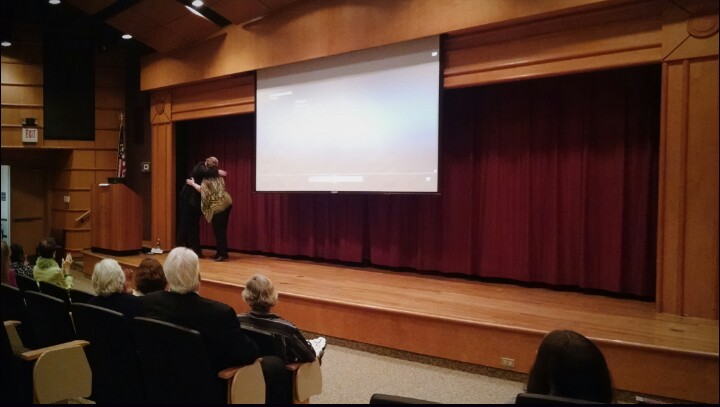