I was lucky enough to get to go home for fall break and so for my service adventure, I went out into a little town close to my house called Lansdale, PA where my aunt lives and collected trash with my cousin and my sister. These two just happened to be the best people to recruit for this job because I didn’t even have to stage funny pictures, they are both just naturally goofballs and all I had to do was catch them in action. It was a great way to help our community, to spend some time with my family, and have fun, all while getting an assignment done! 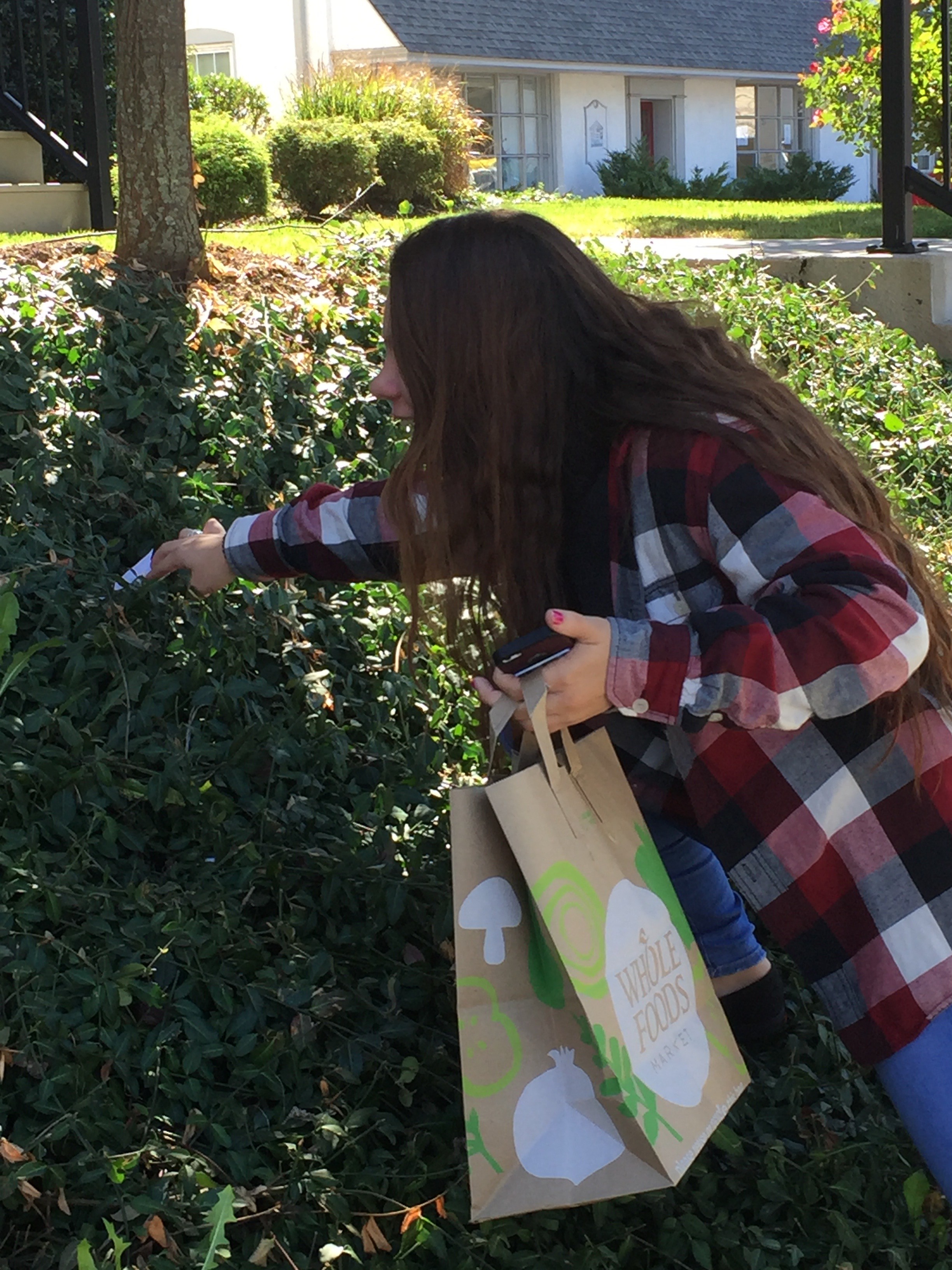 Picking up trash and getting some exercise while doing it! I had to lunge onto the incline to get the piece of trash I spotted among the bushes. 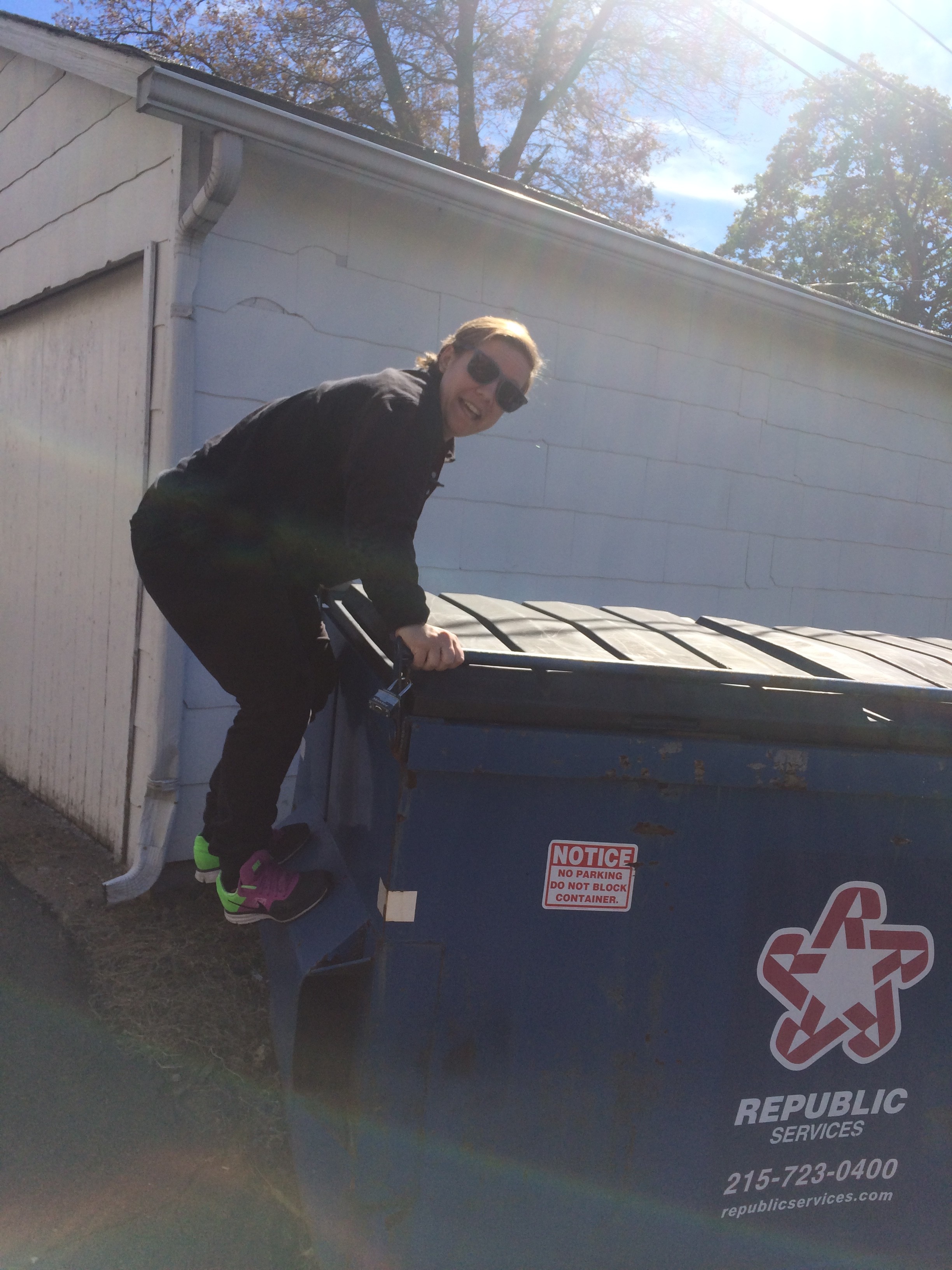 “hey ! I’m gonna climb on that dumpster, It’ll make for a good trash picture!” – my 25 year old sister who only made it as far onto the dumpster as pictured before being scolded by our mother. 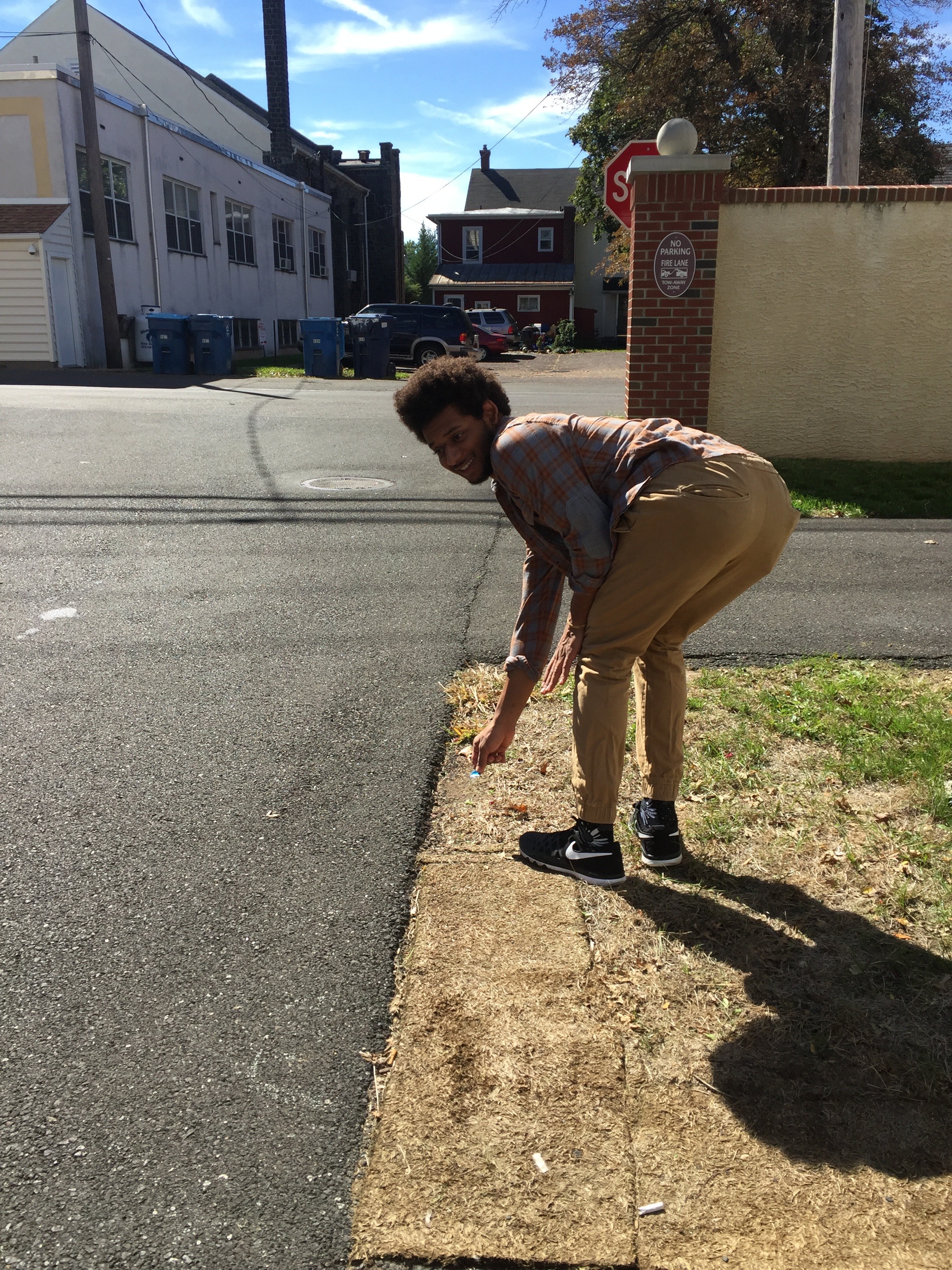 My cousin, who was gracious enough to help me with this project even though I told him he was the trash I wanted to pick up, spent most of the day picking out his best “trash picking outfit” so that he would look his best when bending down to pick up pieces of trash. 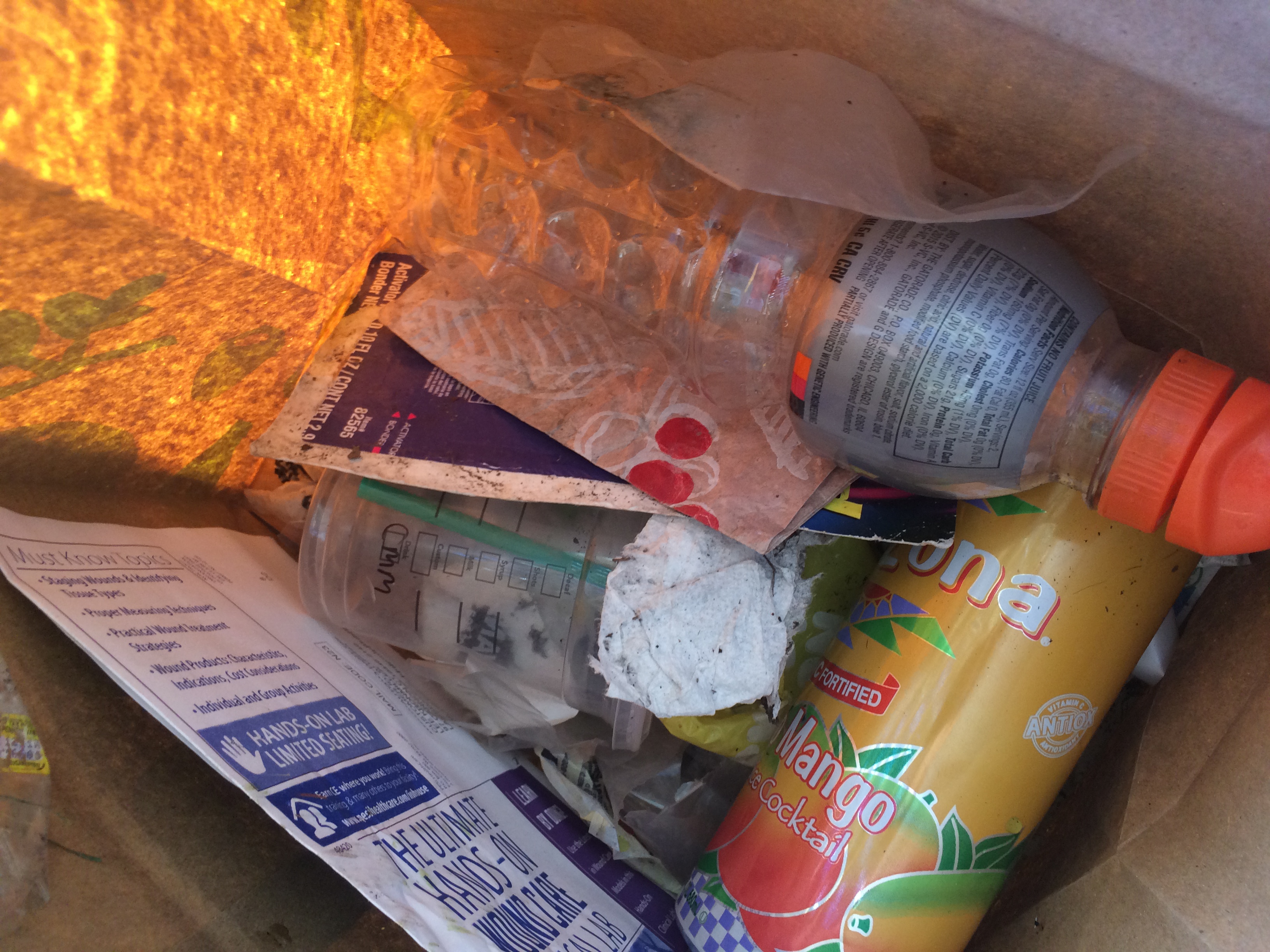 We filled much of this paper bag with trash and were surprised at how much trash we found around the neighborhood and how easy it was to quickly pick up. The bag we reused was from whole foods, which seems like a minor detail, except my mom seemed to be very concerned about it since we all work at Wegmans and should be advertising for them instead. 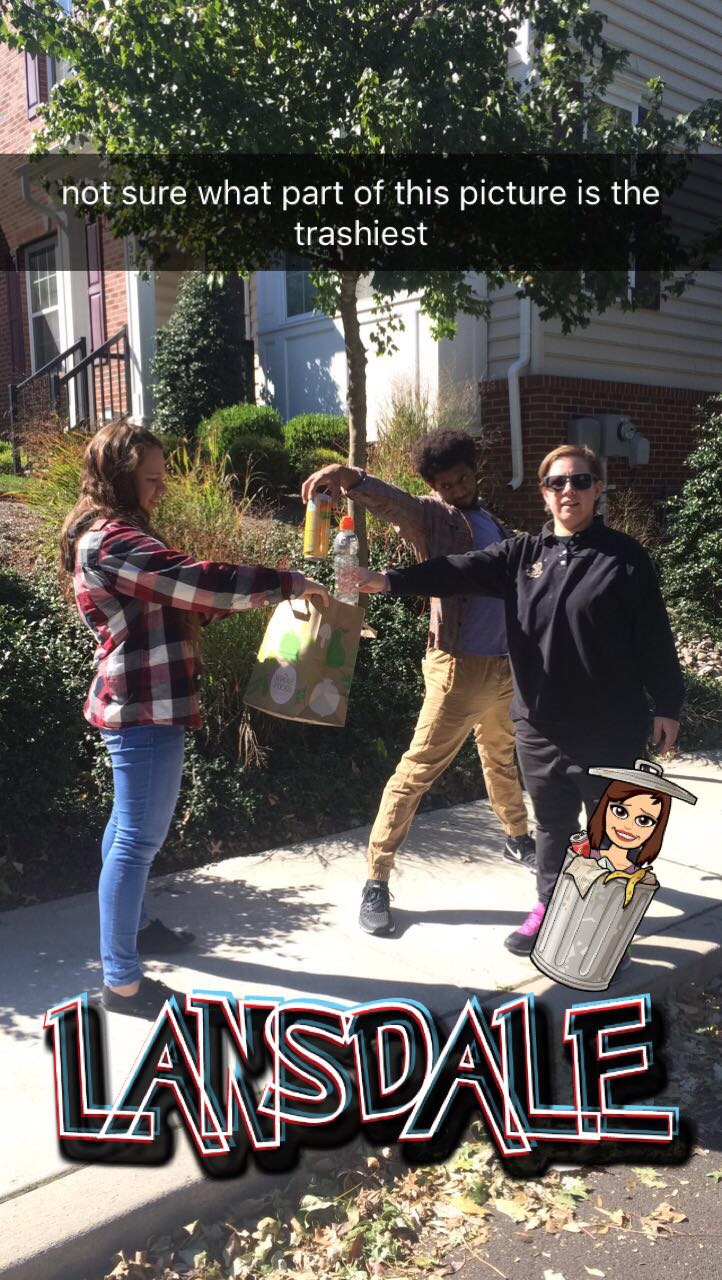 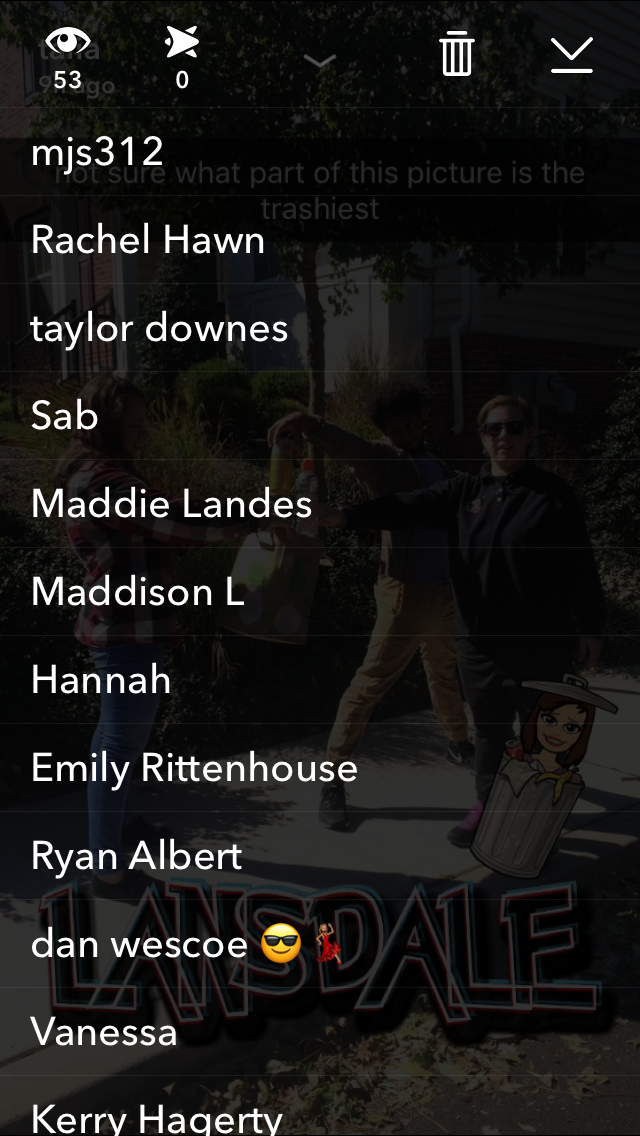 Here is a screenshot of what I posted to snapchat and the views it got as of tonight. I choose to post this picture on snapchat because it was the quickest way to show all my friends what I was up to and hopefully inspire them to do the same. I was also able to make it fun with the Lansdale filter and trash bitmoji. I chose to make a joke in the caption to show the fun you can have while picking up trash. In our research, we learned how millennials like things that are funny and relatable which is what I was getting at in my post. I even inspired my sister to post a couple snaps (pictured below) to her story, hopefully inspiring even more people that follow her. 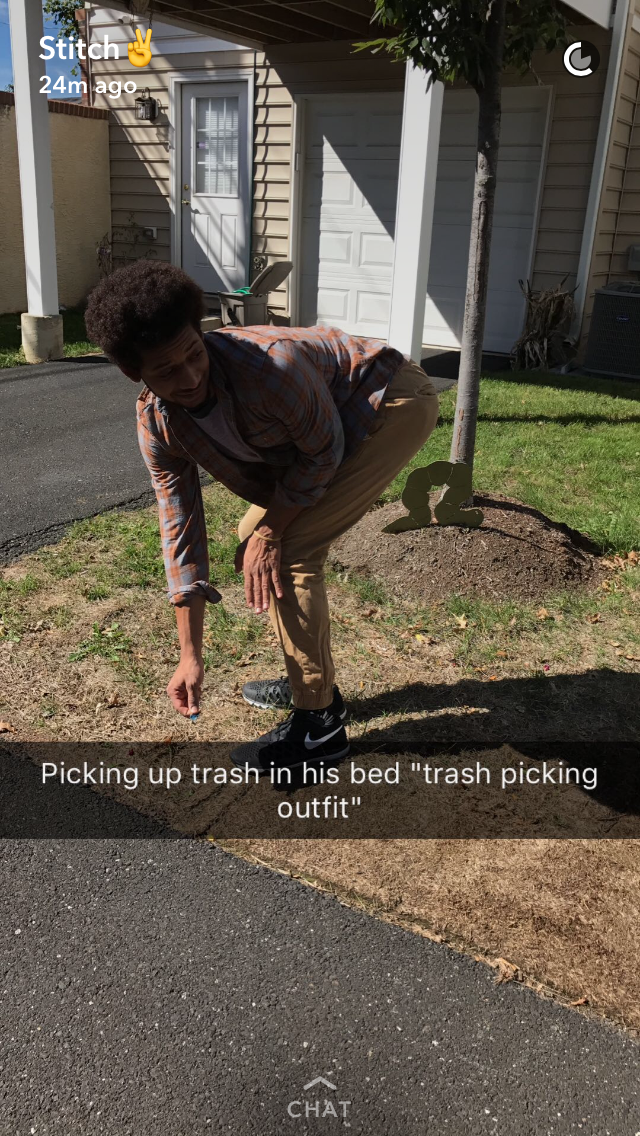 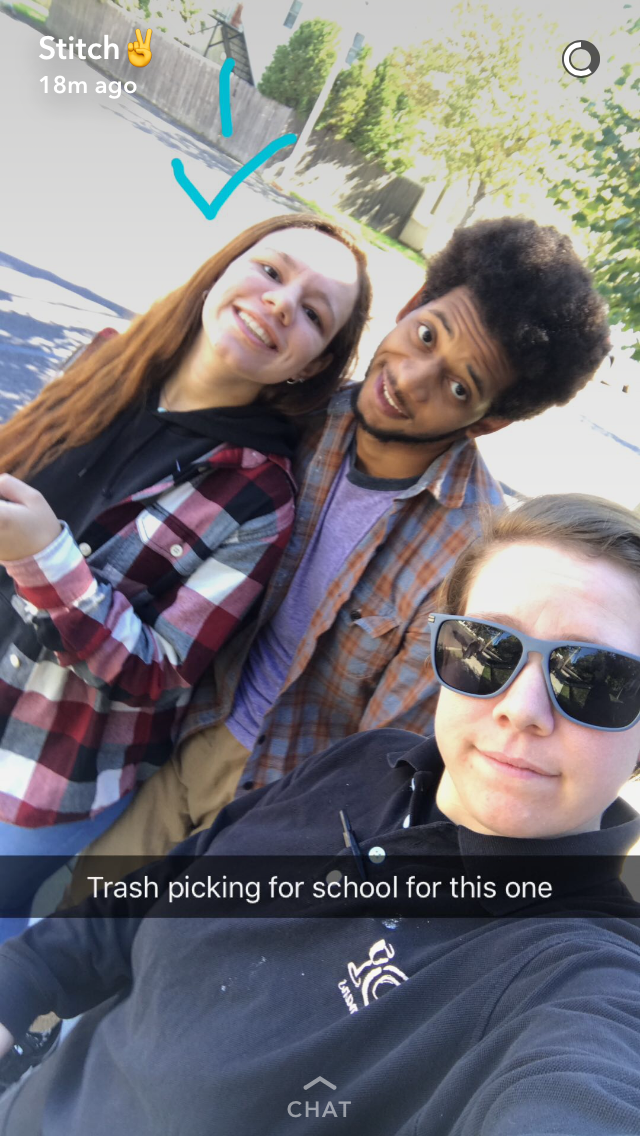