Britain and The Atlantic Slave Trade 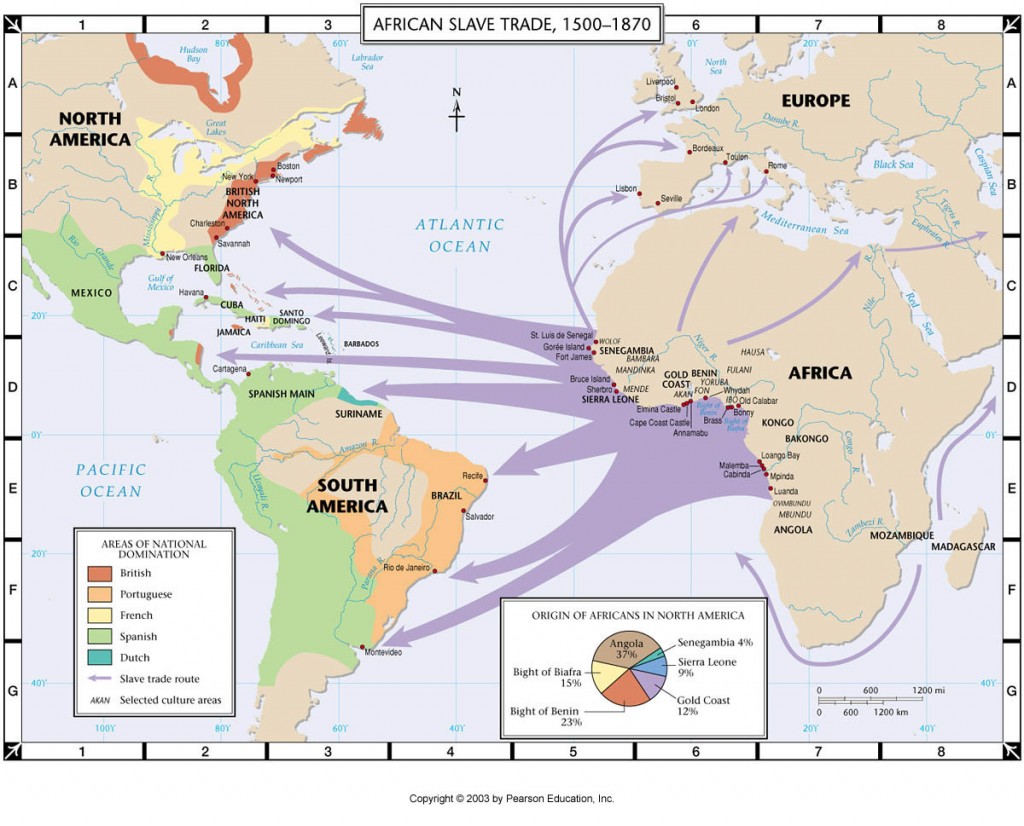 Through her various poems, Phillis Wheatley is a strong spokesperson for the slavery abolition. Her poem “On Being Brought from Africa to America” is a shining example of her bold voice. The subject of Wheatley’s poem is clear from its title, she is voicing her opinion on being of the many slaves taken from Africa and shipped across the Atlantic Ocean.  She is commenting on Britain’s ultimate economic resource in the 18th and 19th century. The Alantic slave trade was an “enforced movement of more than eleven million Africans onto the Atlantic slave ships [which] scatter[ed] over ten million survivors across the colonies of the Americans between the late sixteenth and early nineteenth centuries” (Walvin 48).  Britain did not start this trading community, however by the mid-18th century they dominated it and it was a huge source for their status and power. The question that reminds though, is exactly why and how did this movement begin and last so long in Britain? The answer is very simple, economic benefits.

European slave ships not only carried Africans across the ocean, but also many other goods for trading.  When the ships set off to collect the slaves from the African coast they also carried, “firearms from Birmingham, French wines, Indian textiles, cowrie shells from the Maldives [and] foods from Ireland” (48). These goods were all transported to the African coast, which produced a solid income that was convenient for traders. Roughly 26,000 of the voyages were documented. The slaves were being shipped in multiple locations, one being the British slave colonies in the Caribbean. Due to the profitable production of sugar in these regions, “the British found the commercial opportunities afforded by slavery irresistible.” (50).  However, it was not all “smooth sailing” when it came to the topic of slavery in Britain.

There was dissonance amongst Europeans when it came to the legal and political aspects of slavery.  At the same time as a country they were looking for equality, they were perfecting inequality it in British slave colonies.  In the midst of the expansion of slavery, “British ships carried three million Africans between 1680 and 1807- [which] spawned a confusion of justifications, many of which came to hinge on ideas of race” (50).  This lead to a constant debate of color and race; a debate which did not carry over to the colonies. To the colonists, to be black was to be enslaved. The freedom of black individuals was often overlooked for economic reasons.  This is partly the reason the movement of slave trading traveled to the Atlantic and over to America. Phillis Wheatley was one of the Africans taken from her home to American to be enslaved. She amongst many other individuals had their freedom completely overlooked for the fact that it was a good source of money and power.

More on Britain and Slavery