The Spokesperson of Her Community

This poem is one of the many examples of how Wheatley incorporated her opinion into her writing and became a spokesperson for the African American community. “On Being Brought from Africa to America” displays her writing style and attention to word choice, both which contribute to the deliverance of her message.  She uses her poem as a canvas to paint a picture for her audience, one that is concerned with the treatment of her race, slavery, as well as her discovery of religion.  Her attention to detail and word selection creates an intent and tone that delivers her concerns and thoughts in an eloquent poem.

The first three lines of the poem function as an opener of her discussion.  The first line states her journey to America, “Twas mercy brought me from my pagan land” (1).  The use of the word “me” infers that the speaker is expressing their own experience, it also suggests (not definitely) that the speaker is the poet, Wheatley herself.  The line also exhibits her use of word choice to convey meaning. She doesn’t use a word that would imply willingness to describe her travel, instead she uses “brought” indicating a sense of force and unwillingness. The word “mercy” is also worth noting in this line as it implies that she is grateful of her enslavement. It becomes more clear later in the poem that she is thankful because of her discovery of Christianity, making her choice of the word “mercy” even more important due to its religious connotations.  Her exquisite word choice continues in the second line of the poem, “Taught my benighted soul to understand” (2). The key word to notice is “benighted”. Due to its multiple meanings it plays a crucial part in her message.  Benighted means to be morally ignorant, but it also means darkness.  Wheatley is using this word to make a versatile statement about her race’s skin color. Those of darker skin tone, including the speaker herself, are considered to be incompetent in the mind of others; which is why she refers to her soul as “benighted”.  Wheatley closes her opening thoughts with the third line, which also serves another important purpose.

The line, “That there’s a God, that there’s a savior too” concludes an alliteration pattern that is incorporated in the first three lines of the poem (3). The first word in each of these lines begins with the letter “T”, creating the alliteration that bides them by association. In addition to the repeated letter, there is a shift in tense that is carried out in the three lines. The first line is in past tense, while the next two are in present tense. This shift is a literal representation of the speaker’s journey.  Only further establishing Wheatley’s attention to detail.  It also starts to elaborate on the speaker’s connection between slavery and religion, which continues in the lines that follow.

The speaker states her discovery of the Christian faith, which is directly due to her enslavement. As inhumane and immoral slavery is, the speaker has managed to find a positive outcome of her situation.  In the fourth line she declares she has found something she never even knew she was missing, the God and Savior she mentions in the previous line.  In this line she once again uses meticulous word choice to convey her message.  The use of the word “redemption” indicates being rescued, particularly a spiritual saving.  This is where Wheatley really establishes how the speaker found a positive aspect of being enslaved, spiritual clarity. She uses the next four lines to conclude her poem by elaborating on this clarity, as well as declaring a message to her audience.

The speaker once again points out how others perceive her race, however this time more directly. She stated, “Some view our sable race with scornful eye./ ‘Their color is a diabolic dye’”(5-6).  The first noticeable observation in these lines is once again the words Wheatley is using. Instead of simply calling her race black, the speaker uses the word “sable”. While it is just another world that means the color black, it is important because it creates alliteration with the world scornful. This alliteration draws extra attention on this line, emphasizing the unequal perception people have of slaves. She also incorporates a powerful play on words with “diabolic dye” (6).  The word diabolic means evil or unpleasant which also contributes to the way in which salves as perceived. The word dye is really interesting in this line.  It is used to describe their skin color, which infers that their black skin is unnatural. This once again establishes those who are not white as unequal. Wheatley goes on to connect these thoughts on her race with her discovery of Christianity in the last two lines of her poem.

The last two lines of the poem is where the speaker’s tone really comes through, due to the declarative nature of the words.  She is directly talking to her audience for the first time, “Remember, Christians, Negroes, black as Cain,/ May be refined, and join the angelic train”(7-8).  She is not only talking to the audience, but is using a rather demanding tone. She is directly calling out to her audience and telling them to do something, they must “remember” (7).  They must recognize the point she is making, which is that the doors of Christianity are open to everyone. Although society may not view slaves are worthy of salvation, God does.  Their savior will not judge the color of their skin and will let them, “join the angelic train” (8).  These last few lines brings Wheatley’s message full circle. Although she is a slave that was taken against her will from Africa, she has found God.  While others may view them as lesser individuals, Wheatley wants to make sure slaves and any other colored individual know that God is there for them.  She pays attention to her word choice, which establishing the meaning and importance of her message. Most definitely displaying why she became a spokesperson for her race. 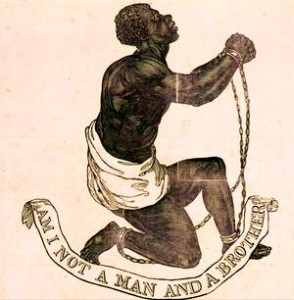