The movie the Prince of Egypt is about the story of Exodus or better known as the story of Moses leading the Jews out of Egypt. In the movie Moses struggles with being a Prince when he begins to see how poorly “his people” are being treated. 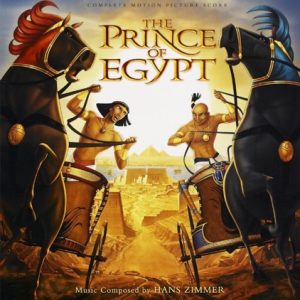 Moses has always caused trouble for the Pharaoh but this I believe is simply for comedic relief in a movie that can sometimes become extremely serious. After growing up and becoming the grand architect for the Pharaoh he receives a “gift,” a woman they found roaming the desert.  Moses being the kind man he is helps the woman escape and this all starts the downhill effect which leads Moses to question his faith in the Gods. Once Moses discovers the Pharaoh had ordered children to be killed and that he was one of the few that managed to escape he begins to put two and two together. He runs away into the desert in a huff of rage. Of course who does he meet in the desert? The woman he let go. Who is she the daughter of? A Protestant Chieftain. Then as we all know Moses unleashes the plaques upon the Egyptians. 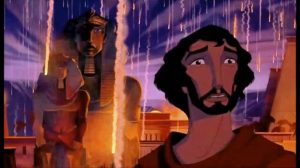 We have all seen this God many times but why do almost of all of his doings from the Old Testament seem to be things that cause great suffering to many people. He flooded the world for 40 days and 40 nights and caused massive suffering to Egypt. Why does God do these things in the past but no longer? It would seem that God stepped in back then and stopped these crimes but he hasn’t done such since. God has not stepped in to stop any war or to stop the holocaust which was the exact same as Egypt. It all seems very strange to me that God would not help his people in their time crisis in later years when he has done it from the beginning.

Discussion
Why do you think people change religions at all? Do you think God lets bad things happen for a reason? If so what do you think his reasonings are?

9 thoughts on “The Story of Exodus in the Prince of Egypt (Shane Limbaugh, April 27- May 3)”