Neno Belchev was born in 1971 in Varna, Bulgaria and 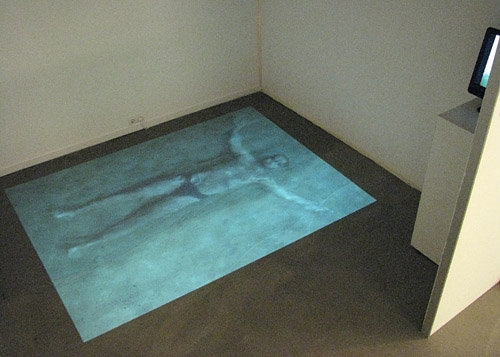 he graduated with a MFA degree in Mural Painting from the National Academy for Fine Arts in Sofia in 1997.   He works as a freelance multidisciplinary artist as well as an independent curator.  As an artist, Neno tries to understand how humans perceive the world and how they interact with their surrounding environment. His video-installations provoke different points of view for observers, in order to challenge their previous models of perceiving the world. In the last few years, Belchev’s works have been featured in a wide range of international exhibitions. Neno was awarded an artist-in-residency grant at the OCAT of He Xiangning Art Museum, Shenzhen, China (August-November 2009), artist-in-residency grant by REDline’08_Bordering On Us program in Espaço Imerge Of Ideias Emergentes, Porto, Portugal (Sept – Oct 2008); artist-in-residency grant under the ICC + S-AIR 2006 Exchange Programme, Sapporo, Japan (January – March 2007), etc. He is one of the founders of the International Video-Art Festival VIDEOHOLICA. His works are featured in the collections of the He Xiangning Art Museum, Shenzhen, China and Varna City Gallery, as well as in private collections in the United Kingdom, Japan, Canada, Spain, and the Ukraine.