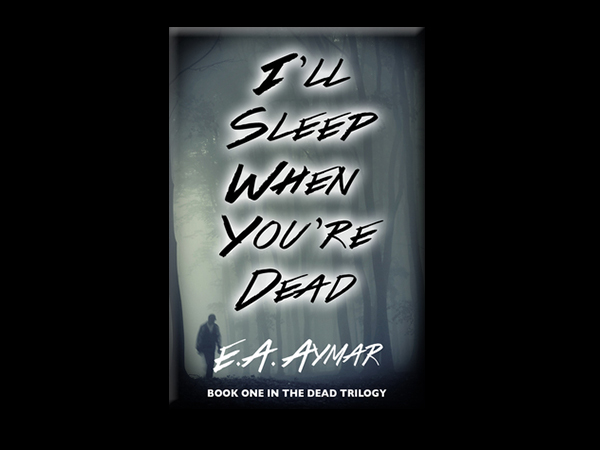 The holidays are not my favorite time of year; I hate to go bah-humbug, but having the kids home from school for two weeks (hyped up on Santa-energy and cooped up inside because it’s too cold to ravage the neighborhood) can be overwhelming. And I love my family dearly, but we’re all borderline-insane and have high expectations for the holidays—a real recipe for disaster. The holiday season demands a very particular sort of reading material, something that will engross what’s left of my mental energy and allow me to escape for an hour here and there. It helps if the characters are more miserable and messed up than I am, and so when I scanned my bookshelf for appropriate material, I’ll Sleep When You’re Dead, by Ed Aymar, leapt out at me as an obvious choice. The main character, deeply troubled by the murder of his late wife and by his inability to parent his pre-teen daughter on his own, goes on a bizarre and miserably unsuccessful quest to seek revenge upon the man he wrongly suspects is the killer. And wait—it gets even better—he’s a professor at Baltimore Community College who faces constant doubt and derision from those around him because he teaches at a community college and not a “real” university. As Tom Starks’s pursuit of revenge takes one dark turn after another, he struggles to maintain control over his life and sense of self, something I can definitely relate to around this time of year. (And his self-deprecating humor and wit don’t hurt, either.) Not only did the novel make me forget my own misery for a few glorious hours, but it also made me wonder why there aren’t more novels about community college professors out there. I can only hope the sequel is available soon… preferably by Christmas 2014?

This is an example of the text widget. You can add content, images, videos, HTML and more using the WordPress text widget.