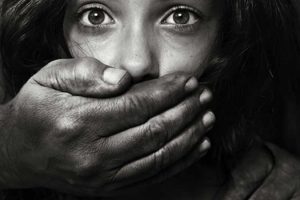 How can a country’s government sit back for a long period of time as they watch their citizens suffer and know about the Dark illegal trade known as Human Trafficking which it’s mainly used for sex work? India is recognized as both a destination and source country for sex slave workers. Sex Trafficking in India has grown comfortable in their cultural surroundings and most of the citizens have become accustomed to sex work in their communities and the race for intervention on the Black Trade is at a stand still. With the country struggling to control the trafficking for over one hundred years the problem seems almost impossible for the Indian government to resolve.

Human Trafficking has been going on all over the world for centuries but India’s problem has grown more public and less of a priority to resolve in the last 35 years. Women and young girls are the most targeted for sex work as well as families who have little education usually from small villages with little to no funds to support their families. Most people who sell their daughters into trafficking are told that they will be given a portion of the profits that their daughters make for the work they do but never receive the amount told instead they are only given 1/3rd of their earnings. The families are also promised a marriage to their daughters through the work which is unlikely because then the girls receive less money. Continuing from Nicholas Kristof’s article “She’s 10 and May be Sold to a Brothel” he covers the story of a young Indian girl who like every child in India has dreams and aspirations in life but due to the fact that her mother is a prostitute she as well will probably one day join the work trade like her mother.

Due to the poor education system that is in India many families lack the sources and knowledge to know that keeping a child in school all the way through high school can create a better life for your child and the future of the country. Females in India are known more to stop their education at the 6th grade and either stay home to work to help support their family while learning skills to support their own family one day or to be sold into a brothel for profit. At the age of only ten years old not even old enough to menstruate, young girls are sold to brothel owners for money. As for other girls in India education is hard to come by and for most villages do not supply schools for females after the 7th grade and the fortunate few whose family has the  knowledge to continue their daughters studies end up in a better position with a stable job and benefits. From the ages 10 to 18 young girls in India are the most likely to be trafficked into modern slavery. Because of the high rate of poverty, large population and low literacy the citizens of India are more targeted into human trafficking. With the high population; lack of adults having education, and stability to support their family more people look to prostitution and child slavery for money. For many years the Indian culture has come accustomed to the “black trade” and with the lack of urgency to stop it the government has taken very little interest to stopping modern slavery and child sex workers.

It has only become recent in the last few years to police and government officials to make a change to the illegal trade. When a brothel has a police raid and they are able to remove the children, a brothel owner will then pay the police a bribe of significant amount to get back their workers to keep their business afloat. (Nicholas Kristof) With the government and police starting to create change within the country to build a safer community and to one day stop the trafficking of children.  Many anti-trafficking organizations try to stop the trafficking in India are from out of the country help. NGO standing for non-government organization is one of the main programs that help victims of modern slavery. (Experiences of sex trafficking victims in Mumbai, India)

With the Indian Government’s interest beginning to stop pimps controlling brothels and fighting to save the young sex workers in them the modern slavery world can start in the prevention of Sex slavery. Within this blog u hope as a reader that you were able to learn about the need for the intervention in creating a stronger motion in stopping people within the sex slavery trade.