So the last week has been a whirlwind of craziness! I arrived back home to the USA on early Tuesday morning. I have been home for about four days practicing self-quarantine. While my study abroad experience in Spain has come to an end I am still lucky enough to be able to continue the courses I was taking online through my program.

Beginning last week the spread of COVID-19 reached highest it had been in Spain, making Spain rank number two behind Italy in the number of cases in Europe. That began the end of my stay in Spain. Wednesday majority of students were preparing to return home to the US. At the time no restrictions were placed on travel so I planned to stay in Spain until I had to return home. The end of my study abroad experience in Spain began last week on Tuesday with an email stating that all of our classes had been moved online. Then on early Wednesday morning we were notified that the United States government put a travel band on Europe. That news sent everyone into a frenzy. Students were getting calls in the middle of the night from their families and friends telling them they needed to come home as soon as possible. Flights were being bought so fast that the websites were crashing and the Barcelona airport was on the verge of collapse. Some friends of mine got calls from their families stating that their tickets have been bought and they needed to be on the plane that night. This news was both disheartening and terrifying. The information about US citizens being able to fly back was not made know to us yet. And this was all on Thursday morning before 10 am. I spent the majority of my Thursday on hold trying to get my flight home changed from April to Monday, March 16. Needless to say it was a very stressful day and it was only the beginning. Friday morning I woke up to the situation changing again. The Spanish government closed all the schools and issued a state of alarm. And also were looking to implement a country wide lockdown which would be determined on Saturday. The Spanish prime minister and his cabinet met to decide what exactly the parameters of the lockdown would be. This was hard to hear because I still has four days until I left for the US. And a lot can happen in four days especially for a dynamic and constantly changing situation. 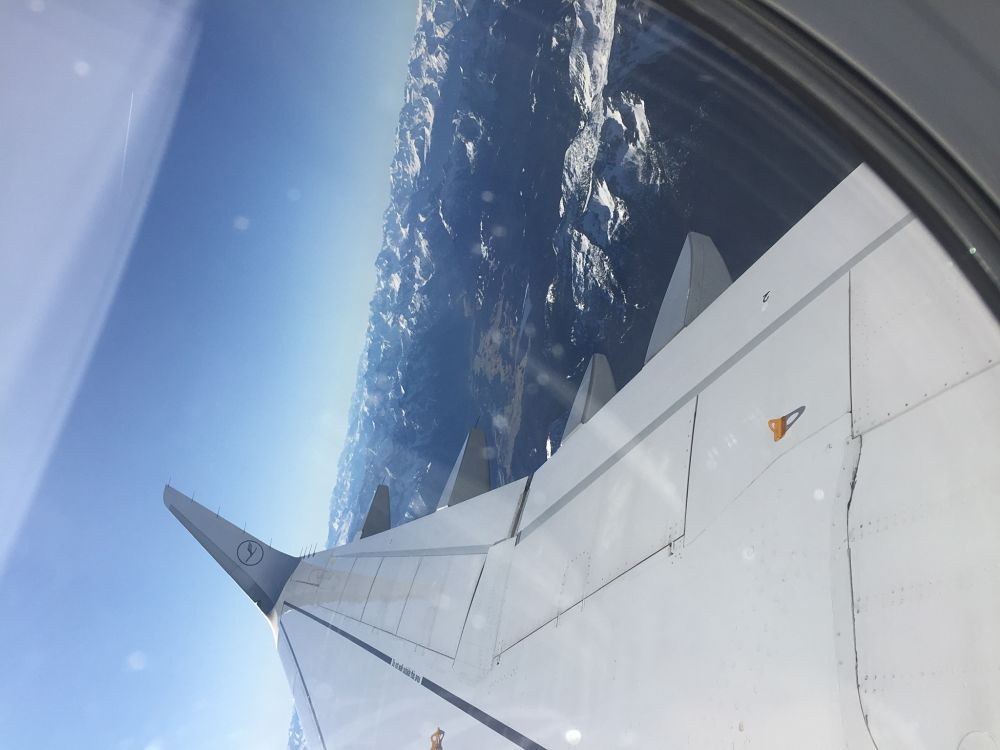 Flying over the Alps into Munich, Germany 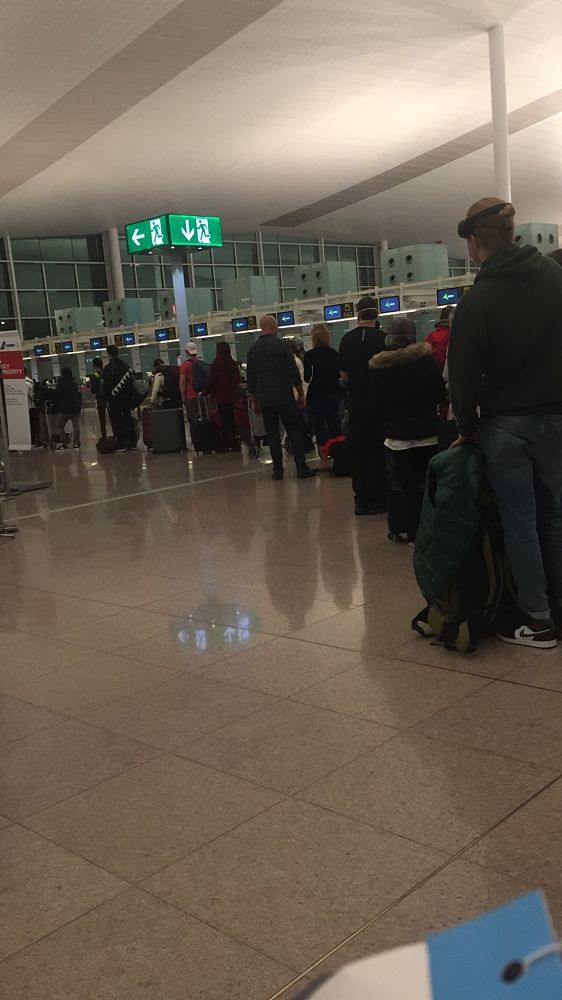 The line for checking bags at 4 am in Barcelona (only place crowded in the airport).

Saturday the decisions about the lockdown were released and thankfully it would not begin until Monday, March 16 at 8 am. And the airport was not on the list of locations for closure. So now all I had to do is wait for Monday to arrive. However that was not the end of this crazy, stressful journey. Saturday at midnight I got a text saying that my flight for Monday had been cancelled. That text made my heart drop. I immediately dialed the airline and proceeded to wait for the next two hours to talk to a representative. Finally I talked to someone and they were so helpful and found an available flight out of Spain to the US. Sunday went by without any issues, but it was a sad day because I was leaving. I think the most difficult part, setting aside the stress of trying to get home, was saying goodbye to a place I began to call home. 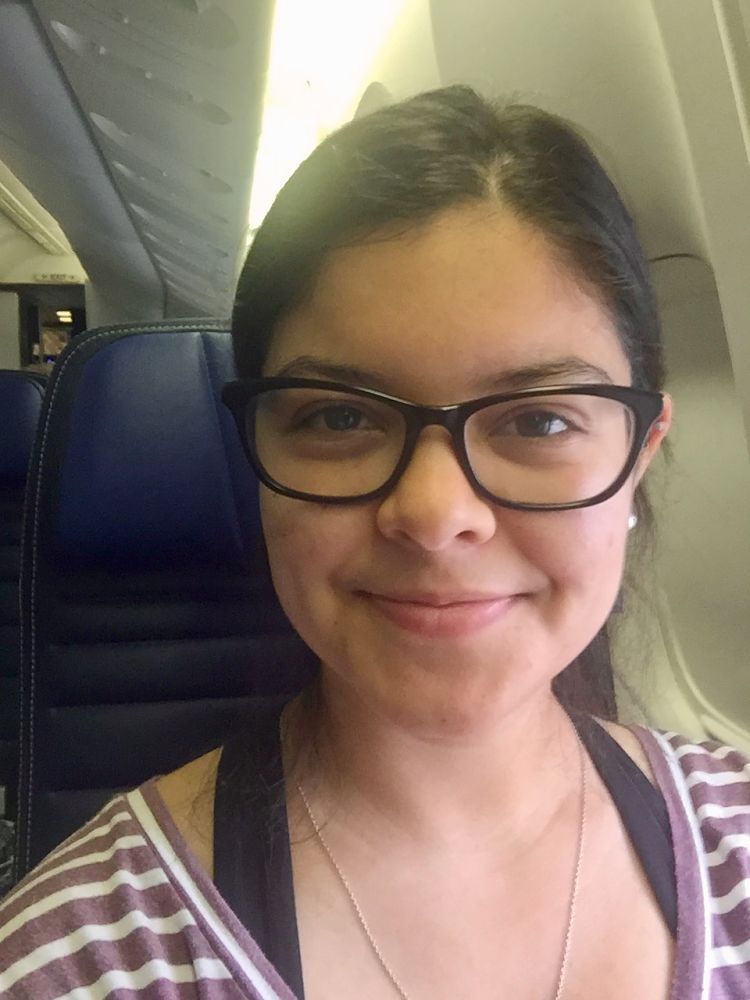 Me on my flight waiting in the plane in DC waiting to go to health screening.

I am extremely grateful for the time I got to spend in Barcelona. Although my time in Spain got cut short I enjoyed every minute of it! I am so glad to have met so many wonderful people and have enlightening experiences. I know that I will take the adventures that I had and things that I learned with me for the rest of my life. I am happy to be home with my family and enjoying the blessing in disguise that it has become. I will continue write for the rest of my study abroad time because in a way being a student from home is its own sort of study away experience. 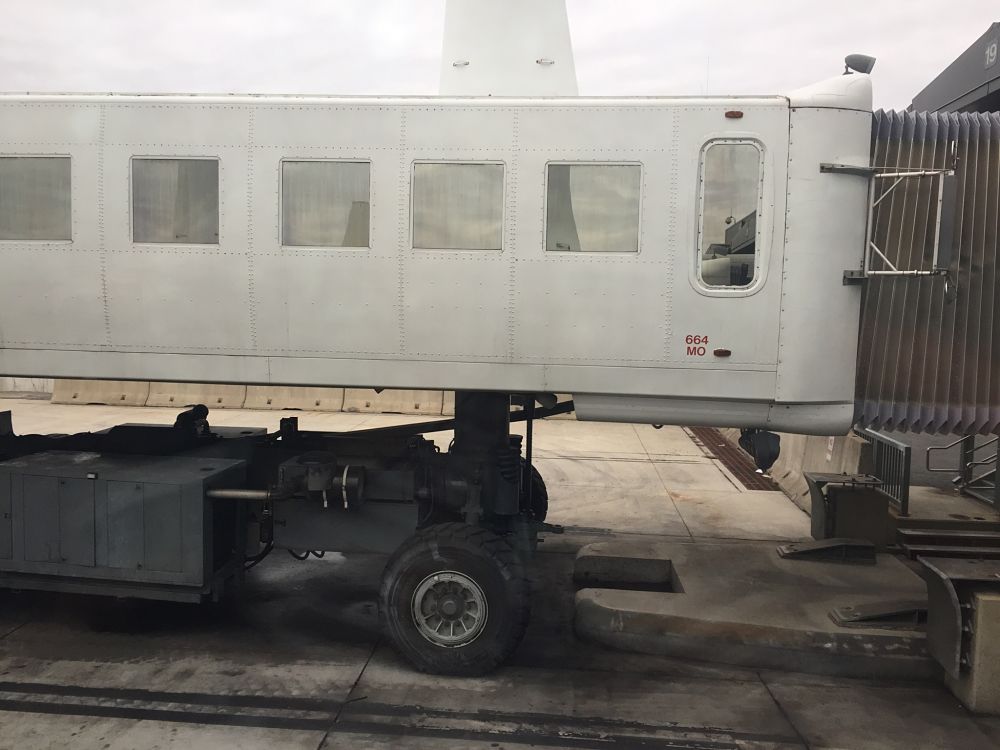 Transport vehicle that took us from the plane to terminal for re-entry to US health screening.