Walking down any street in Barcelona, there is bound to be a store for produce, a housewares store, a pharmacy, and most definitely a ham store. While this list of stores seems a little odd to non-Europeans, it says a lot about the Spanish culture. For one they LOVE ham. Iberian ham is a specialty of Spain and they eat it all the time and in nearly every way possible. Spaniards also walk everywhere so going from store to store to pick up items is just another fact of life. In the two weeks I have been here I have learned a lot about Spain and its people, as well as the culture.

Spain is not a fast paced country; a day (depending on the job) could start around 9 am and they would work until lunch time which is between 2 and 3 pm. Some may go home for lunch or eat elsewhere. Then the day continues until 6 to 7 pm when people get off work and begin the dinner preparations. This is when the public transportation is filled with everyone going home. Once in their neighborhoods, people stop by stores and bakeries to pick up whatever they need. People also around this time have a cerveza or caña while enjoying conversation with a friend or family. Then around 9 to 11, dinner is eaten. And that is really late for anyone who is not used to this Spanish schedule. 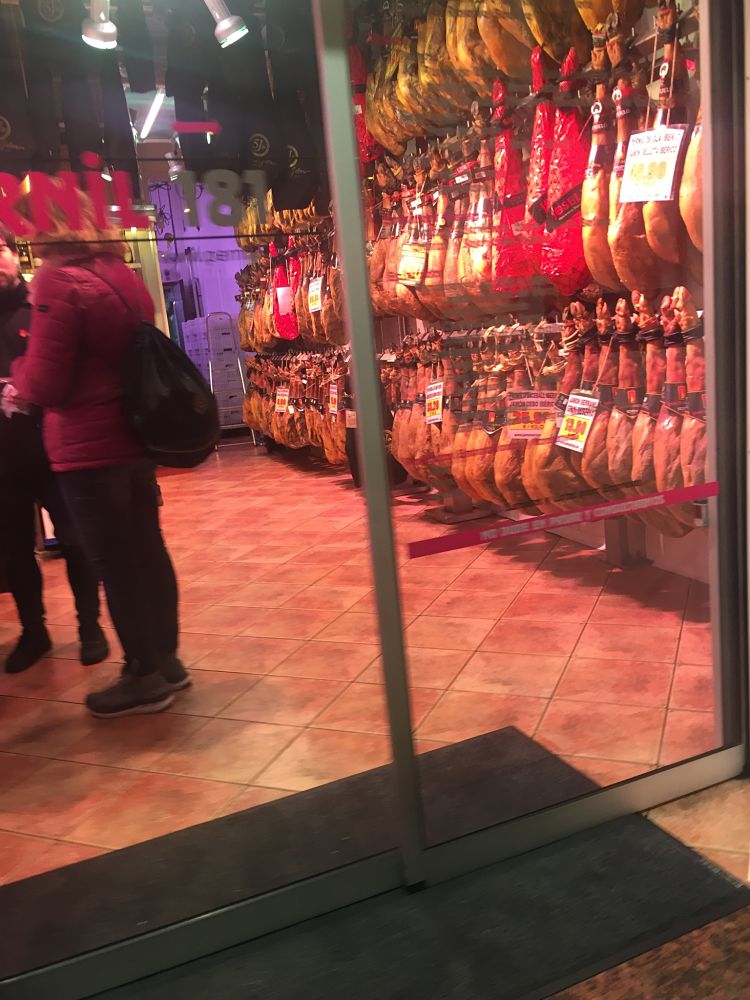 For me, this was one of the biggest adjustments I faced in the last two weeks. Coming from the United States, I am used to fast-paced early mornings and meals around noon and 6 pm. However, in Spain, that is not the case. Living with a host family has enabled me to adjust to this schedule faster than other students in my program who are not in a host family. The entirety of Spain revolves around this schedule and all businesses and even schools adhere to it. This Spanish way of living has shown me that there is a way to make time for both work and leisure activities in one day.

Another part of Spanish culture that has been an adjustment for me is the learning of two languages. Since Barcelona is part of the Catalonian region of Spain, the primary language here is Catalan. Which, from what I have learned about it, is a mixture between French and Spanish. Most signs in the public are in Catalan first and then in Spanish second. Over the course of the two weeks, I have noticed that I am able to recognize some words that are in Catalan. Many are similar to Spanish but spelled and pronounced a little differently. The adjustment to the Spanish language has not been as difficult because I realized that I understood a lot more than I thought I did. And my host family has been great in helping me practice. 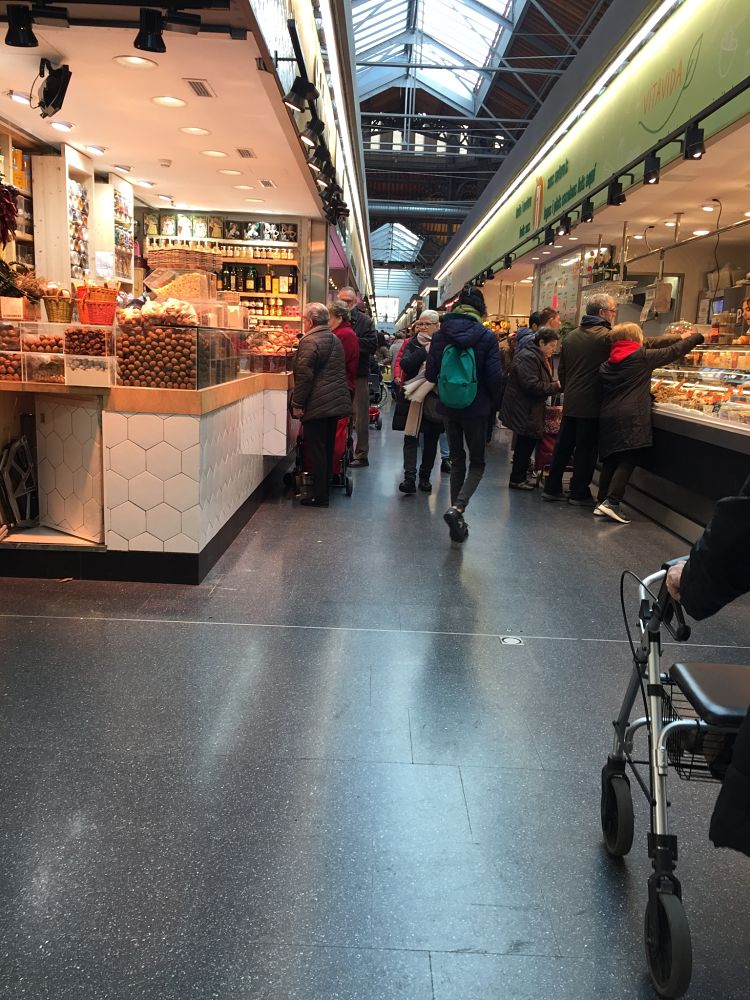 Spanish Mercado de Sant Antoni where Spaniards do they shopping

Walking is another large part of Spanish culture especially Barcelona, where a 5 minute walk will take me to another part of the city. While it is still an incredibly large city, Barcelona is fairly easy to navigate. We have the ocean in one direction and the mountains in the other. Since many of the streets are from when the city and its surrounding areas where originally built, the streets are built in a grid-like pattern with three main streets that stretch from one end to the other. While public transportation is not new to me, because of D.C., the public transport in Barcelona is far more elaborate. It took me a day or two to get an understanding of it but now I feel like I can use public transport like a local.

I have learned so much about Barcelona in two weeks and am loving every minute of it. Anytime I have some free time, I pick another place to explore with some of my new friends. Barcelona is a wonderful city with some much to offer and do! And I absolutely love it!