The great thing about studying abroad is to be able to explore places that you have never seen before. At the University of Lorenzo de Medici (LdM) the school offers day trips to explore parts of Italy and their culture. One trip I took was to Lake Como and Switzerland, which was very close to Lake Como. Both of the places were amazing sites to see which I cannot recommend any higher than I do now. 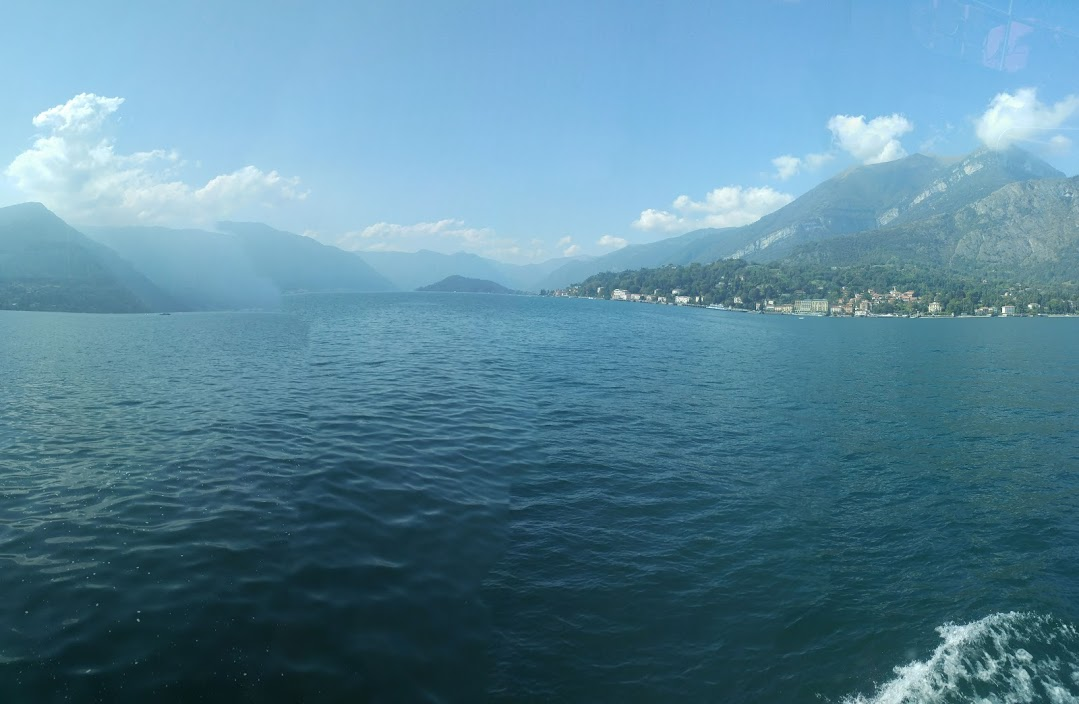 The look of Lake Como from the ferry

The first day it was a bus drive straight there, and the path it took us on was straight around the lake to admire all sides of the lake. Lake Como itself is shaped like an upside-down “Y” connected with Lake Lecco. Then, we took a ferry to the town of Bellagio, one of the oldest towns around the lake. Being in the middle of the lake lets you appreciate the mountains that were all around; it is hard not to be feel captivated when you first see them. The town itself was wonderful to see. Not only was the lake literally in front of us, the stores and the place were extremely beautiful. Once I stepped out of the ferry, to my right was a street of the garden just going down were perfectly kept flowers and trees all kept in a straight line. Then to the left was the old town of Bellagio; it was a higher-end type of town. The stores were all fancy and proper, many holding wine tasting and selling high-end fashion and paintings. That does not mean it wasn’t nice to just see the sights. There was definitely some street food as well if one does not want to spend much in restaurants. The pizza was pretty decent as well. Not really bad but nothing out of the park for sure.

The street of flowers in Bellagio 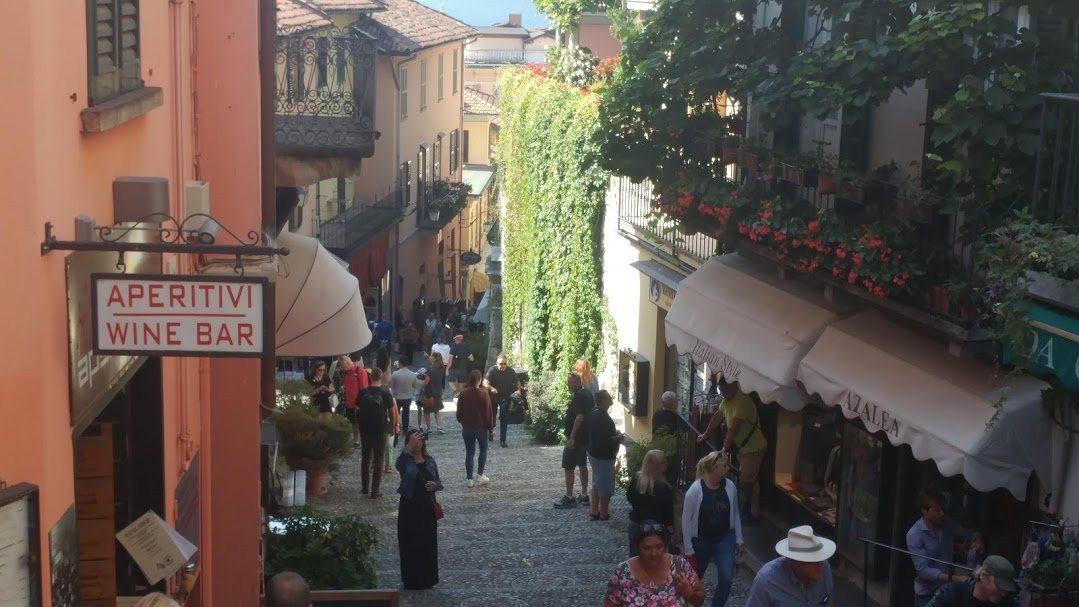 The street view of Bellagio

After a few hours of exploring the city, the group got back to the bus and headed towards Switzerland. Just when I thought Lake Como was beautiful, Switzerland was breathtaking so peaceful and nature was wonderful. LdM took specifically to St. Moritz which is the place where winter Olympic sports first started. What is more amazing is that by Switzerland’s law, big billboards of advertisements like in highways and such don’t exist. They get smaller ones next to buildings but nothing that can block the view of the mountains or nature. The hotels around are part of history as well, and are pretty expensive going around almost a thousand dollars for a few days. Even homes can cost up to one million dollars to make and even keep up. It was pretty amazing to see. Even though the hotel gave us a typical dinner from Switzerland, there wasn’t much of a specialty in the dishes: salads, lasagna, turkey with fires, and chocolate mousse. While it was very tasty, Switzerland gets all kinds of mixes being in the middle of so many places as Austria, Germany, and Italy. 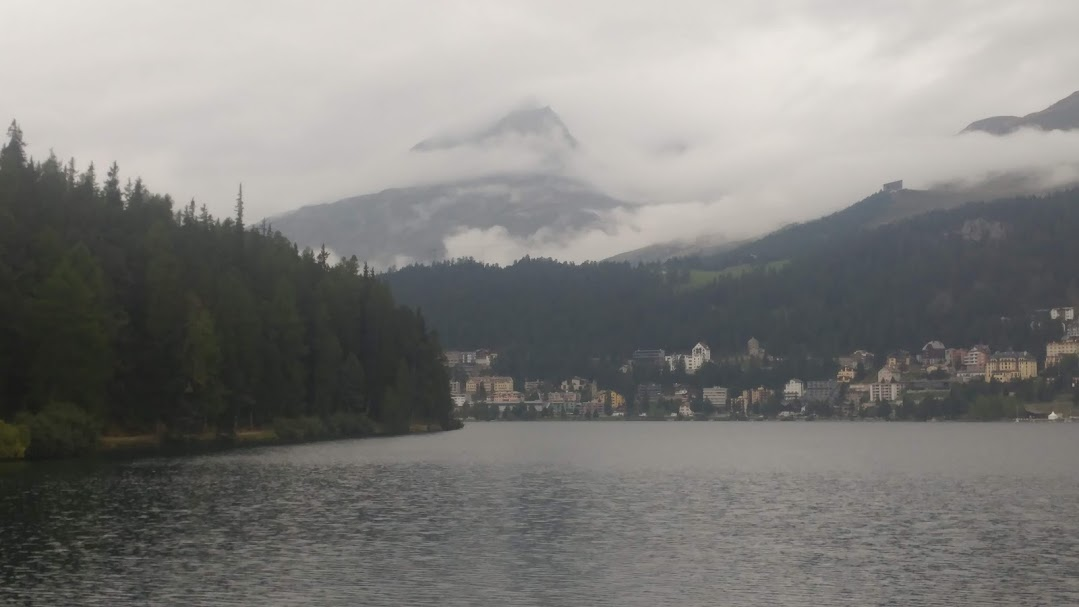 The Alps being covered in clouds 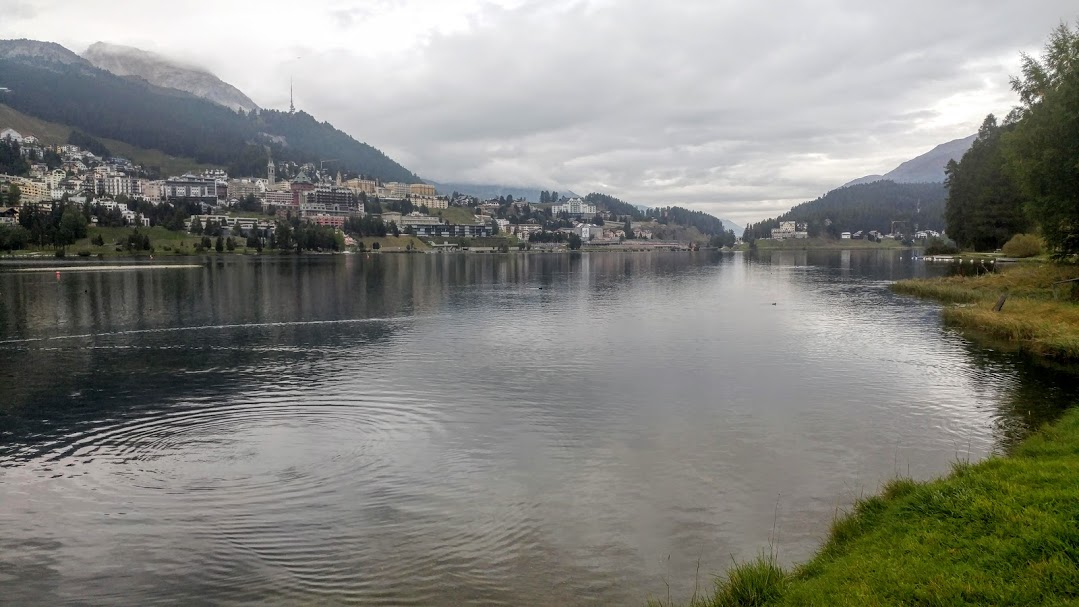 The town of St. Moritz and their lake 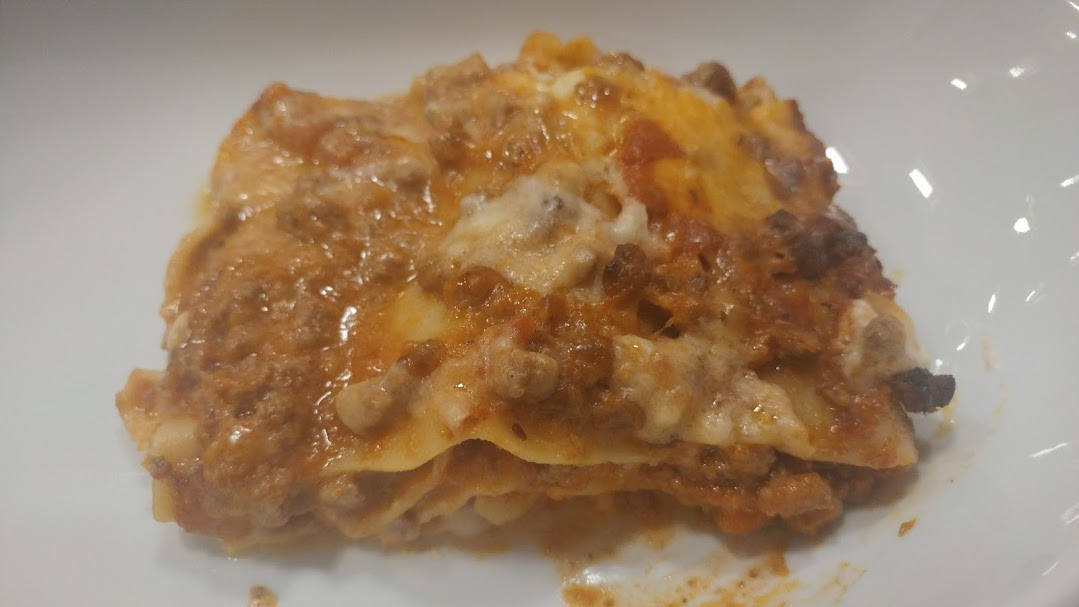 Lasagna from the hotel in Switzerland

The final day during the morning gave us a walking tour with locals who have lived here most of their lives. They told us a bit more information about the local life and the sites of St. Moritz such as the bell tower that weirdly leans like the Leaning Tower of Pisa. The tour guide was also the one who gave us the information about the houses that I mentioned before. The final trip was going back to Italy to see the town of Como which is just the other side of the lake. The time spent there was not as long as there was a nice church to see inside and explore around. The lake was much close and better to see around. However, I’ve got to admit I rather loved the exploration around Switzerland. I can only say to the readers that I hope you take advantage of any trips given to you or that you want to go like that. You get seeing things that you might never have been able to see before.