After the stressful weeks leading up to finals I received a long week off from school. During our break the ISA program that I am traveling with planned an excursion to the cities of Ica and Paracas. This excursion was only two days and one night long, we still had a whole week ahead of us with no classes and no activities. This was a perfect opportunity to extend our travel and explore more of Peru. A few of us planned to stay behind in Paracas to continue our journey. 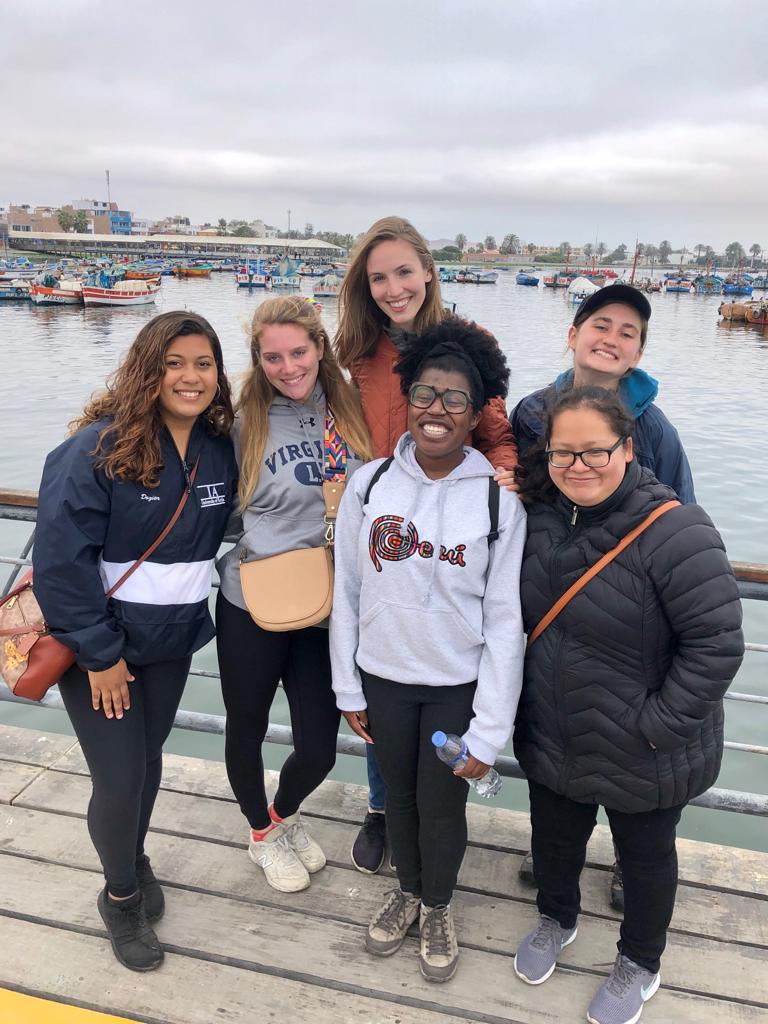 The gang is all smiles after spending the morning at sea.

The night before our long trip I packed everything I needed for a 7 week long trip into my Northface backpack. As I reflect, I definitely think I packed too many things. When traveling an outfit a day may not be your best bet. The bare necessities are all that should be coming with you. This was especially crucial because of all the various methods of traveling my friends and I were going to be taking. We caught taxis, walked, taken 10 hour long bus rides, and at the end of the trip we returned to Lima on a plane. While the 10 hour bus rides were brutal, it was worth traveling to four different cities in Lima. 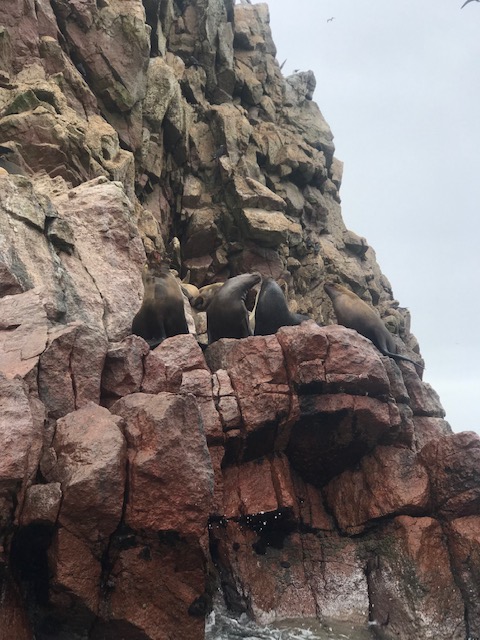 Sea lions on the island in Paracas.

The first stop was Icas, which is a desert town that surrounds an oasis. Legend has it that a woman was bathing in a river when she saw a man watching her. The woman got so scared that she dropped her mirror. The shattered pieces created the oasis and the woman turned into a mermaid. Besides listening to stories of the creation of the desert, we sand boarded down the hills of sand in the desert. This is one of my most memorable and amazing moments I have had in Peru so far. Lima is notorious for being foggy and cold, so to have the desert sun hit my skin and to have the wind actually be refreshing was the most amazing feeling. 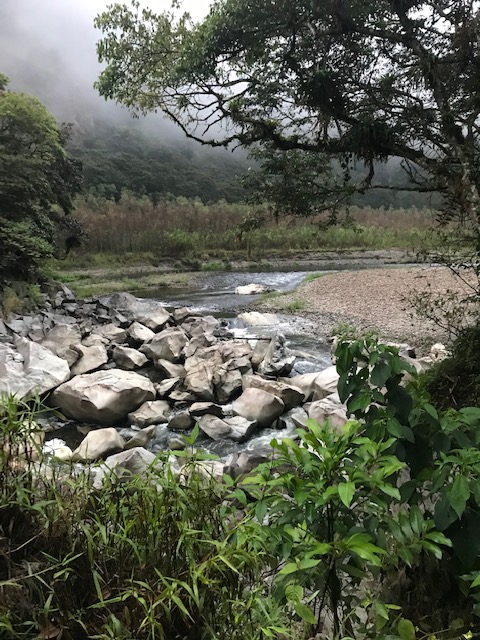 View on the walk to Machu Picchu.

After being in the sand we traveled to Paracas, which is another desert town. I loved walking down the road with the soft sand underneath my feet instead of hard asphalt. The restaurants in town were absolutely amazing and mostly vegetarian friendly. In Paracas, we were able to take a boat ride to an island called the “poor man’s Galapagos”. In Peru, one of the major exports is guano, which is essentially bird poop. The island we traveled to serves as a home for birds, sea lions, penguins, and for guano collectors during the peak seasons. 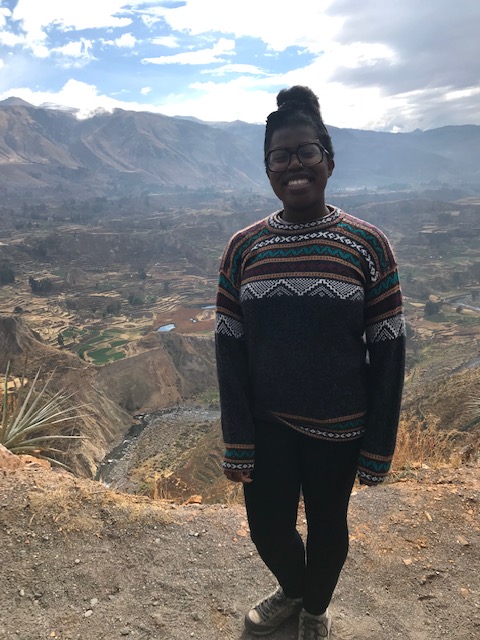 In the canyon in Arequipa ready to see some condors.

Our next stop involved a 10 hour bus ride to the town of Arequipa. Arequipa was one of my favorite stops because of the evidence in the churches and building of religious syncretism. The syncretism in this sense was demonstrated by important indigenous symbols carved into the building such as corn, pumas, snakes, and birds. The disappointing history of the town is that there was still discrimination against indigenous people even though their art was incorporated within the infrastructure. The pinnacle of our adventures in Arequipa involved a 2:30 in the morning bus ride to the canyons in order to see the majestic condors. Condors are the national bird of Peru. Being able to see them flying against the background of the strong mountains was breathtaking. The last stop we took before moving on to Cusco was to buy alpaca sweaters in Arequipa. Arequipa is most famous for the alpaca sweaters and pisco. We said goodbye to Arequipa and boarded another 10 hour bus ride landed us right in Cusco. 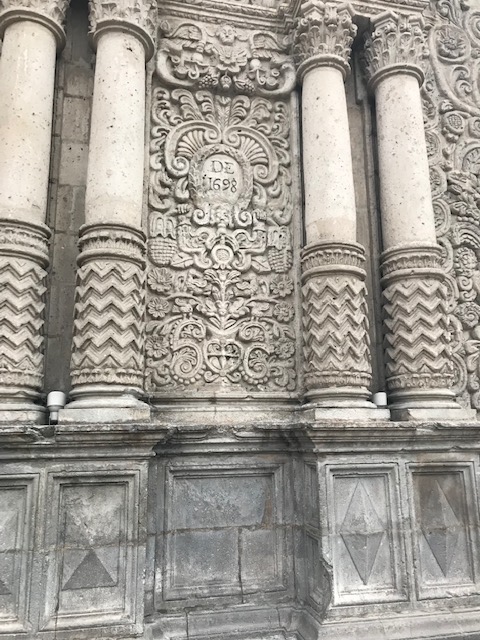 Incan symbols on the front of a church in Arequipa.

One of the things that most surprised me about Cusco was how far away from Machu Picchu it was. Machu Picchu was probably an hour or so away from Cusco. Due to this fact, it was incredibly hard to get to Machu Picchu. There was one of two options: the first was the pay for an expensive plane ticket and the other was to take a long journey by foot to the Machu Picchu Pueblo. We decided to take the long journey by foot. We caught a taxi to the train tracks and walked along the train tracks for about 3 hours until we arrived in town. We were too tired to walk all the way up to Machu Picchu, so we took a bus up to the ruins. Once we finally got there, it was a feeling of achievement. We climbed up the stairs to overlook all of the ruins. The strength and intelligence that was displayed by the Incan civilization in building this ruins was absolutely incredible. The symmetry was perfect and every structure was carefully thought out and had a significance. One of the most mind-blowing parts of Machu Picchu was the building for astronomy. The Incas built windows to follow the phases of the sun. They also created pools of water in the ground to watch specific constellations in the sky at night. I found this to be the perfect ending to our backpack trip, standing on top of a mountain and admiring history, and reflecting on the past. 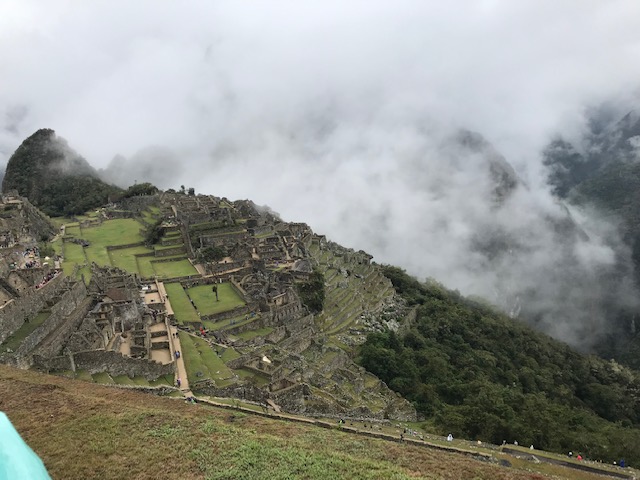 On top of Machu Picchu. 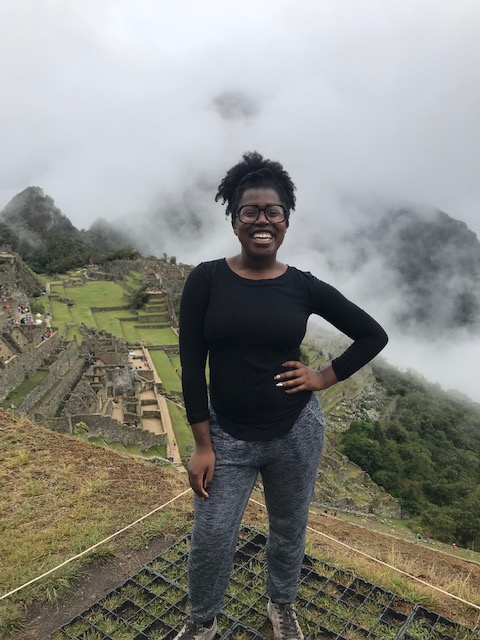 We got rained on but happy because we finally made it!