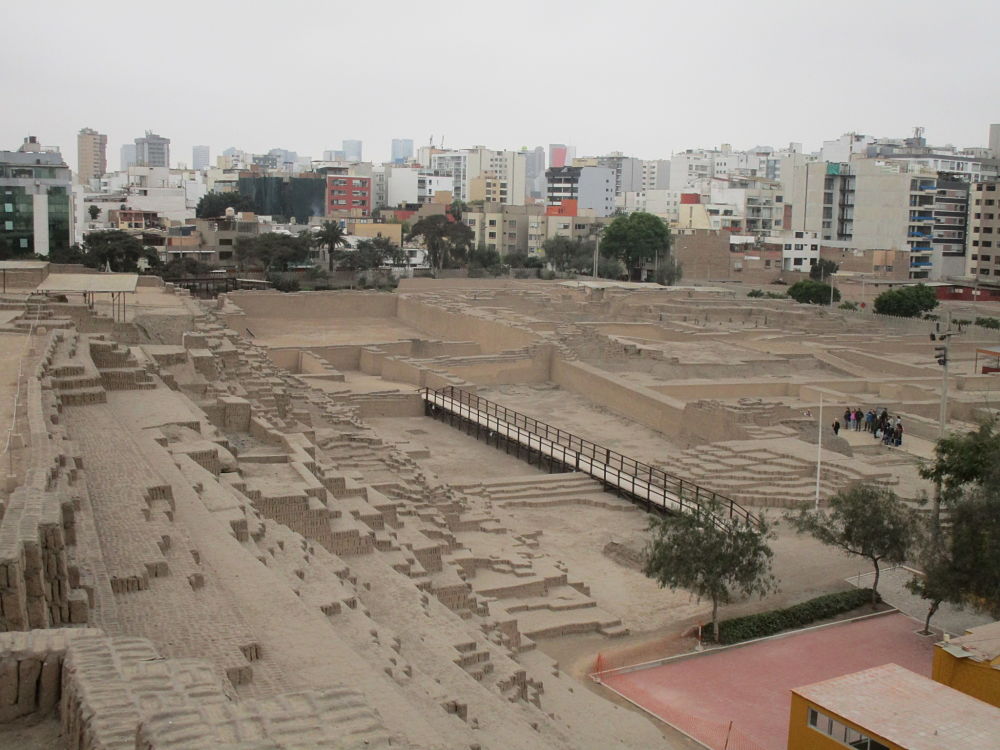 At the top of Huaca Pucllana! I love looking at the contrast between old and new.

I remember in elementary school only speaking about Native Americans during Thanksgiving. A vivid memory I had was learning about how the pilgrims and Native Americans all got along so well, and because they got along so well they had a big dinner, which was told to us to be the reason why we had Thanksgiving. Following this explanation were activities which included making headdresses, costumes, and building fake wigwams (looking back on this, it all seems quite problematic). As I got older, the discussion began to change. In the classroom, we started to discuss the atrocities against Native Americans. While this was an improvement on how the education system teaches Native American history, it only presented them in being victims. In my 18+ years of being in the education system, there were only two ways the community was taught: as helpers to the white pilgrims that came to North America or victims who all died out because of the white pilgrims that came to North America. What was missing from this conversation was the rich culture and heritage that is within our Native America communities, and recognition that yes Native Americans are still very much alive in the United States. In Peru, I have been surprised about their approach in addressing the indigenous population. 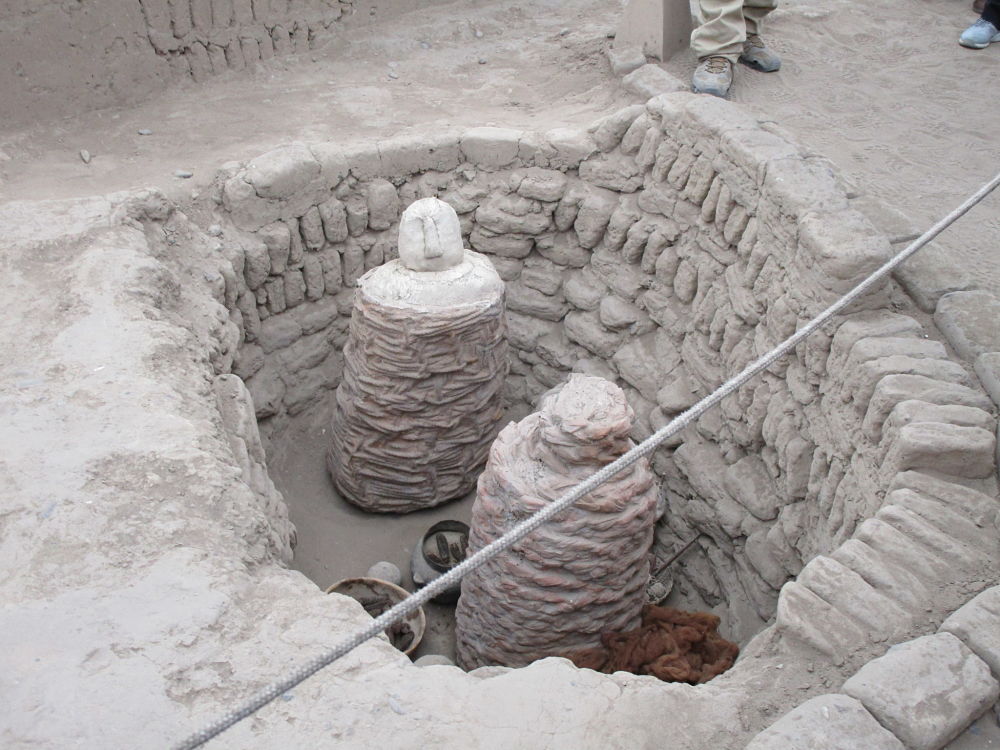 Underneath the structure these figures were found with bodies inside!

Within the Peruvian educational system there seems to be more opportunities to learn about the history of the indigenous community. Within the college I am studying at, which specializes in business and economics, there is a course specifically about Andean culture. Furthermore, in my Spanish class my professor explained that in grade school children are taught to identify different types of pottery based on what indigenous group the pottery came from. The professor took time to teach us a little about the history and artifacts as well. He drew a timeline on the white board explaining the various indigenous communities that lived in Peru, and drew a map placing each group at the approximate location in which they lived. Never in my public or private American education have we ever talked about the different groups of Native Americans that lived and continue to live in the US. In the US we use the general term Native America, which dilutes the diversity that is within the community. In Peru lived about 5 other indigenous communities before the Incas came and took over much of Peru. In addition to the five indigenous groups, there are other groups specifically in Lima. Since I have been in Lima, I have had the opportunity to visit two archaeological sites where the structures of past groups have been preserved. Peru does not only teach about their past, but tries their best to preserve what is left of their past as well. Peru is known mostly for its historical sites such as Machu Picchu and the Sacred Valley. As a result of these places being such tourist attractions, these sites are protected and preserved. There are ethical dilemmas surrounding these sites being tourist destinations for example, an airport is being proposed to be built by Machu Picchu, but there is still a recognition of the importance of these destinations. In Peru Quechua and Aymara are official languages, which says a lot about the state recognition of the indigenous population. 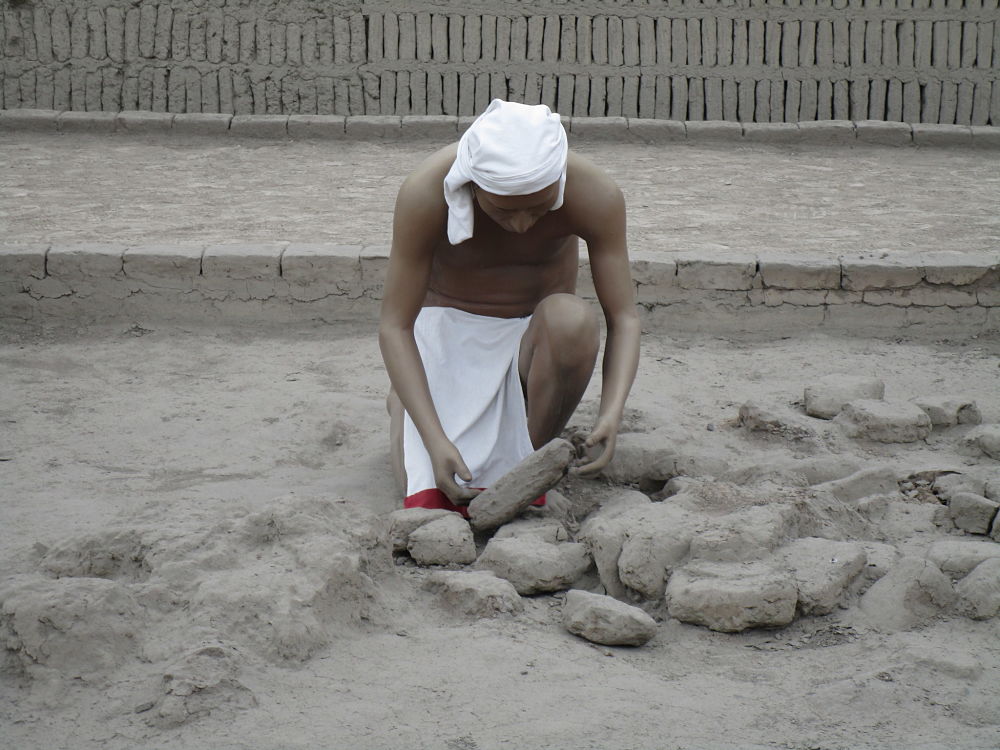 Statue recreated to represent how the Lima people made mud bricks to build their structures. 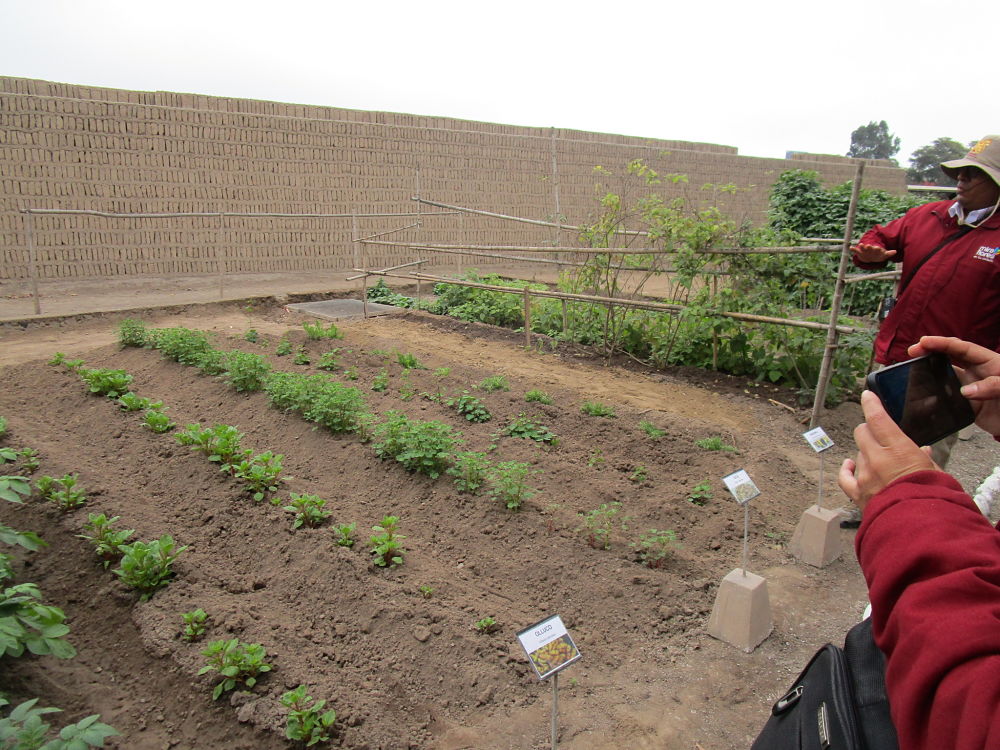 An example behind the structure of what was grown here years ago.

I am not saying Peru is perfect in their treatment of the indigenous people, there are wide disparities between those who live in the Andes versus those who live in the city, and those who only speak Quechua are looked down upon.  I am saying we as Americans can do better to recognize the diverse and rich culture of our own indigenous community. When human rights are discussed, I rarely hear conversation supporting the rights of Native Americans. I feel a majority of the time we forget about this part of our population in the United States. I do recognize because of our colonial past there are reasons behind why there are differences between the populations in both North and South America, but that does not mean that the United States is less responsible.