When I decided to study abroad, one the first things I was really excited to see or rather taste was the food. Nothing ties more countries together than food and to be able to share it with other people and sharing various dishes are some of the few ways to experience cultures without a language barrier. Wanting to be a chef when I was younger has made me appreciate food and taste from different cultures without being picky.

With Italy and more specifically Florence the many things you will first notice the gigantic amount of restaurants, cafes, and bars right next to each other. There are all different types going from a trattoria, osteria, enotecas, all specializing in different things. Trattorias, for example, are more traditional restaurants with antipasto (appetizers), first course, second course, main entree, and desserts, but they do not serve you coffee; it is very rare that they would serve them in trattorias. Cafes, in this case, are more places to have a light lunch thing like sandwiches, coffee, tea, snacks, etc. unlike in the US where more restaurants try to serve a general area from a small appetizer to the main course then a dessert. 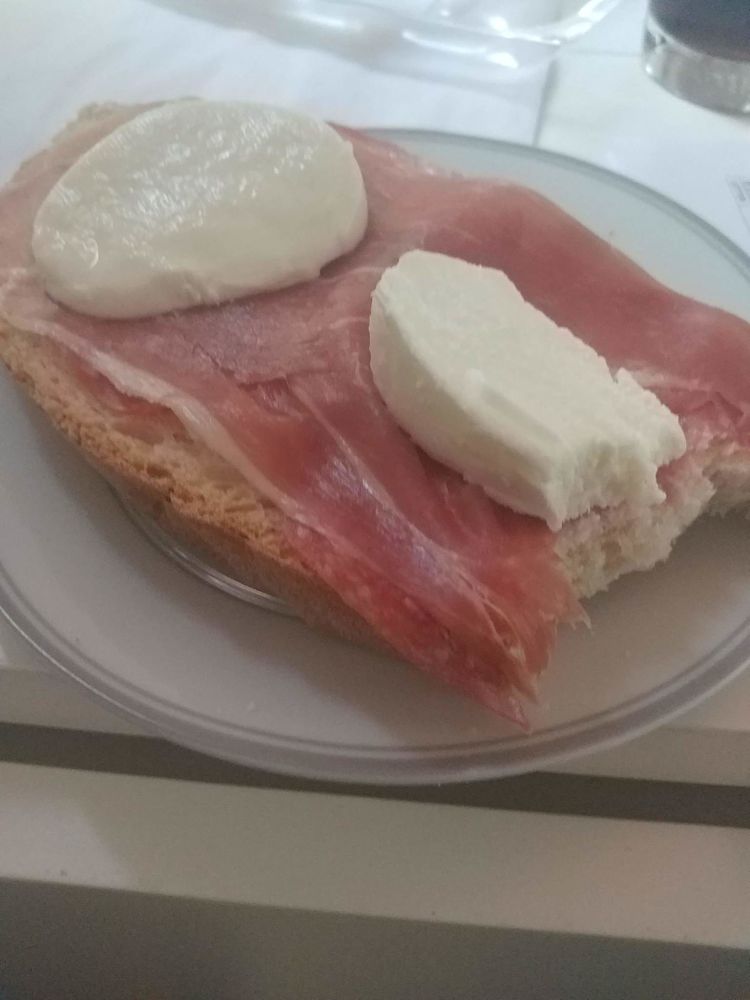 Unlike the US, portions are much smaller and lighter to put in simple terms. Expressos come in smaller cups and cappuccinos are only for breakfast and come in bigger cups. A pizza is not as greasy or bready as the ones we see in dominoes or papa johns. Pizzas in Italy are also not as salty. Rather, the tomatoes that they use taste almost sweet which makes the sauce a lot better as well as thinner so it never feels overwhelming. The university that I am in, Lorenzo de Medici (LdM), had a demonstration of how they make pizza and a very brief history of the birthplace of pizza, Napoli. A chef from LdM explained that pizza was simple street food at first. They started by putting the dough with a hot pan, almost like a skillet on top, then adding sauce and then closing it and handing it to the customer. Once fishermen, butchers, and farmers started to trade more often and adding their catches or harvest to the pizza, it got more complex. It became hard to fold and was not easily eaten which in turn made it become less street food and more into a sit-down restaurant food because pizza tasted better with those ingredients.

With that information, I learned that also most places in Italy have their own specialties outside of pizzas and pasta that we usually know them for in the US. Florence is actually more known for their Bistecca alla Florentina a very thick cut of steak that you eat rare and only rare; it is extremely rude to ask the steak any other way. Some restaurants even kick their customers out for such a thing, but it is extremely good. Places down in the south of Italy have more specialties in seafood since they get amazing catches. 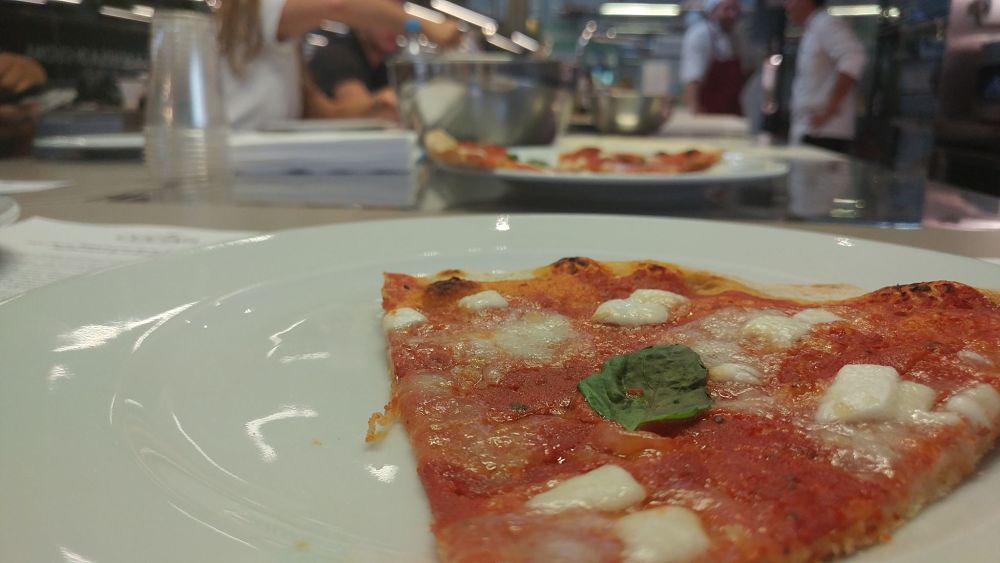 The demonstration by the chef at LdM making pizza from scratch

I have noticed myself eating smaller portions than I am used to in the US. I never feel bloated just satisfied. Since Florence is a place that you walk everywhere, it keeps me healthy and active and wanting to go to more places. I myself have found a small cafe/gelateria that I like to go once or twice a week to simply relax and see the people around while enjoying a snack. It is hard to go wrong in Italy with gelato right after a satisfying meal. Gelato tends to be very light and creamy without a giant use of milk and sweet enough to even have as a snack.

In conclusion, when you study abroad, research and see what people in the country are eating and give it a try as well. By doing so, you’re not only having food and enjoying time with others but you are also taking part in their culture first hand which is rare to do so when you are traveling even as a tourist. Food is one of the things that many people can understand with each other without needing to talk.