On Valentine’s Day I made my first foray into downtown Auckland.  I wasn’t going to visit the Sky Tower, the museum, the zoo, or any of the parks; instead, I was meeting a group of friends at a patch of grass in front of a large stone silo in a semi-industrial park several blocks from the ferry station.  Because Silo Park, as the patch of grass is known, hosts a Valentine’s Day event each year with food and crafts and the greatest movie of all time projected onto the side of the silo: The Princess Bride!

There are no words for how excited I was when I discovered this event.  The Princess Bride is my favorite movie of all time, and it never occurred to me that I would find it here at all, let alone in an outdoor silo theater.  Most of the TV, movies, and music here have been familiar to me (i.e. American), but I didn’t expect to find anything this old.  So, I planned my first trip downtown – on a school night! – with absolute giddiness.

Getting into the city is a bit of a trip from my homestay, but a lovely one.  I walk a neighborhood path along the cliffs overlooking the water for about twenty-five minutes before I come to Half Moon Bay which, at less-than-convenient times, has ferries into the city.  On this particular day I was cutting it close and ran the last block to the pier just in time to hear the ferry crewman holding open the gate yell, “Ten seconds!” I practically fell onto the boat and he hadn’t been kidding about the ten seconds; the gate was slammed shut right behind me.

The ferry follows the shore and offers brilliant views of the water, the stunning homes that line the beaches, and the many little islands.  The ride is supposed to be about half an hour, but our ride was called upon to detour to one of the islands in order to “rescue some stranded tourists,” as our captain announced in an extremely unconcerned voice.  It was barely four-thirty PM at this point, so I can understand tourists being surprised that all boats off the island are done for the day.  I wonder how often things like this happen. 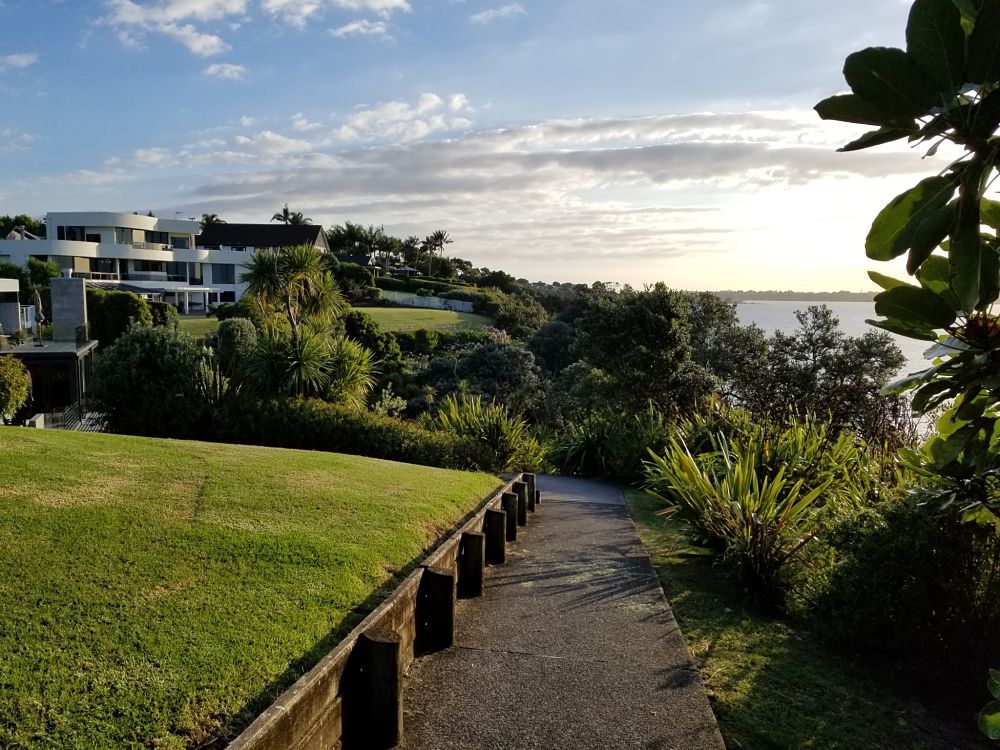 A section of the walk from my homestay to the ferry at Half Moon Bay.

I met my friends at the “park,” which is a very small patch of grass at the base of the silo overlooking the bay.  There were food tents, carnival games, a craft booth where you could make felt Valentines, and a man with a typewriter who would write a poem based on a description of your beloved.  There were signs everywhere promoting the event series this evening was a part of: Summer at Silo Park.  These signs all had lists of other events in February, and I’m always tickled to see “summer” and “February” in the same sentence here.

The food tents represented the culinary diversity I’ve come to expect of New Zealand (growing up I’d always thought Washington, D.C. had a ton of food options, but D.C. has nothing on Auckland): there was a popcorn station, Italian gelato, spicy fried chicken, Mediterranean wraps, American hot dogs, Indian curry, Chinese meat buns, and quesadillas.  I decided to be adventurous and got fried chicken on top of a Belgian waffled topped with Canadian maple syrup and garlic butter.  I know it sounds bizarre, but it was actually delicious.  My friends and I ate on a bench while fending off the hordes of seagulls and sparrows that lived in the park and had long since lost any fear of people.  I never get tired of seeing seagulls everywhere I go – it makes me feel like I’m on a beach even during those rare moments where I can’t actually see or smell a body of water. 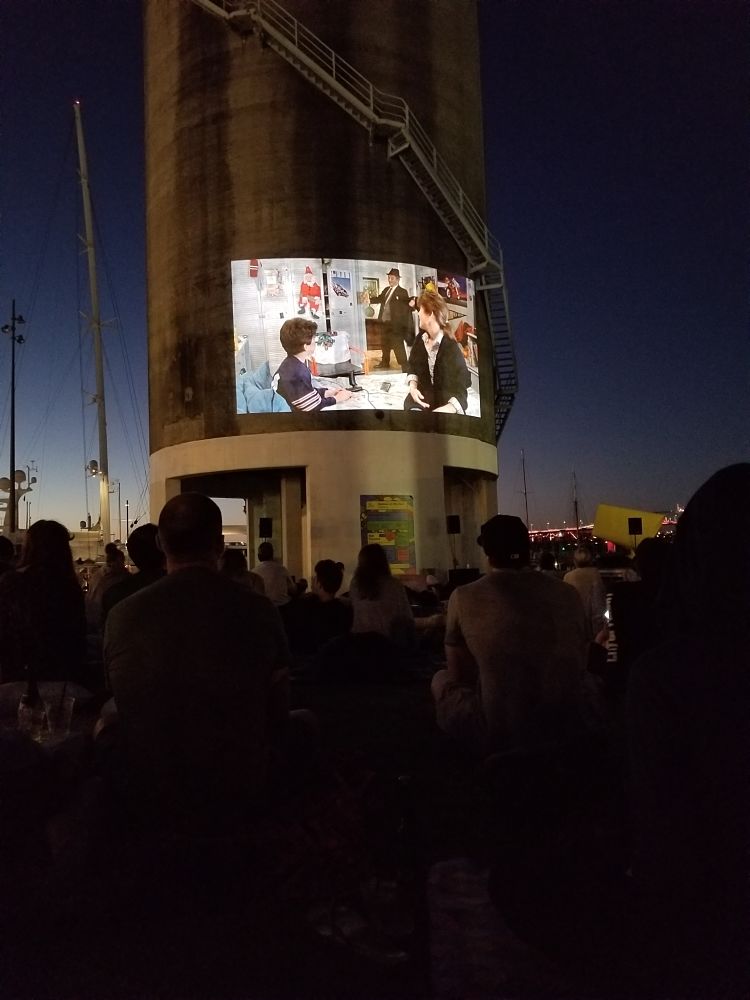 The movie was quite correctly advertised as “The greatest love story of all time…A classic fairy tale with swordplay, giants, an evil prince, a beautiful princess, and yes, some kissing.”

The single funniest moment of the night came half an hour into the movie during the Battle of Wits between Vizzini and the Man in Black.  It’s a wonderful scene that I have been quoting since I was five years old, but I’ve never paid much attention to the line that says “Australia is entirely peopled with criminals.” It’s merely an amusing line, but listening to this Kiwi crowd you’d think it was the most hilarious thing in the movie.  I’ve been slowly realizing that it’s a sort of running joke (or not a joke at all, depending on who you ask) here in New Zealand that Australia is viewed kind of the way New Yorkers look at New Jersey.  It didn’t strike me at first, but then I’d hear little comments here and there, and then I had a few people eagerly jump to inform me about Australia’s history as a penal colony and the criminal ancestry of modern Australians.   I’m told the rivalry is mutual, and it’s all in good fun (depending on who you ask).  It makes the New York side of me feel right at home. 🙂