As an international student, I am automatically put into a group called KUBA. KUBA stands for Korean University Buddy Assistant. They are a club/group of Korean KU students that desire to give the visiting students a great time during their stay. Originally, at the orientation, they told us they plan events for us every single Saturday, which to be honest seems excessive. I’m impressed that a club would go through such lengths, but they have. Since there are 800 international students, they split us into nine groups with multiple Korean student leaders.

I have the pleasure of being in group 3. I’ve already met so many Korean and international friends through my group. On top of the Saturday plans, we also go out with our groups for dinner every Thursday. The dinners have become the best moments to become closer with the KUBA leaders. Each of the leaders have been welcoming and eager to show us the fun side of going to Korea University. Though I feel like I enjoy our weekly Thursday dinners the most, so far the Saturday events have been nothing but fun. 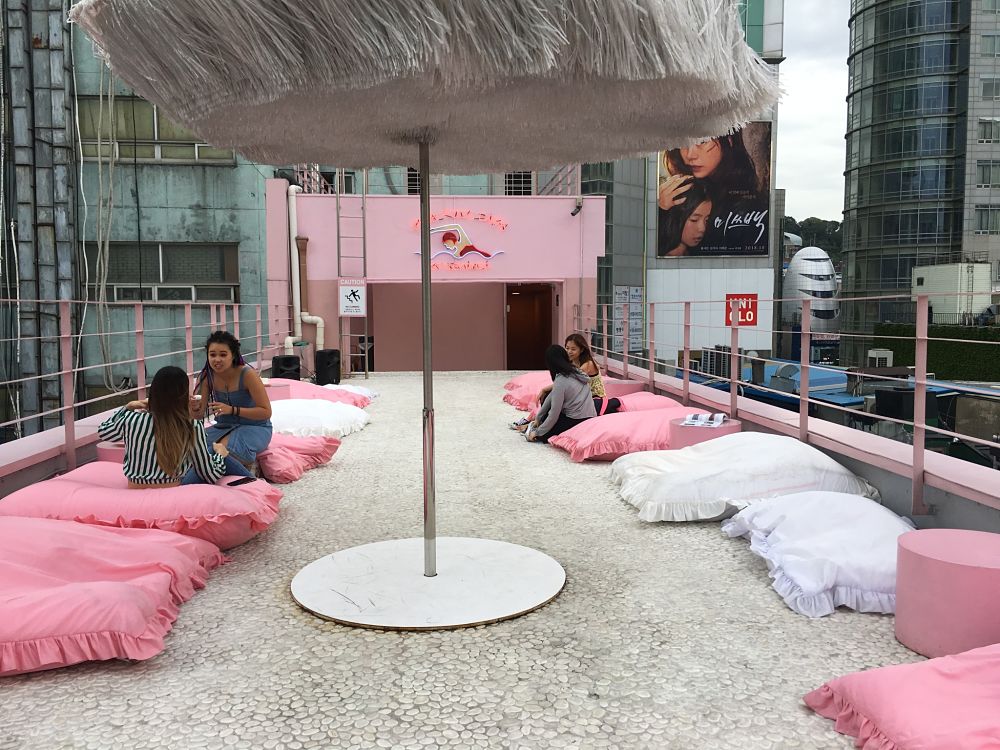 My friends and I came upon a multi story store/cafe where on the roof you can sip your drinks and lie on huge pink pillows.

So far, we have had two Saturday events: Lotte World, and our Cheering orientation. Lotte world is basically Korea’s version of Disneyland; and similar to Disney, Lotte pretty much owns everything. The theme park was especially fun because I had already created friendships with many of the KUBAs. I feel like being able to explore the amazing places of Korea with a native makes it possible to get more out of it. Many of the Koreans weren’t as excited because to them Lotte world is more for kids, not college students so we ended up leaving hours before it closed. Though we left early, we ended up going out for a fun dinner in the Lotte shopping mart. I’ve heard not every group has built the bond mine has, and the proof is that they have invited to hang with us outside of these planned events. 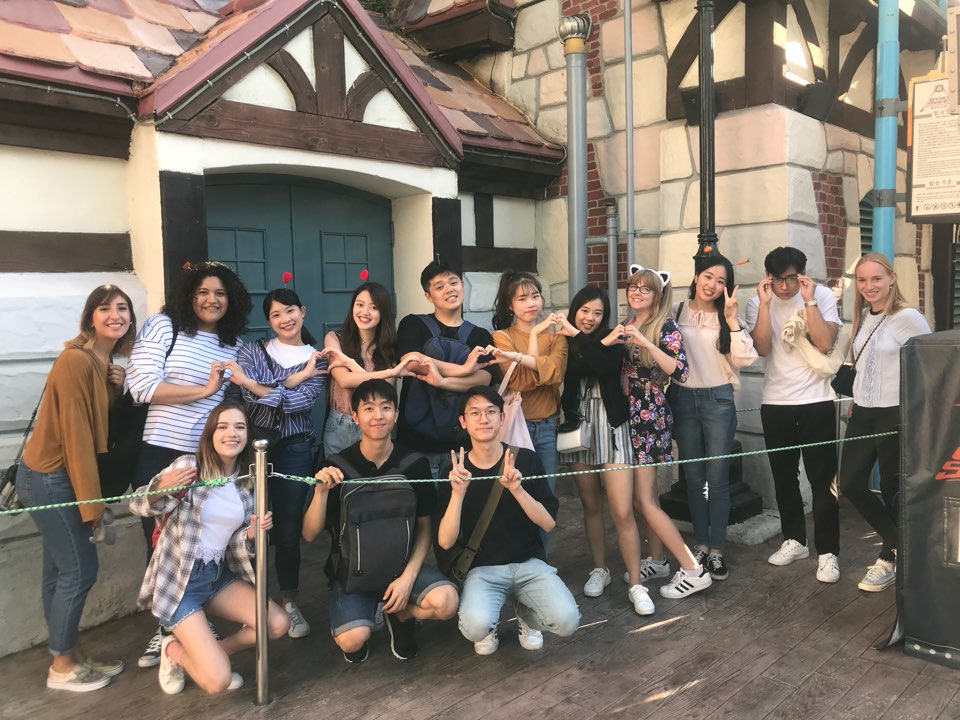 Many of my group members and KUBAs at Lotte World.

Cheer orientation was our most recent Saturday event. It was great experience, but painful. The orientation started with a quick history of Korea University and their rivalry with Yonsei University. Basically, since 1956, Yonsei and Korea University have annual game matches which have been considered to most fierce and heated rivalries in the country. Some of the games include, hockey, basketball, football etc…the universities teams of each sport compete against each other. As you have probably caught on, these two universities take these games SUPER seriously. After the introduction to the importance and fun of these games, they introduced the cheer team of KU. I’m not exaggerating when I say there are about twenty or more intense cheers that the audience memorizes. You can’t attend a game without knowing these cheers so one of our KUBA events was to teach all the international students. 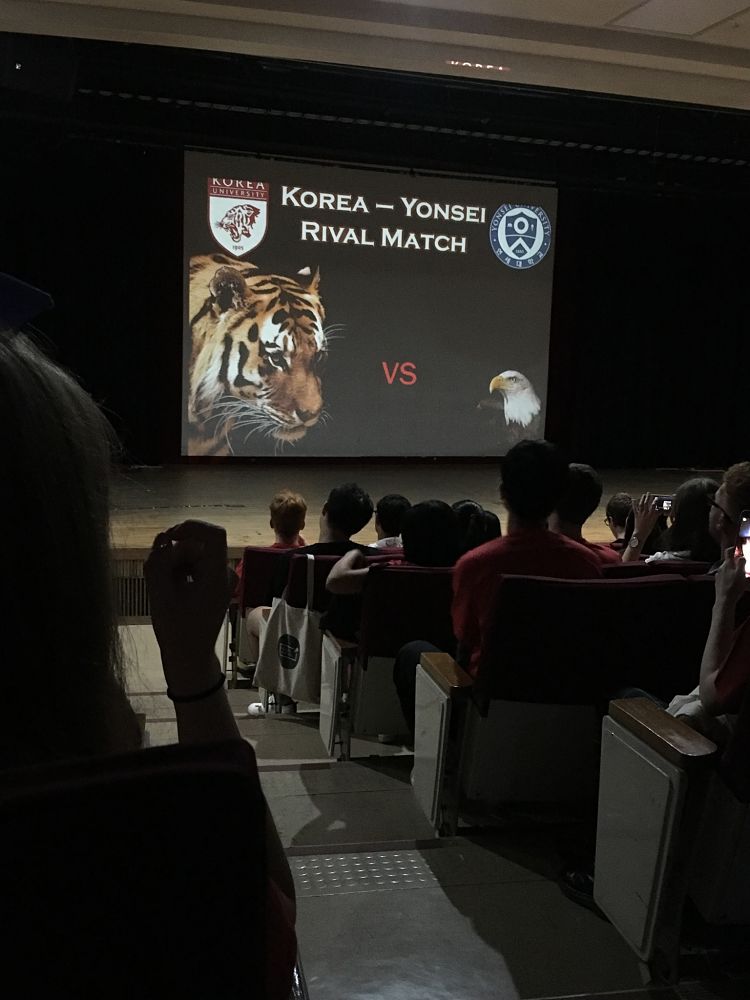 Coming into it, all of us international students thought it was going to be some easy going simple cheers; we were wrong. I came out of it feeling like I ran a marathon and did a hundred sit-ups. The spirit and dedication in this tradition was so impressive. Though the games aren’t for about a month, I can already tell this huge event is gonna one of the most fun and most painful time of my life. Though I’m only here for a semester I know how competitive I am so I’m sure I’ll fit right in.

So far the KUBA events and dinners have made my stay on campus ever more fun; but I do agree it does sometime keep us international students from on campus events. With the exception of the Yonsei-KU rivalry games, many of our dinners are on the same nights as campus events. I found myself missing a couple campus events so I’ve come to terms I may need to switch off and on of KUBA events. Over all KU is filled with spirit and the KUBAs have welcomed us to be apart of it.