After being here for about three weeks, for most of the time, I was pretty much just an average “tourist”. My main purpose in the country was to experience the culture, visit museums, and eat their delicious food. Whenever I was roaming different areas of Seoul and saw another foreigner (non-Korean), I wouldn’t think much of it and just assumed they were here doing the same things I’m doing. It wasn’t until I went to Sunday mass that it started to get me to question why foreigners are here in South Korea, the same, this very moment too.

The cathedral I attended had two masses offered in English and the rest were in Korean. Upon arriving to mass, there were to my surprise tons of foreigners, but what I began to think about was that among people that are native English speakers, there were people who wanted to come to mass or even Korea to the point where they rely on their second or maybe even third, fourth language. When I chose Korea as where I wanted to study, I put the fact that they provide courses in English and that in the city of Seoul, English is used on signs, shops, restaurants etc. above everything else… Many of these people in mass did not have the pleasure of having their native language as the language used to translate or that was spoken. I don’t question that they wanted to be here more than I because I really badly wanted to study and visit Korea and have loved it so far, but I wonder what extra steps or contemplation they went through to confidently choose Korea. 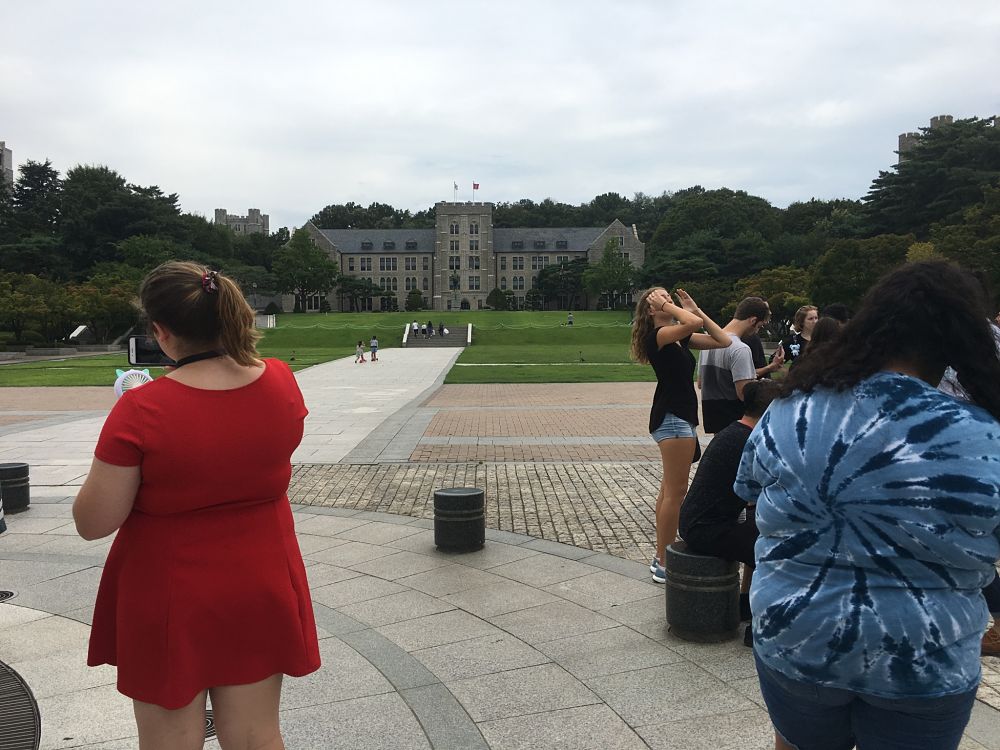 My first visit to the campus with my TEAN group. This was definitely a moment where I felt like a foreigner, and stuck out from the crowd.

I began to think about it more when I attended my first classes this week. Being a foreigner in a class with Korean native speakers, the foreigners tend to gravitate towards each other in class so they can discuss the different discussed topics. In most of my classes, I have started meeting other exchange students, but surprisingly most of them have been from European countries or China. I know that most of those countries learn English in school at a very young age, but even so many struggle. The ones who are  not confident in their English have to sign up for English classes because they at least know more English than Korean, but it still impresses me that they really wanted to come to Korea for a specific purpose that language won’t get in their way. It just impresses me that someone could take a college course in their second language in a country they don’t know any of the language or at least very little. What was the thing that drew me towards Korea University, what attracted them to live 4 months in this situation? 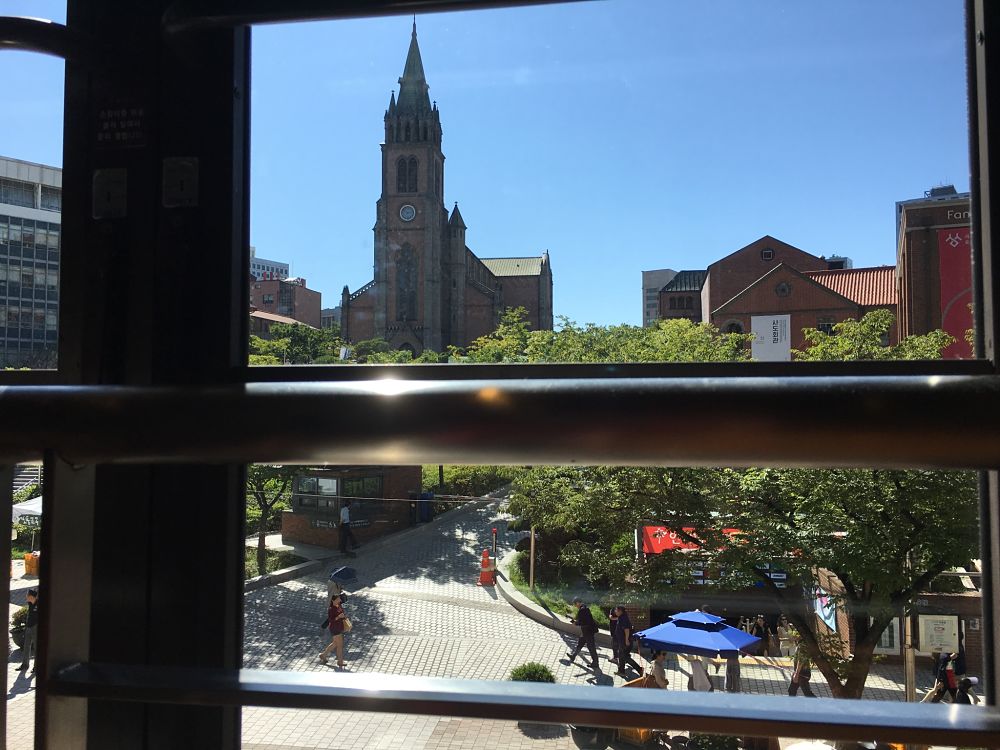 Myeongdong cathedral: 7am and 9am mass are in English. The regular priest there is from Ireland. I was a little disappointed that there wasn’t something in the church that brought Korean traditional style with the European style they went for.

Speaking of foreigners, I never thought I would be one. Here people will look at you because you stand out as a foreigner. I would find myself thinking, why do they assume I don’t live here? I realized that was the American asking that question. In America, if you see someone who doesn’t look like you, you don’t assume they don’t live in America or they are just visiting. The concept of foreigner is definitely something I have been getting used to, but I also find my American pride coming out where I don’t want to be seen as a foreigner. I know that isn’t the best mindset, but I can’t help it. Foreigner is a strange word to me, but that’s what many Korean students call us so I guess that’s who I am for a semester.