And so, we come to my final blog post, and the realization that it was time to go home and finish things up. Towards the end of the semester, I must admit that I didn’t have too much time to write- if I wasn’t focusing on final exams or assignments, I was hanging out with friends before my trip back and getting as much out of my stay as I could. I ended up spending my final day with two of my close friends, visiting a shrine and getting Thai food before wishing each other luck and going our separate ways.

Even with the plans to pack ahead of schedule, I still ended up having to hurry to get to the airport. I was in Tokyo, and had to get to Narita, about an hour and a half from the city, with no access to internet due to turning in my rental phone- and three suitcases. The group I was set to go with also left early, leaving me a bit lost in terms of what I was going to do. But luck was on my side- it ended up being through the help of my Japanese neighbor, and a good friend that I made on this trip, that I could get to the airport on time. He was gracious enough to not only help me find my way to the station needed to get back to Narita, but also gave me his soccer bag to carry my extra luggage. I don’t know if he will ever read or see this blog post, but I won’t forget that gesture- and I hope I’ll get to hear from him again one day and that he’s doing well.

From the station, I switched tracks and bought a shinkansen (bullet train) ticket to Narita. The ride was swift, smooth, and quiet, with the large rounded window offering a chance for some final photos- and glimpses- of Japanese society before heading back to the United States. It was a surreal feeling, to say the least, but I didn’t focus too much; for the past week, I had been doing nothing but school work, packing, and preparing to go home, and it was all driving me a little insane… I actually looked forward to the boring 18-hour flight because it meant that I could finally get the sleep that I deserved. 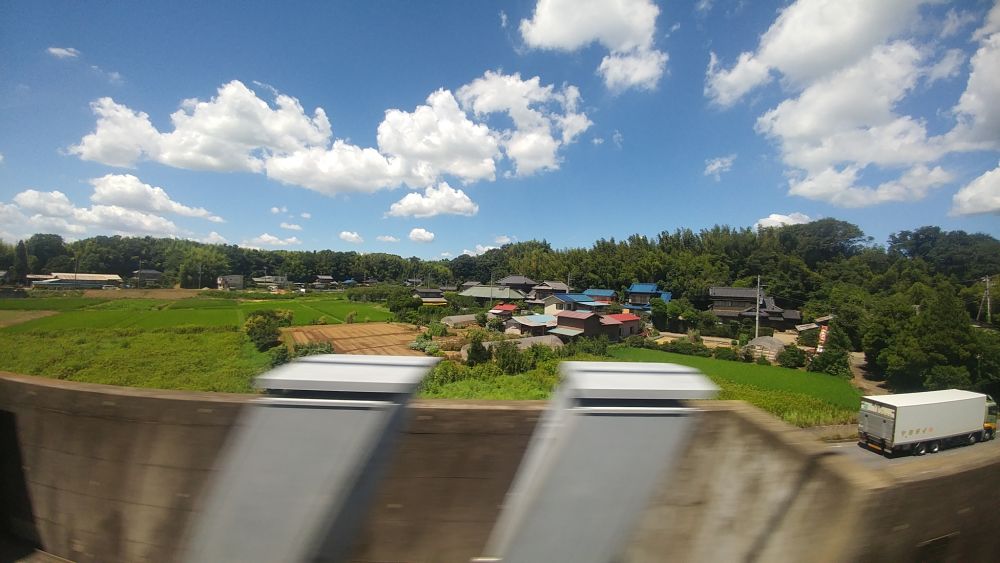 Sayonara, Nippon: A goodbye from the Shinkansen

And the plane ride was swell. I lucked out that the two guys next to me were close enough in my age that we could have a comfortable and relaxed conversation with one another, but also respect our boundaries and not talk too much. A good 30-minute conversation before the flight, and then we all tuned out and went to bed. Best seatmates ever. And not a day later was I back at home, laying on my bed and looking at the ceiling with no desire to travel for a good, long time. I was back, and it was good to be home.

I guess it would be weird to say that I don’t miss Japan, but five months is a long time to spend in any country, especially when you’ve never really traveled internationally. I will miss its cleanliness, scenery, food, events, and pop culture, but it’s also nice to take a step back and just breathe for a bit. Japanese society can be very demanding and rushed, and I didn’t notice how tired I actually was until I got back. Every morning I woke up at six, commuted fifty minutes to campus (one of the shorter commutes among international students), got my daily load of reading assignments and quizzes, took the train back, bought dinner, and would finally get around to studying at maybe eight at night. I usually had to save social activities for the weekend, and had many nights where I could never fall asleep, or would only get four to five hours at a time. My mind would be racing. And, on top of that, you have to walk everywhere, so you’re physically, emotionally, and mentally exhausted. Don’t get the wrong idea here, the trip was great- but it sometimes felt like being in the rat race for five months, something that has given me a lot of insight for what I want in life (or, more specifically, what I do not want). I might still get bored, but I’m no longer antsy- as in, now I embrace the fact that I sometimes have nothing to do, and I don’t mind it. Relaxation has taken on a whole new meaning. 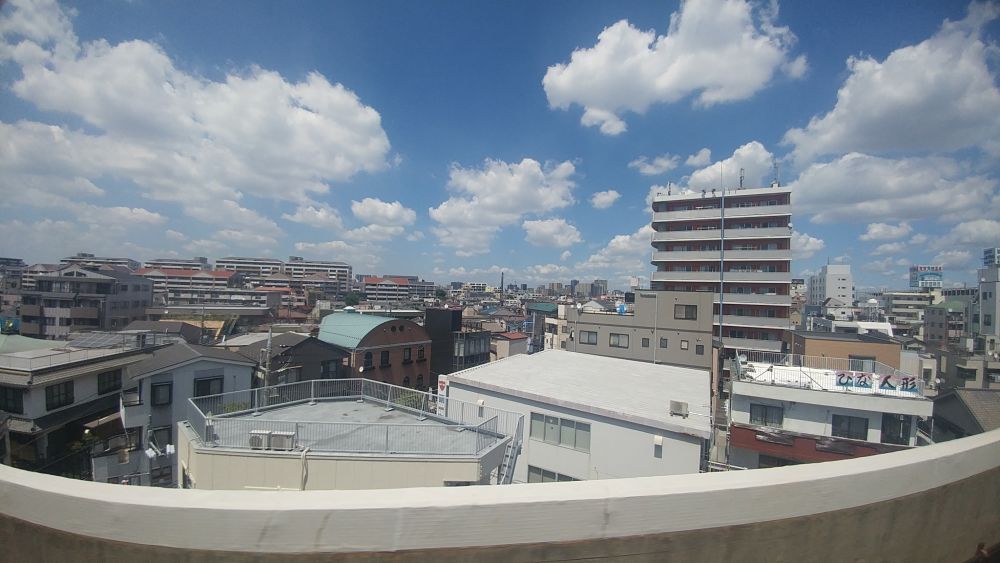 I realize that the United States has been emulating, for lack of a better word, many of the ways that Japanese society works. There is a pervasive level of anxiety that seems to surround the entire population, and I think that the trip helped me to recognize that it can sometimes do more harm than good. Japan has a very productive and successful workforce, yes, but the dark side of this is that a lot of people bottle up stress and show no emotion towards it. I see the same thing with students in school, early graduates finding jobs, and people coming to and from work. People become overworked and set high expectations for themselves. It’s not as heavy as it is in Japan, but it’s there, and it could certainly escalate. With that, it’s important to recognize what you want in life, and to maintain a healthy work-life balance.

Despite all of this, Japan was still a fulfilling trip, and I think that I did more in those five months then all my previous college years combined. It would certainly be an understatement to say I left the country satisfied- in retrospect, the trip benefited me in more ways than one, and I gained a lot of wonderful friends and experiences. I got to go to exclusive events and performances, locations like Hiroshima and the Ghibli museum, and even worked as a mangaka for my university’s magazine. I even had the chance to have pizza and drinks with the CEO of a Godzilla toy company, something I didn’t even consider a possibility until the opportunity presented itself. Everything I got to do is surreal when I look back at it, but I wouldn’t have it any other way; I realize now that I couldn’t have picked a better time to go to a place like Japan. When you’re in college, you retain a lot of childlike innocence and wonder but are also at the maturity level to do things on your own. It’s something that helped me to appreciate the trip more, but also give me an added sense of independence.

And now I’m back home, readjusting to society and trying to remember where I left off. It’s been a long journey, and a great adventure, but I’m happy to be back- I guess there really is no place like home. And with that, I think it’s time that I bring this post to a close. I hope that you’ve enjoyed reading these posts as much as I enjoyed my trip. There’s no telling what’s next in store for me, but I’ll be looking forward to it- the world is a big place.