“Yesterday is gone. Tomorrow has not yet come. We have only today. Let us begin.” This is a quote I recently learned, from St. Mother Teresa of Calcutta. It’s now one of my all-time favorite quotes because from a Christian perspective or otherwise, it really describes the peace that we can find by living in the present and not worrying about things we can’t control. I hope you also can appreciate its simple motivation to make the most of each day. This is especially important during any time we spend visiting other countries, but I don’t know why we rarely apply it to our “normal” lives.

This week has been my last week in Ireland, and I have repeated this quote often to myself as I took this week one day at a time. I spent my time after work re-visiting all of my favorite places in Dublin and making sure I was ready to go home. This summer has been one for the books, and honestly truly exhausting. I think that during any study abroad experience you are meant to realize something big that you take with you going forward, whether it’s that you love the place you spent time in and want to live there eventually, or if you discover that you’d rather stay at home; it could be anything, but something significant will always come out of these times. 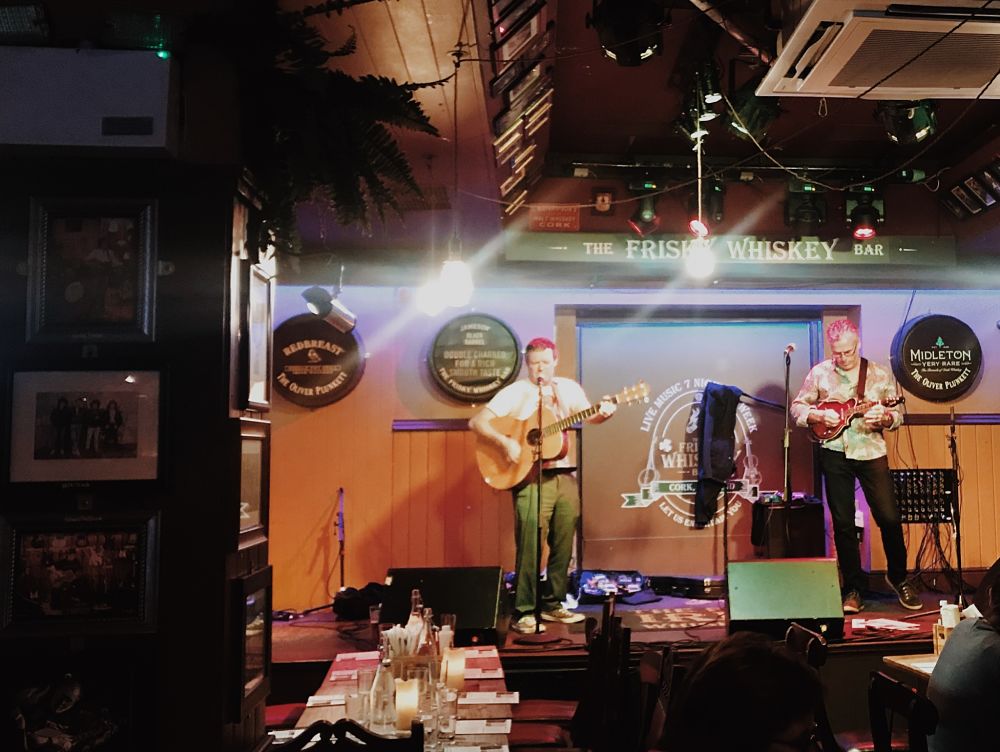 Live Irish music is definitely what I’ll miss more than anything. It’s such a joyful noise.

For me, since I’ve been interning abroad rather than studying abroad, my big takeaway is that I’m not ready for full-time work. It’s not hard to see the irony in this, considering I came to Dublin for a full-time internship experience, but it’s not the work itself that was the problem. I learned so much, and I was enjoying what I was doing. This has shaped the direction that my career will take in the future – key word future. I have not enjoyed spending my summer with my days structured entirely around the time in the office; it makes the days shorter, and sometimes work and the commute were all I had energy for. I guess I’m not ready for my life to be that focused yet, and it’s good because I don’t have to be. I have one more year of school, and believe me when I say I’m going to make the most of that. 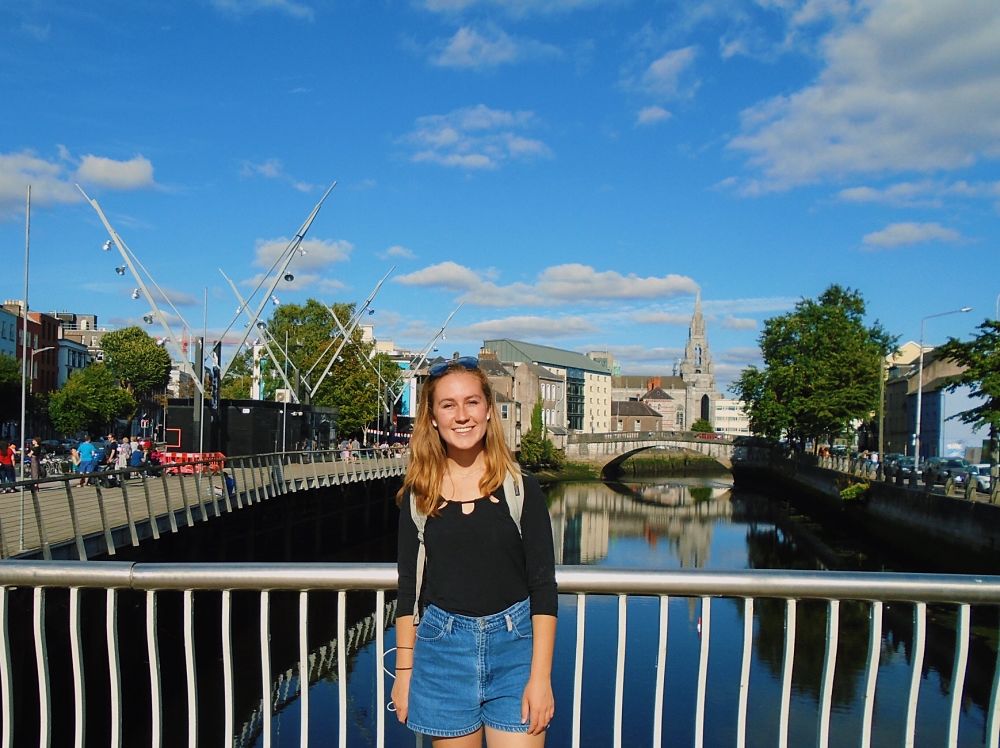 Me and the River Lee

Last Saturday I visited Cork, which is a smaller city in the south of Ireland. It was a 2 ½ hour train ride away, and I was so happy that I took the initiative to plan the trip for myself. When studying abroad, it is so important to see as many different parts of the country as you can, and I knew I had to take one more excursion during my last weekend here. The trip was also more than affordable because Ireland has student deals on train tickets – I had no idea that they’re only about half the price of normal adult tickets! What am I going to do when I’m not a student anymore?? 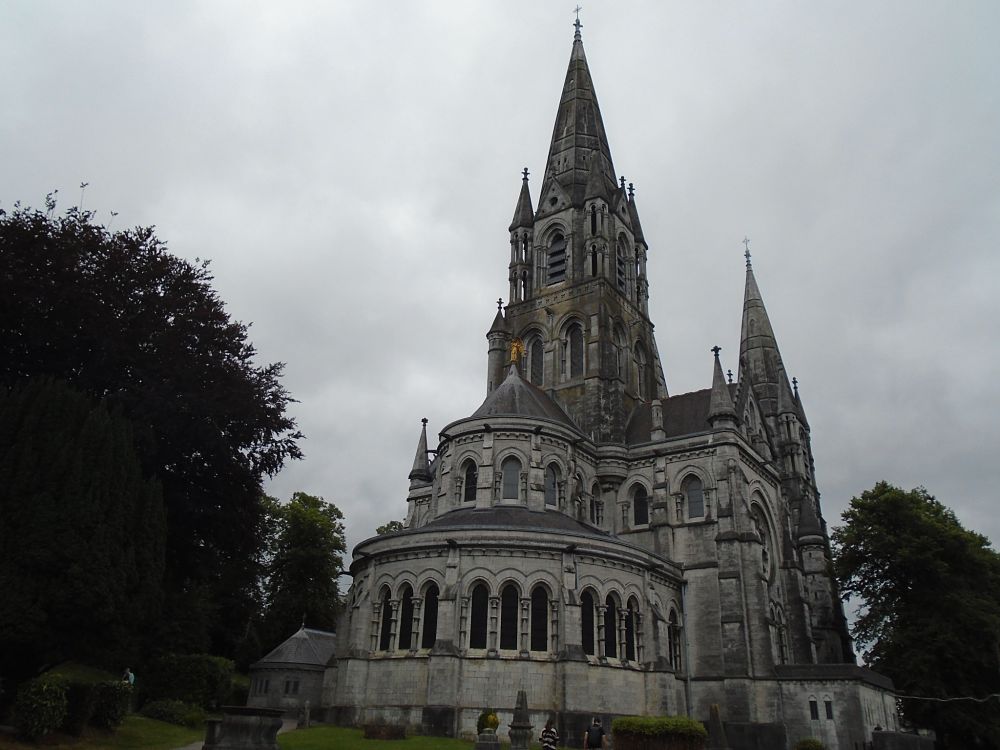 St. Fin-Barre’s Cathedral in Cork is an impressive sight.

Anyways, Cork City was one of the most charming places I’ve ever been (and I’ve been to a lot of charming places) …if you’re ever in Ireland, don’t pass on a visit there. The people were so friendly and the city was very unique. It’s unexpectedly small, so that while aimlessly exploring the streets I would often realize that I’d walked past the same places multiple times. My day trip to Cork is a testament to how much you can do in a day; I didn’t even get to the city very early, and I left fairly early in the evening as well, but still saw everything I wanted to see and more. 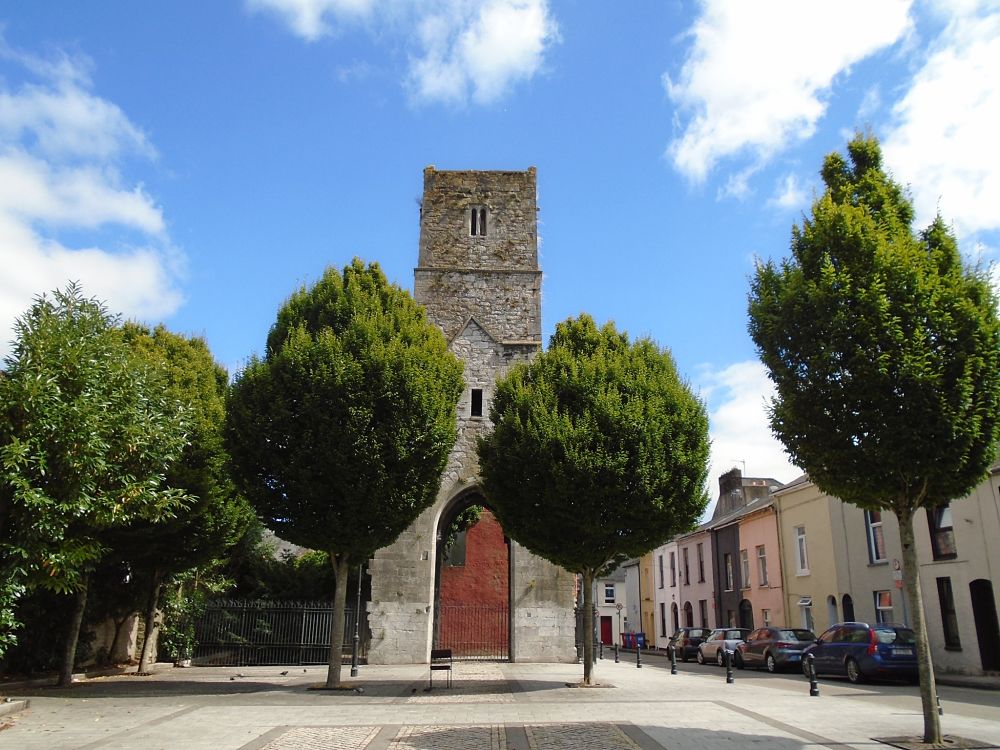 The tower of the Red Abbey, which has stood in Cork since the 13th century AD. The neighborhoods have grown around it. 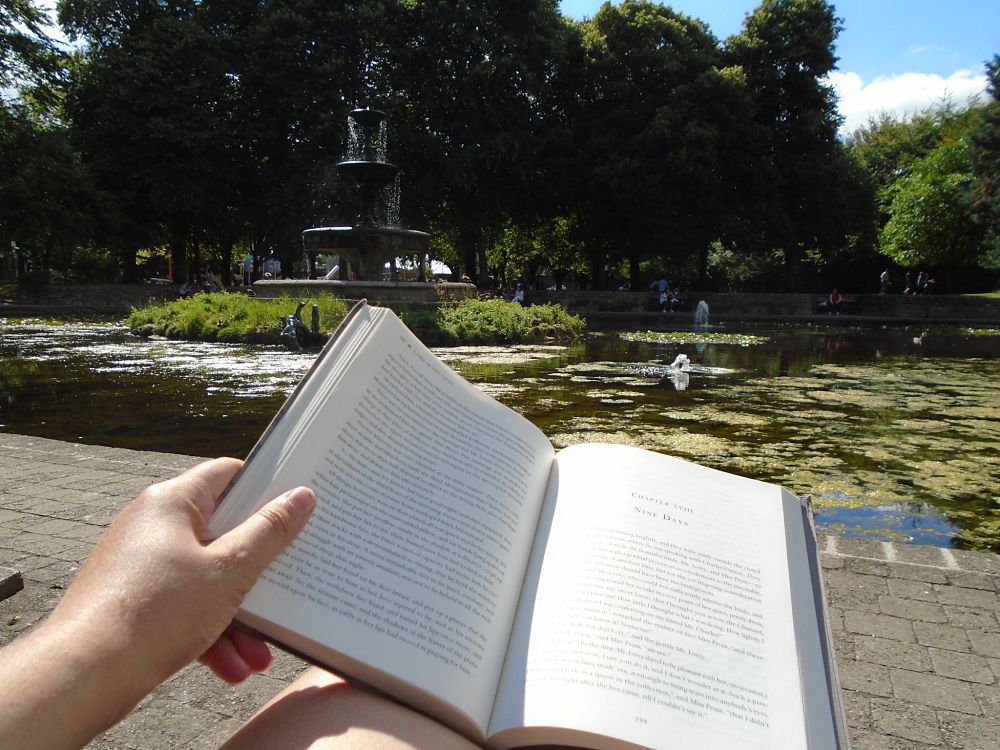 I spent the afternoon in the gorgeous Fitzgerald Park. Cork is really homey, I’m so glad I visited to see a different part of Ireland and a less touristy city.

I learned that Cork City is where the Irish rebellion from Britain began in the early 20th century. My whole day had been spent exploring and observing, and I had noticed that many monuments to Irish history as well as artwork about that time period graced the streets. The reason for this didn’t click in my mind, however, until the end of my day when I was passing time at a pub before making my way to the train station. While enjoying some traditional Irish music, I struck up a conversation with an older gentleman who told me he had lived in Cork his whole life. He introduced me to a new beer called Rebel Red, saying I had to try it before I left Ireland. I only had time for a half-pint, but it’s definitely one of my new favorites. The significance of that beer in Cork obviously is that the Rebel Party in Ireland originated in Cork; the Irish Civil War started in Cork, and it was really cool to get this short, patriotic history lesson from a resident of the city. I got the impression that Cork is one of those places where the people who live there are “from Cork” first before they are “Irish” – if that makes sense. There is a very strong sense of pride in their city, which I realize must be in part because of that history. They’re very proud that the rest of Ireland has Cork to thank for its independence. 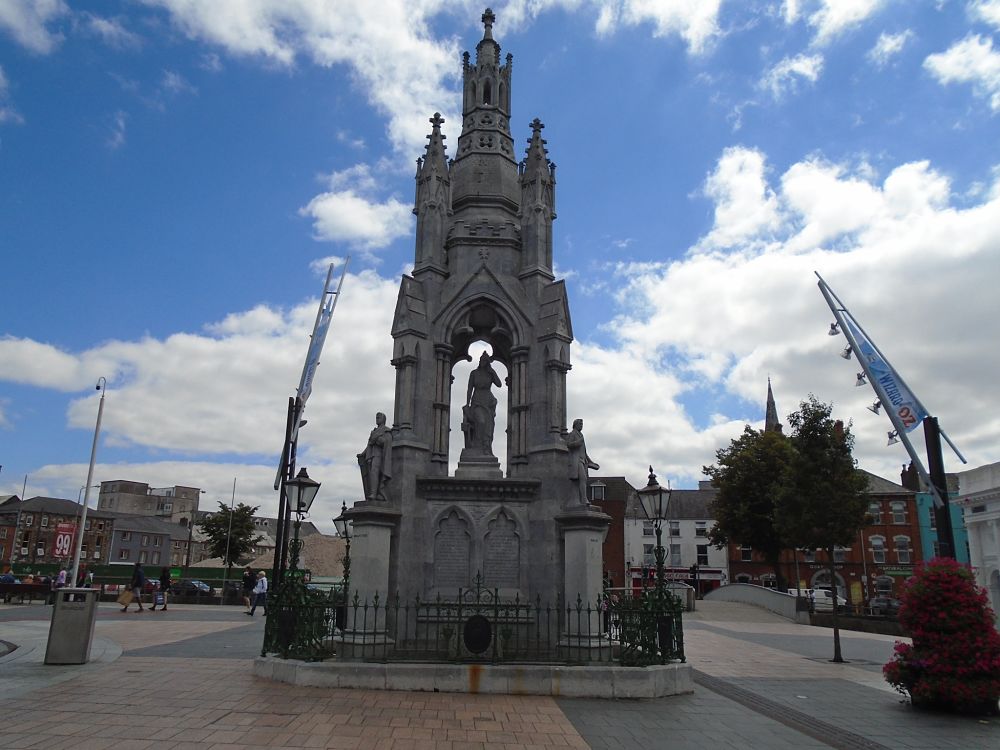 This is the “National Monument” situated in Cork’s city center; it commemorates those who led the movement for Irish independence.

As I write this I am getting ready to go to my last day of my internship here in Dublin. I’m looking forward to celebrating my last day with my supervisor and coworkers, thanking them for everything I’ve learned this summer, and making sure to keep in touch. Tomorrow I fly back home, and right into the start of my busiest semester yet…when I get home is when I truly will learn how much can be done in the length of a day. I hope I remember what I’ve learned in Ireland this summer and will plan for the future accordingly, while living day by day.